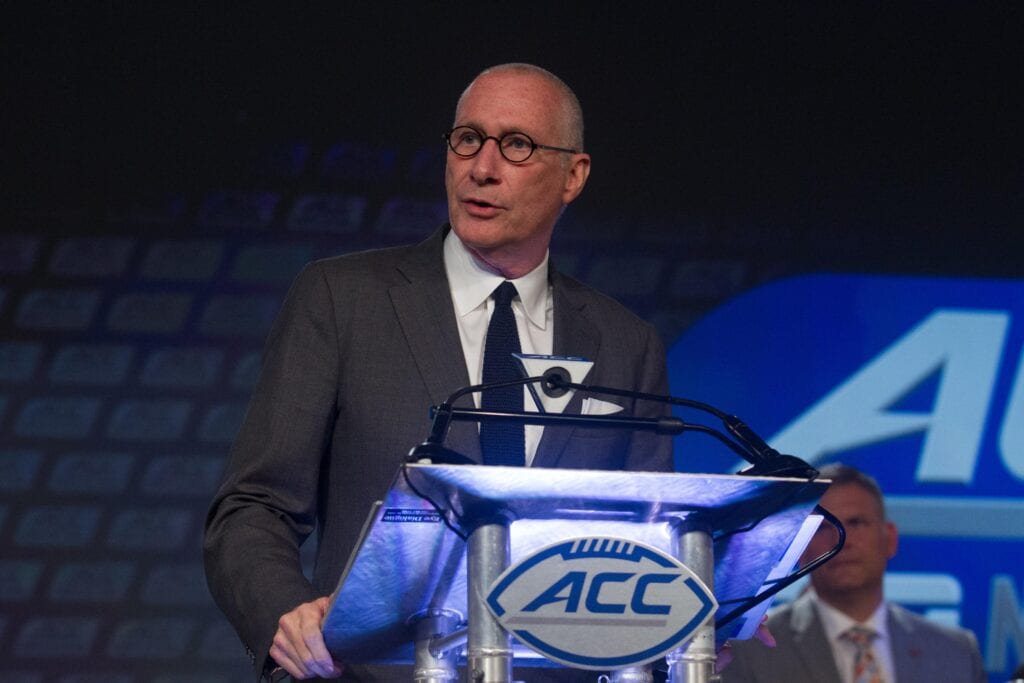 Heavyweight champion Anthony Joshua  has been making the media rounds in the United States this week to promote his upcoming title defense against Jarrell “Big Baby” Miller in New York City on June 1st. One place he won’t be seen to promote his bout on June 1st is on ESPN.

As first reported by Richard Deitsch of The Athletic,  Joshua was scheduled to be see on  ESPN across a multitude of shows including their highest rated show “First Take”.

The DAZN camp which is airing the heavyweight fight on their streaming service was advised from ESPN representatives that everything originally good to go, but were scrapped and suddenly cancelled.

The speculation is that DAZN which is headed by John Skipper, who was at one time the former longtime vice president and president of ESPN wasn’t going to be promoted what would be in their eyes a rival promotion.

We’ll see if this holds true as Canelo Alvarez, who is scheduled next week to begin his press tour for his fight against Daniel Jacobs on May 4 in New York City is also for a fight on the streaming service DAZN.

ESPN when they were reached in regards to it stated that they wanted to have Joshua on closer to the June 1st date of the fight. Joshua (22-0,21 KOs) and Miller (23-0-1,20KOs) square off in Madison Square Garden for Jousha’s WBO, WBA,IBF and IBO heavyweight titles in what will be his United States debut against the Brooklyn native Miller.

However, the war of words started earlier this week in a press conference held on Tuesday introducing the fighters which lead to shoving and profanity laced tirades and barbs at one another.

Joshua did however in his media stops dropped by the SiriusXM radio show “Sway in the Morning” and delivered this freestyle aimed at Miller below.