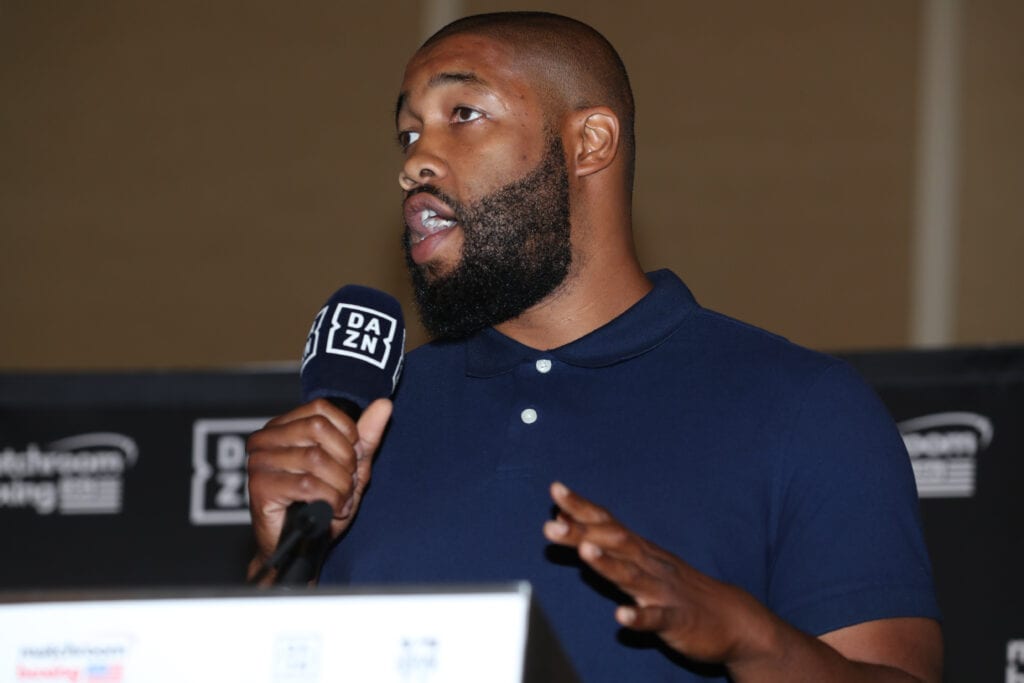 Witherspoon is looking for an upset of Usyk

Chazz Witherspoon is taking on Oleksandr Usyk this Saturday, and to say that the odds are against him is an understatement.

Let’s start with Witherspoon being door number three as a fight option for the former cruiserweight champions heavyweight debut after one matchup with Carlos Takam scrapped due to injury and the lastest as of this week in Tyrone Spong due to failing a prefight drug test.

The 38-year-old Witherspoon is also coming off a victory of Santander Silgado in March, which ended bizarrely after Silgado sat in his corner instead of going out for the third round, giving Witherspoon the victory. The fight, which ended abruptly, had Silgado up on the judge’s scorecards after two rounds. 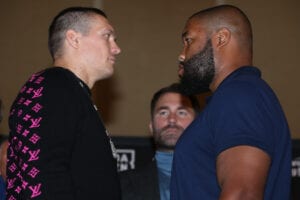 In an interview with Bite Down Boxing, Witherspoon likes his chances of going up against the undefeated Usyk.

“Usyk is a type of fighter that can do many things, so it’s not really like you can come up with one strategy that’s going to work against a guy like that, ” Witherspoon said to Bite Down Boxing in terms of a gameplan Saturday night. “You kinda got to feel it out and see what’s going on and take it from there.”

That is what is making the debut of Usyk so intriguing at heavyweight is the fact that he has been so many different things in the ring. Witherspoon confirmed as much in preparation for the main event contest att he Windtrust Arena Saturday.

“We watched different tape on the guy and he’sone guy in one fight and another guy in another,” Witherspoon said.

While Witherspoon came on short notice, he is looking to make the world take notice Saturday night.

“What else would I be here for?” Witherspoon said. “I’m not here to play tiddly-winks. I’m going to try to bang him, and if I see the shot, I’m damn sure I am going to take it, and that’s what I’m here for.”

Let’s see if that will be the case when these two meet.

Mayweather out of exhibition, May-Pac 2 the reason
Barrios-Akhmedov 2 ordered by WBA
Advertisement
To Top