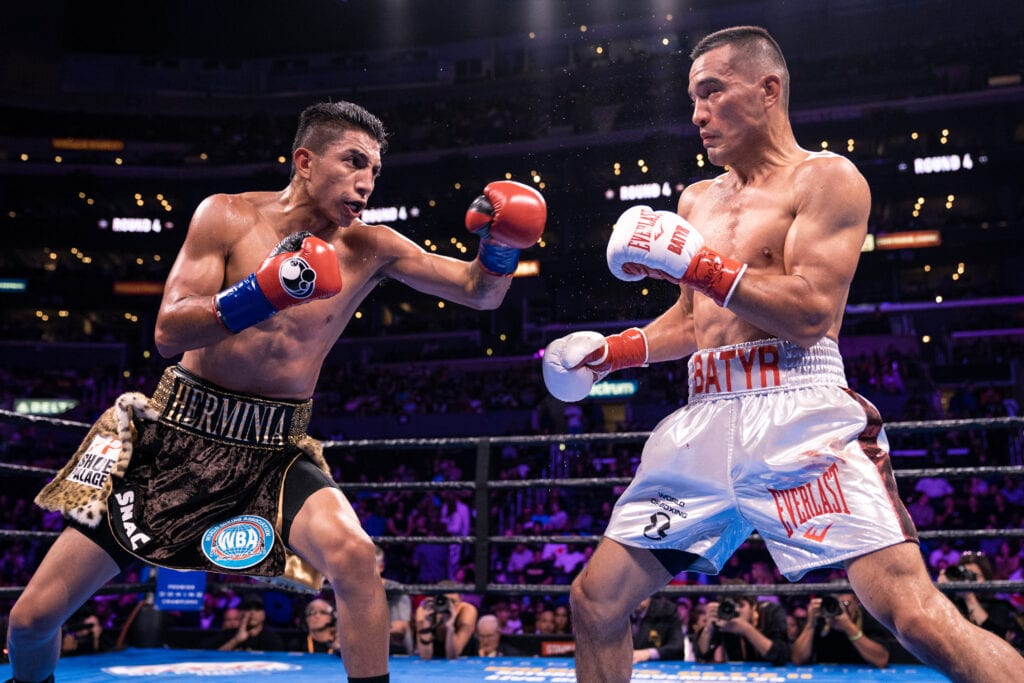 World Boxing Association (WBA) announced on Saturday that it has ordered an immediate rematch of the September 28th Junior Welterweight World Title fight between Batyr Akhmedov and Mario Barrios. The two sides now have thirty days for a free negotiating period before a purse bid is called.

The first fight, thoroughly dominated throughout by the 28-year-old Akhmedov, was controversially scored for Barrios by scores of 114-112, 116-111 and 115-111 which caused a massive uproar amongst the huge crowd at Staples Center and the ringside media all of whom scored the fight for the Uzbek. Fans also immediately took to social media in droves to voice their displeasure.

Fair call: “The World Boxing Association (WBA) has ordered an immediate rematch of the September 28th Junior Welterweight World Title fight between Batyr Akhmedov and Mario Barrios. The two sides now have thirty days for a free negotiating period before a purse bid is called.”

At the request of World of Boxing Promotions, the WBA conducted a review of the fight by independent judges and concluded an immediate rematch was in order. The first fight took place as part of the Fox Sports Pay-Per-View event headed by the welterweight world title bout between Errol Spence Jr. and Shawn Porter.

“I’m very happy to have the support of my team and to have the WBA order the immediate rematch,” said the 2016 Olympian who represented Turkey. “I knew during the fight I was winning by a wide margin and was stunned when the fight was over at the announced scores. The rematch provides me the opportunity to fulfill my dream of becoming a world champion.” Akhemdov is trained by Joel Diaz in Indio, CA.

“We have always defended and will defend the positions of our boxers and welcome this decision by the WBA,” said Andrei Ryabinsky, who heads World of Boxing. “I want to emphasize that we have no complaints about Mario Barrios. He is a real fighter. I’m sure that the guys will please the audience with another great fight and let the strongest win.”

“It was very important for us to ensure that Batyr was given the opportunity to prove that he deserves the world championship title,” said Vadim Kornilov. “We look forward to this fight and we hope that justice will prevail this time.”