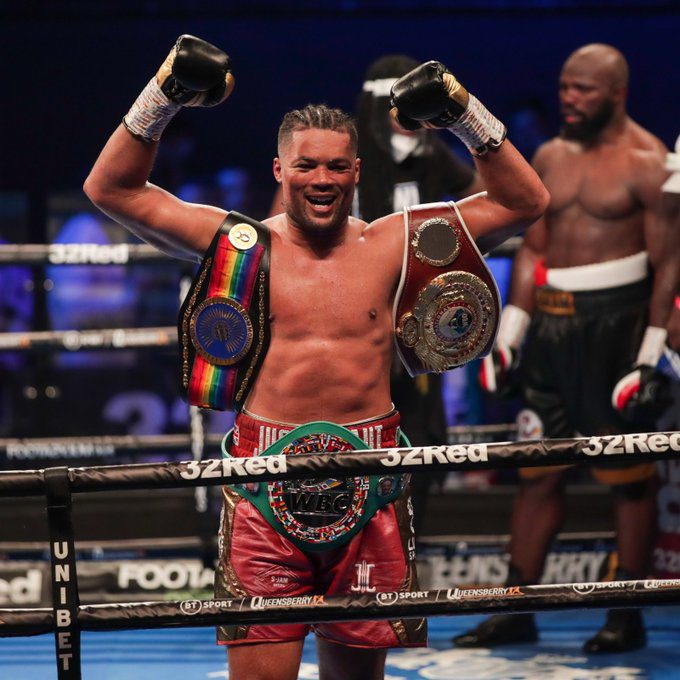 Heavyweight Joe Joyce is the WBO’s mandatory challenger but he knows he is in for a wait before he gets a title opportunity.

Oleksandr Usyk is defending that belt, along with his two others, against former titlist Anthony Joshua in a rematch on Aug. 20. Then the winner could very well meet WBC and lineal champion Tyson Fury the undisputed championship after that.

But Joyce is not about to sit idle, especially after having already been sidelined for nearly a year because of wrist injury.

So, the British big man will return to the ring for what most expect to be easy work in a 12-round regional title bout against journeyman Christian Hammer on Saturday (ESPN+ in the U.S., BT Sports in the U.K., 2 p.m. ET) at the OVO Arena, Wembley in London.

While Hammer cannot be viewed as a serious threat, he has faced a who’s who of quality opponents — Fury, Hughie Fury, Frank Sanchez, Luis Ortiz, Tony Yoka and Alexander Povetkin in losses — and usually gone several rounds with them, which should give Joyce a chance to put on a show while shedding the rust of the layoff and work on the things trainer Ismael Salas has been drilling him on.

Hear us previewing Joyce-Hammer on the latest “Big Fight Weekend Preview” podcast by clicking below,

Queensberry Promotions’ Frank Warren did his job at this week’s final news conference when he tried to talk up Hammer as being a potentially dangerous opponent.

“Joe is the WBO No.1 (contender) and we are looking for him to make a statement. He is in with a real tough guy in Christian Hammer, a real handful who, (two fights ago) went in with the WBO No.3 in Frank Sanchez and it went the distance,” Warren said of a 10-rounder in February. “So, he is a tough guy with a good chin. Joe has only had 13 professional fights and is in a tremendous position.

“Joe has got it all to do and I hate this type of fight to be honest. When Tyson Fury fought Otto Wallin in (Las) Vegas (in 2019) everybody thought it would be straightforward, but he got a dreadful cut and was fortunate to get to the end of the fight and not getting stopped. So, anything can happen in these fights with big fellas, and Joe has got it all to lose against Christian Hammer.”

Joyce (13-0, 12 KOs), 36, the 2016 British Olympic super heavyweight silver medalist, scored his biggest win in November 2020 when he knocked out then-undefeated and highly touted countryman Daniel Dubois in the 10th round. Dubois went on to claim the WBA “regular” heavyweight title on June 11.

Joyce followed the win over Dubois with a sixth-round knockout of former world title challenger Carlos Takam last July and then injured his wrist months later while training. But Joyce said the wrist is healed and he is anxious to fight again.

“I’ve had a great training camp in Las Vegas again with Salas, rehabbed the injury and I’ve been adding more tools to the arsenal,” Joyce said. “I am in a good place mentally, physically and I think Hammer is going to be a good test and a good fight. He is tough, durable and has been in there with some really good names. I am really looking forward to it, getting to work and maybe working on a few things in preparation for fights to come.

“I am not going to put any pressure on myself by predicting rounds. It could go the distance or I could take him out. He is a strong guy and I have seen him throw some big shots. It is a risky fight because I have got something they all want.”

Hammer (27-9, 17 KOs), 34, of Germany, who has been stopped in four of his losses, has had mixed success in previous fights in England. Tyson Fury and Hughie Fury both stopped him but he also scored an upset seventh-round knockout of David Price in 2017. He’d love to even his U.K. record at 2-2.

“I am really happy to get the chance of a fight with Joyce and I am looking forward to it,” Hammer said. “I am feeling very well and I am in good shape. This is a big chance for me and I will give everything. I haven’t come here only for travel. For this fight I have prepared really well and I want to show everyone a good fight.”