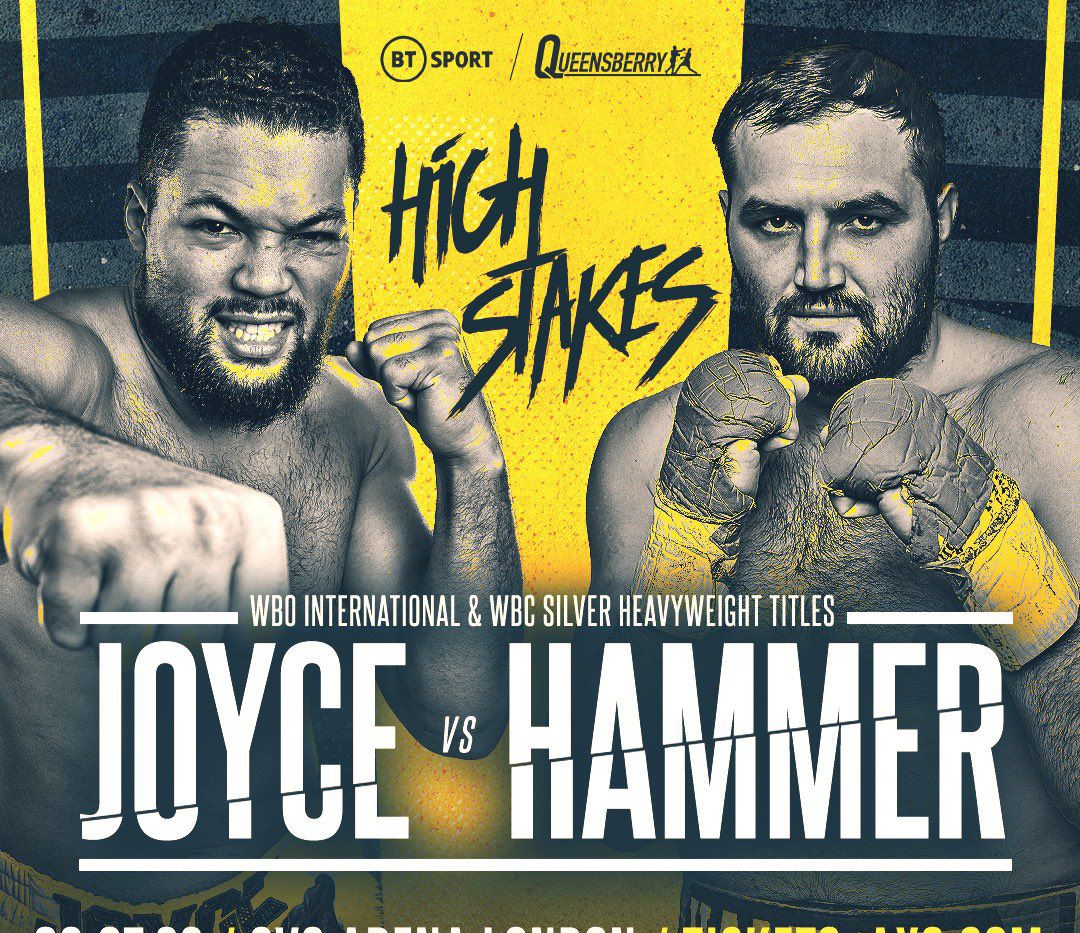 On Thursday afternoon in London, WBO #1 heavyweight Joe Joyce met with the media prior to his upcoming Saturday night main event for Queensberry Promotions against journeyman Christian Hammer. And, the unbeaten Joyce made clear that he’s ready for what comes after his likely win Saturday night.

When asked whether the 13-0, 12 KOs, the 36 year old Joyce is ready to “come through the door” for a heavyweight title shot, Joyce replied,

“Kick it in. Headbutt it in… I’m here. Be ready for a beatdown. Anyone in general. Anyone can get hit.”

As we wrote previously, Joyce has been eager to get back in the ring but his original opponent, fellow WBO top 10 opponent Joseph Parker, has backed out of their scheduled bout this weekend. So, enter the veteran Hammer, 27-9, instead.

Joyce, the 2016 Olympic super heavyweight silver medalist, is coming off a wrist injury that has kept him sidelined so far this year. In his last fight, he scored a sixth-round technical knockout of former world title challenger Carlos Takam at the same venue last July. Joyce overwhelmed Takam with a barrage of punches to earn his latest KO win.

His hope is to be impressive and stay in position as the WBO mandatory to meet the winner of the Oleksandr Usyk-Anthony Joshua upcoming rematch in August.

Tete will be fighting for the second time since suffering a third-round knockout loss that cost him his WBO bantamweight belt against John Riel Casimero in England in November 2019.

Also on the card, British light heavyweight contender Callum Johnson (20-1, 14 KOs), 36, will face fellow former world title challenger Igor Mikhalkin (24-3, 11 KOs), 36, a Russian southpaw. The fight will be Johnson’s first since September because a bout with Covid-19 forced him to withdraw from a January challenge against WBO light heavyweight titlist Joe Smith Jr.

The Queensberry card will air on BT Sport in the U.K. and on ESPN+ in the U.S. Saturday afternoon.