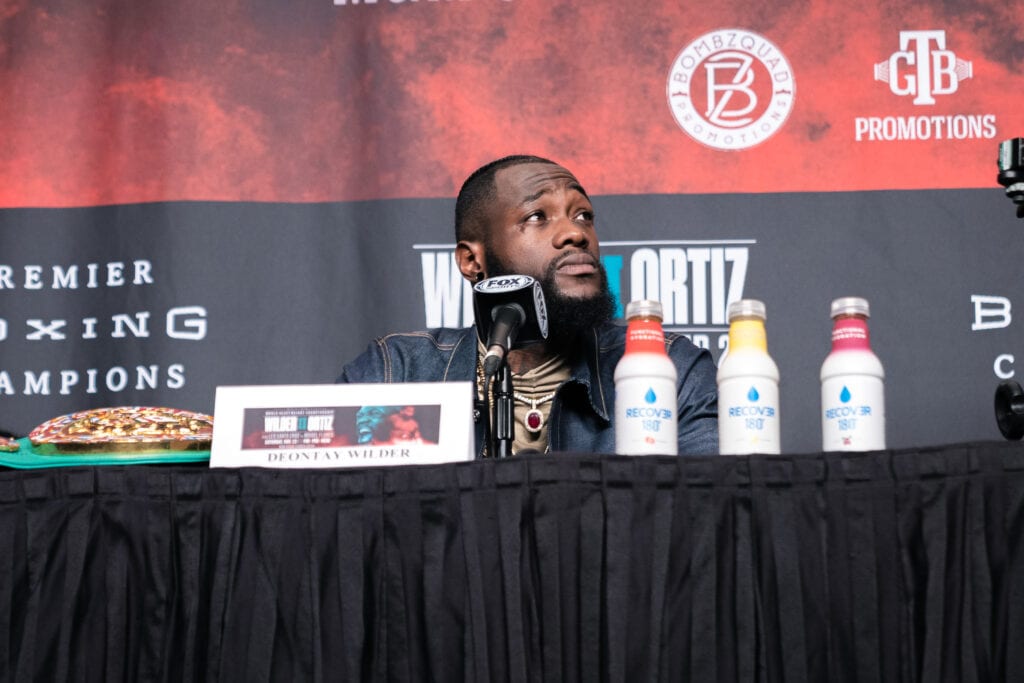 Wilder- ‘I only have to be perfect for one second’

Heavyweights Deontay Wilder and Luis Ortiz spoke to the media for the final time on Wednesday night. With their WBC Heavyweight title pay-per-view rematch coming up this Saturday at the MGM Grand in Las Vegas, Nevada, Wilder spoke to the media and was set on bringing to the heavyweight division back out from the doldrums this weekend.

“I’m the best in the world and I say it with confidence,” Wilder stated. “With that being said, I have to give the fans what they’re hungry for. That’s exciting fights. The heavyweight division was in a dark place, but now it’s on fire and I must keep it going.

One thing that has been made apparent in this rematch is the fact that Ortiz has been in what many are saying the best shape of his career for the bout.  Wilder took notice, but will in the end say it doesn’t matter speaking at the final press conference Wednesday.

“Luis Ortiz looks good, but I don’t think it’s going to matter against a fighter like me,” Wilder said at the final press conference Wednesday.”I’m in shape 365 days a year. I come to camp in shape. The first day of camp, we were sparring. It’s always good to see my opponents in shape and prepared properly for a war. That’s all I can ask. Because they know what they’re in for when they go against me.

The knockout felt around the world. 🤯

His next defense #WilderOrtiz2 is this Saturday on FOX PPV ➡️ https://t.co/y7cv3KyIrfpic.twitter.com/pwx9BMieEC

Wilder knows that on Saturday against Ortiz, it is not going to be an easy task. This is in fact what he has prepared for in the rematch.

“We train very hard to be prepared and go to war,” Wilder said ahead of facing Ortiz Saturday. “You already know what to expect. The hard part is the waiting. This is what it’s all about. I can’t wait for Saturday night. My opponent has to be perfect for 12 rounds, and I only have to be perfect for one second.”

Hear us preview more of Wilder vs. Ortiz on the Big Fight Weekend podcast:

We’ll see if Wilder is true to his word as so many others have, including Ortiz before this Saturday night.

Adames-Teixeira to battle on Frampton undercard
Ortiz- ‘This is not going 12 rounds’
Advertisement
To Top
We use cookies to ensure that we give you the best experience on our website. If you continue to use this site we will assume that you are happy with it.OkPrivacy policy