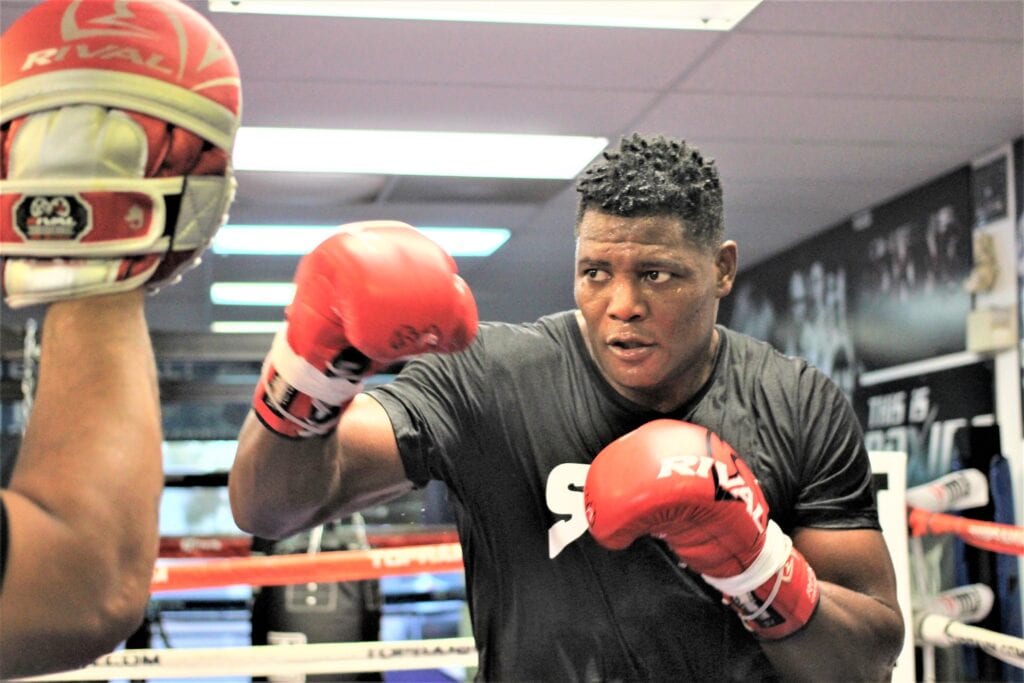 Ortiz in preparation for Wilder has a different focus

With November 23rd slowly looming around the corner, Luis Ortiz is working on hopefully getting his revenge for his loss against Deontay Wilder for the loss to his hands back in their fight in March of 2018.

“I feel really good going into this fight,” Ortiz said to the media at his recent training camp. “All the hard work is finally coming to an end, and now it’s time to get the proper rest to be at my best on fight night. As a team, we worked smart during this training camp. We did things a little different with my diet, and I believe that will make me perform at a high level on fight night. My weight is right where I want it. All in all, it’s been a very productive training camp.”

"I've got world champions in other divisions but I want one in the heavyweight division. And then when they picked this guy, he’s one of the best pure boxers in the sports. Why wouldn’t I want to be part of that?" @CoachLarryWade on @KingKongBoxing 🥊 #WilderOrtiz2 #PBCFightCamp pic.twitter.com/Gx67fIRo3p

One thing that is hard not to keep an eye out on in this second time around is the amount of training and the different approach Ortiz has taken going into the contest. Anyone who saw the “Countdown to PBC” special leading up to this pay-per-view bout watched as Ortiz saw the preparation he has done training out in Las Vegas.

“I have to say it’s been really hard being away from my family during training camp, but I know coming out to Las Vegas was the right move,” Ortiz stated. “If I’m going to become the heavyweight champion of the world, I must make these types of sacrifices.

Ortiz training in Vegas as opposed to his home base of Miami, Florida, has kept him away from his family three time zones away for this rematch. In the end, however, that is who Ortiz is fighting for.

Everything I do in the ring is for my family. To become the first Cuban heavyweight champion in boxing history would be a dream come true, not only for me, but for my countrymen back home. I’m going to leave every ounce of blood, sweat, and tears in the ring come November 23.”

Ortiz will have a chance to back up those statements this upcoming Saturday.

Nearly 20 years ago Lennox Lewis kayoed Hasim Rahman
Pulev on Joshua-Ruiz-‘Ruiz Will Beat Joshua Again’
Advertisement
To Top
We use cookies to ensure that we give you the best experience on our website. If you continue to use this site we will assume that you are happy with it.Ok