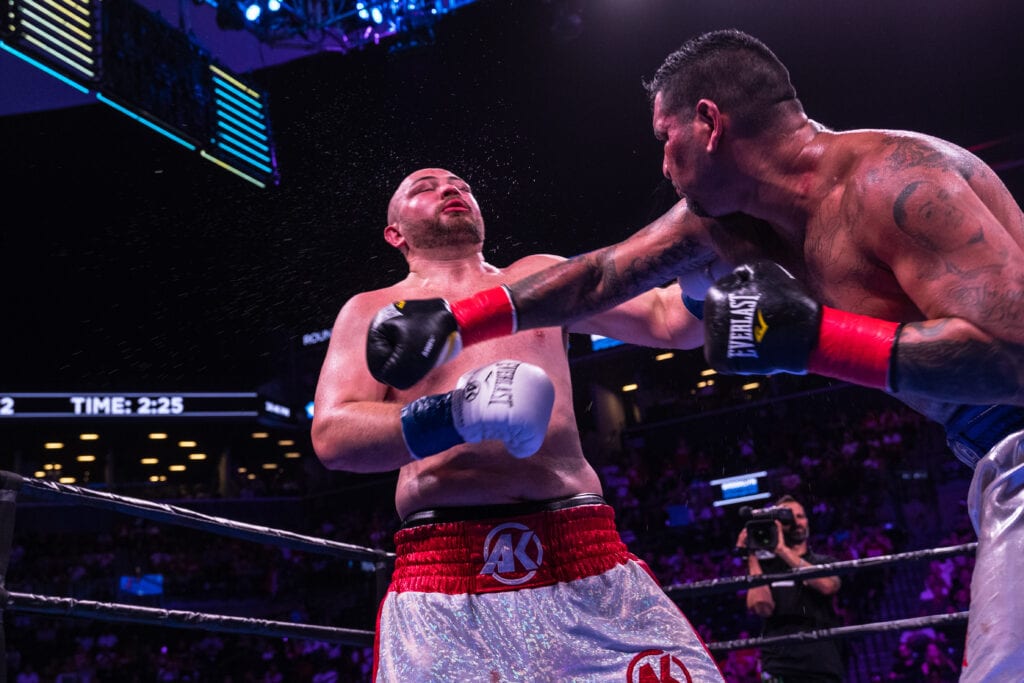 If this was the last match for Heavyweight Chris Arreola, then he ended it on a painful one against Adam Kownacki on Saturday night.

The thirty-eight-year-old former title contender not only was on the wrong end unanimous decision at the Barclays against Kownacki, but he also broke his hand during the contest.

It happened in the fifth round of the bout, where the Fox broadcast pointed out that he was holding his left hand, while heading back into the corner. Arreola also pointed it in the corner in between rounds, as he mentioned it his trainer and Fox analyst Joe Goosen.

Despite a broken hand, it didn’t stop him from throwing it for the second half of the fight. He had to, as punches being thrown in the contest made a Compubox record at 2,172 total punches thrown by both fighters.

Goosen: “At this point can anything hurt you?”

Goosen: “Yeah, But that’s your own hand!

In an interview with Laugh At First Site, Arreola confirmed the hand injury as he was heading into the ambulance to get treatment for it.

Arreola said: “At the end of the day, I gave my all. I gave everything I had in that fight. It doesn’t matter if I broke my hand. I kept coming and kept coming. I just changed the strategy a little bit.”

He also stated in the interview that in the fight, he had a good time in the ring.

Arreola declared before this fight took place and the broadcast mentioned it as well that this would be his last one had he not been victorious. If so, he left the career in the ring in an absolute brawl for all in a gritty performance.