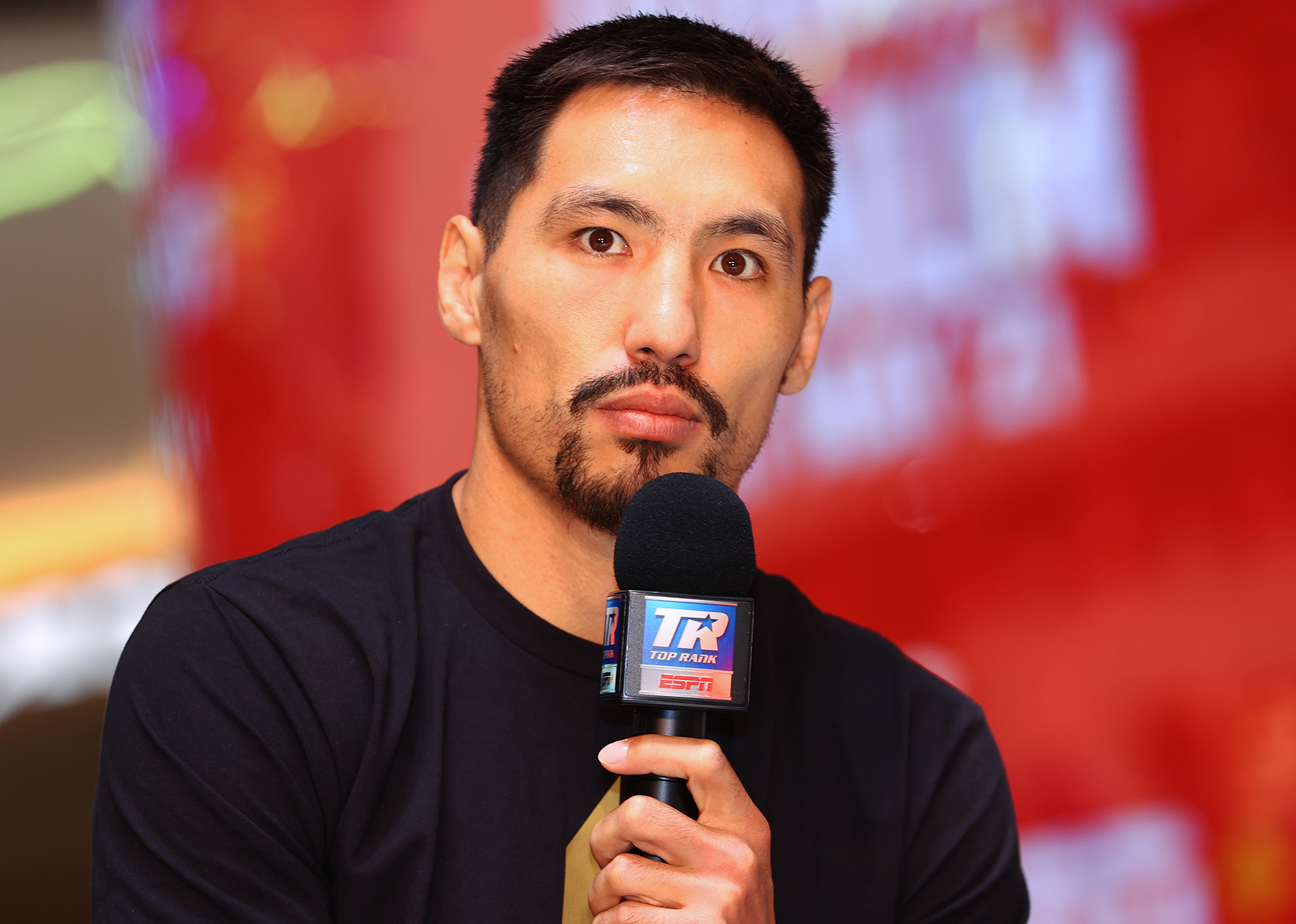 What’s Next For Janibek Alimkhanuly?

Off his impressive showing in the main event of the Top Rank Boxing card in Las Vegas Saturday night, unbeaten middleweight Janibek Alimkhanuly has created some buzz for himself. And, that begs the follow up question that’s always asked about up and coming fighters- what’s next?

First, back to Saturday. Janibek disposed of a badly overmatched Danny Dignum of England in just two rounds, improving his record to 12-0, 8 KOs and garnering him the WBO interim middleweight title. He showed a devastating left hook/uppercut in the brief time in the ring, but his impressiveness should also be tempered with the fact that Dignum seemed completely intimidated  and was almost waiting to get kayoed from the first minute of the fight on.

This is a point that we discussed on the “Fight Freaks Unite Recap” podcast coming off the weekend. Hear Dan Rafael’s thoughts with me on the Janibek win and his short term outlook by clicking play below,

“I saw a guy get (Dignum) completely ‘Erased.’ There’s levels in the game,” Rafael said to on the recap. “Janibek is a star level amateur. A top level amateur from Kazakhstan….He’s looked tremendous as a professional, even though he’s only had about a dozen fights.”

I’ve seen him fight many, many times, since he turned pro. He’s been on the fast track. It’s been hard to get him opponents. To Dignum’s credit…he accepted. I give him props for deciding to come over to this country, he’s never fought outside of England until Saturday night.”

When asked about what could be next for Janibek, Rafael added,

“Because he scored that knockout, I’d love to see him come back in a few months. The way you create excitement and buzz is you score a knockout like that and put up that type of a performance, hopefully, you’re people can get you right back in the ring.

“I don’t think it’s going to happen that quickly. They have to decide what’s going to happen with the political situation of what’s gonna happen with the title (WBO interim belt)? I suspect Demetrius Andrade is not coming back to 160 lb. to defend against him. So, at some point…Janibek’s interim tag will be taken away and he’ll be elevated to world champ. Then, it’s up to Top Rank to find him an opponent.”

Once that happens, Alimkhanuly could wait for the WBO to dictate another opponent, as well.

And, as Dan said on “Fight Freaks Unite,” it’s in his, his management team, Top Rank’s best interest to get him back in the ring soon, to continue his momentum. We’ll wait for that.