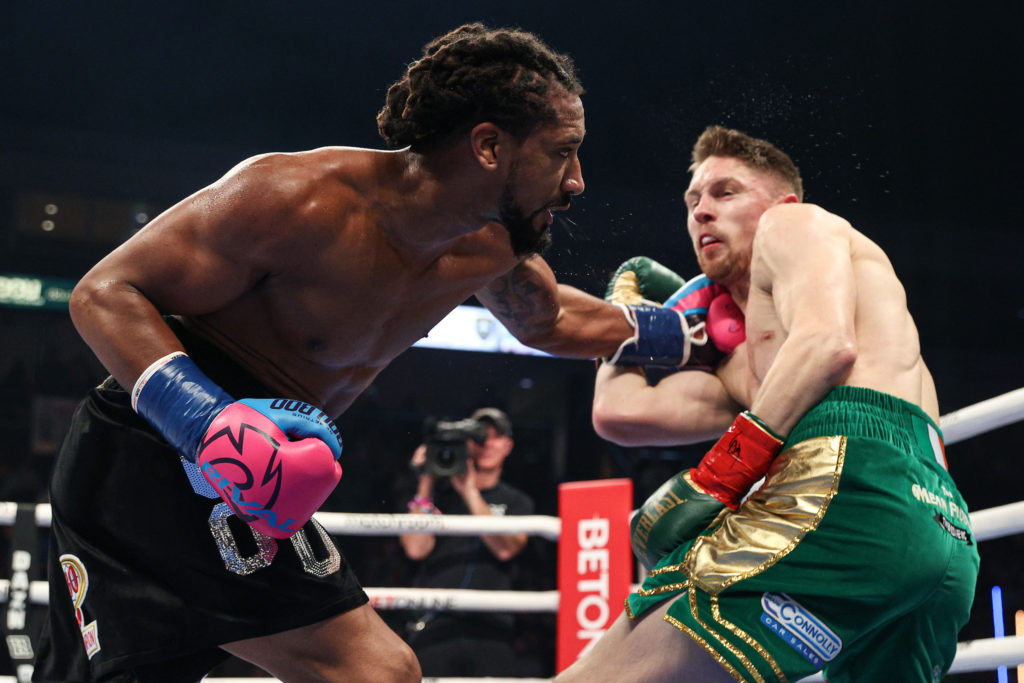 We know the fighter that WBO World Middleweight champ Demetrius Andrade is slated to fight next. However, their purse bid process is, once again, a mess, and now, there’s another delay in it happening.

The governing body based in Puerto Rico put out a social media post Thursday morning saying that due to the rise in Covid 19 positive cases in the San Juan area specifically and out of caution, there will not be an in person bid Thursday, but rather next week,

The current COVID-19 situation in Puerto Rico has forced the purse bid for 160 lb. Champion Demetrius Andrade's mandatory defense against Janibek Alimkhanuly to be rescheduled once again. It will now be held Friday, January 28th at 11:00 am at the WBO main offices in San Juan.

As we wrote previously, Andrade is slated to meet Kazak Janibek Alimkhanuly in a mandatory defense later this Spring.

Andrade (31-0, 19 KOS) is coming off two rounds of quick work against Ireland’s Jason Quigley in New Hampshire in November. It was an impressive performance for Eddie Hearn’s Matchroom Boxing main event, as Andrade headline in his native New England region.

Meanwhile, Alimkhanuly earned this thru the WBO after winning the title eliminator, stopping Hassan N’Dam N’Jikam back on November 20 on the Terence Crawford-Shawn Porter undercard. Alimkhanuly is 11-0, 7 KOs and previously stopped former WBA Middleweight Champ Rob Brant in June of last year, as well.

In the curious and often contradictory/corrupt world of rankings and mandatories, Alimkhanuly is ranked #2 at 160 lb. by the WBO. However, the top contender and former WBO Jr. Middleweight title holder, unbeaten Jaime Mungia, has not been ordered (for over a year) to fight Andrade or else.

This has continued to frustrate Andrade, as he seeks a larger profile fight and payday. The southpaw star has also been unable to attract a bout with the legendary Canelo Alvarez at either 160 lb. or 168 lb. Canelo famously “shooed” him out of his winning presser last May after having kayoed England’s Billy Joe Saunders in Arlington, TX.

Saying famously, “you fight with no-body, man. Get the F$%k out of here!”

Nor, can Andrade he get a unification fight with IBF champ Gennady Golovkin, who is still slated to fight WBA champ Ryota Murata but there fight is delayed by Japanese Covid 19 restrictions on outside travelers and fans in attendance.

So, it appears Andrade has little choice but to defend against Alimkhanuly. And, likely Hearn/Matchroom will be the highest bidder (if not the only significant one) whenever the WBO’s process takes place.

Continue Reading
Advertisement
You may also like...
Related Topics:Featured, Middleweight