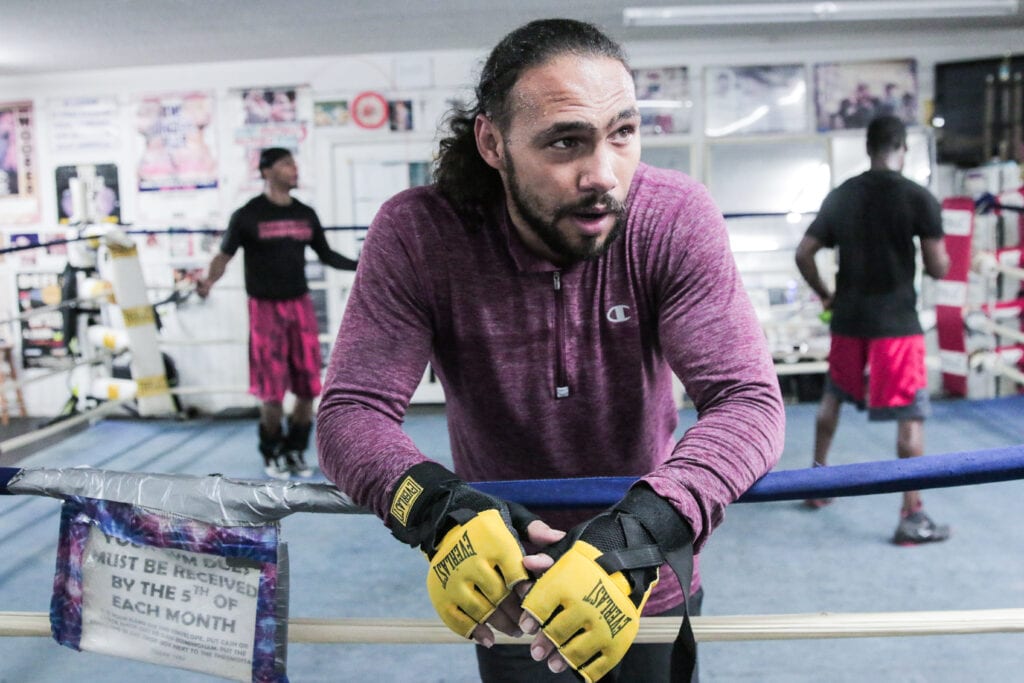 Keith Thurman Admits “Depression Set In” Waiting To Get Back

Former WBA World Welterweight Champion Keith Thurman will be back in action headlining a PBC / Fox Sports pay-per-view coming Saturday Night February 5th. That’s, when the man who was beaten for his WBA World Welterweight Title in July of 2019 by Manny Pacquiao in his first career loss, will step back into the ring against former Junior welterweight World Championship Mario Barrios.

And, the fighter known as “One Time” has been making the media rounds this week on various shows and podcast interviews.

However it’s comments released for an upcoming video preview by Premier Boxing Champions that were insightful and intriguing as to Thurman’s mindset during his long layoff and his regret for those he believes he let down by losing,

Former unified welterweight world champion @keithfthurmanjr details what led to his first career loss to @mannypacquiao in 2019 and his battle with depression that followed.#PacquiaoThurman #ThurmanBarrios pic.twitter.com/4pTpnepD8a

Thurman continued on not finishing the Pacqauio fight stronger,

“I should have put my foot on the gas. Full throttle all the way down. So, that at the end of the day I know that I left nothing on the table. But, I made a mistake. And, I’ve learned from it. We’ve moved past it. We’re in a better head space.

Covid gave us a lot of time,  and that’s not good either. But, it allowed us to re-center ourself, re-focus ourself. 2020? 2021? All that’s done. We’re tired of this negative energy. This Covid energy. We got to move in to a better future people. And, that’s what I’m looking forward to,” he concluded in the video.

Thurman had more to deal with after losing the Pacquiao in July 2019, as he also suffered an injury to his left hand. But, the mental aspect, where Thurman had been so good throughout his rise to the title was now being tested.

Known as a very bright and strong-minded force in the ring, but dealing with his first career defeat even at the hands of a Hall of Famer like Pacquiao was obviously tough.

Now, the Floridian Thurman will try to get back in the ring off the longest inactive period of his career at over two and a half years. There is obvious uncertainty, and even slight concern, as to what Thurman will look like when he is basically only had one fight since January of 2019.

Another factor is whether Barrios will be able to give a big test to Thurman or not?

He clearly was able to hold his own against a smaller Gervonta Davis in their 140 lb. showdown last May. Davis eventually got to Barrios though, dropping him in a TKO stoppage.

And, there is widespread belief that PBC and Al Haymon are angling for Thurman to get in the mix with the winner of the Errol Spence vs. Yordenis Ugas unification bout that will be coming later this Spring.

However, that’s predicated on how Thurman looks and whether he can stay physically healthy. And, now of continuing concern is his mental outlook, too.

Delay and inactivity have done the once proud, young champ no favors.

Now, we’ll find out if he’s ready or not to overcome it all.