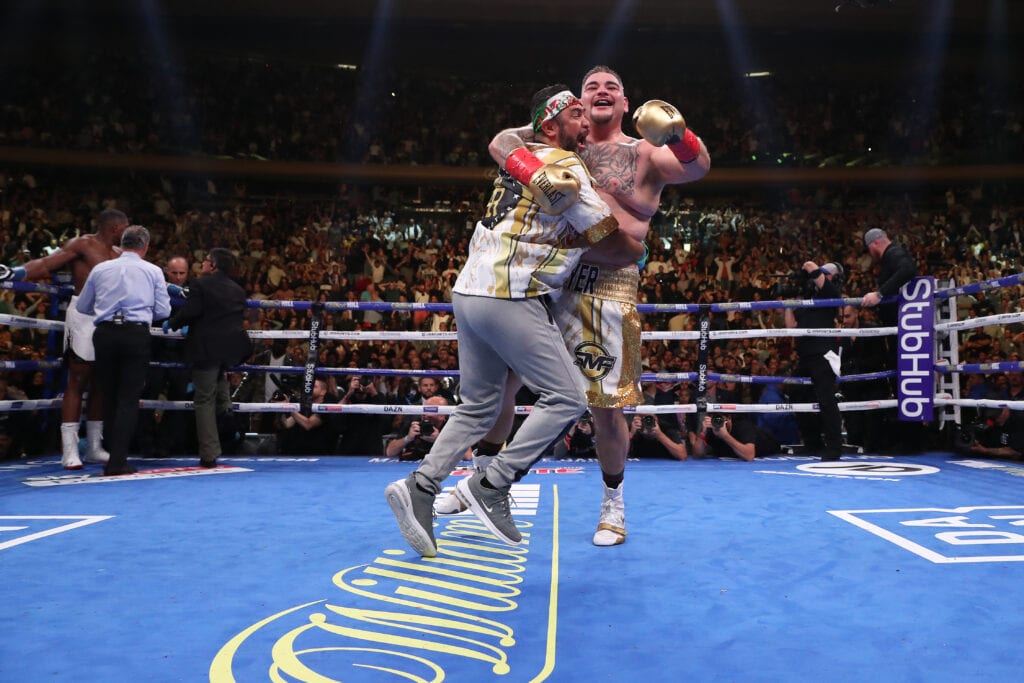 Ruiz wins in an upset for the ages against Joshua

All eyes were on WBA, IBF and WBO heavyweight champion Anthony Joshua as he made his American debut at Madison Square Garden Saturday night and he took on California’s Andy Ruiz Jr. And, for Joshua, it became an American horror story, as he was stopped in the seventh in an absolute stunner.

Joshua (22-1, 21 KOs) seemed to have the right idea at the beginning of this fight. Keeping Ruiz at a distance and avoiding his inside range. This made for a championship fight with very unappealing opening two rounds of boxing. However, once the third round happened, it was a tale of two battles.

WE HAVE A FIGHT ON OUR HANDS LADIES AND GENTLEMEN!#JoshuaRuiz pic.twitter.com/Kf4zJBebne

From there, the American debut for the British champion became an absolute nightmare.

Joshua kept his distance from Ruiz (33-1, 22 KOs) again in the middle rounds, realizing that Ruiz knocking him down looked like something that not only the boxing community expected, but also the champion. Then, the seventh round came around and it was a repeat of the third, forcing the referee Michael Griffin to end this fight with an amazing storybook ending for Andy Ruiz Jr.

He becomes the first Mexican Heavyweight champion ever in the world.

The fighter who took this fight on six weeks notice goes from a replacement fighter expected to be quickly knocked out to heavyweight champion of the world.

“Big respect to Andy, big big respect,” Joshua said after the fight. “[He’s a] good fighter. Thank you America. Thank you everyone for coming out this evening. Sorry I let my friends down, sorry I let my supporters down.”

Matchroom Boxing promoter Eddie Hearn congratulated Ruiz Jr. after the fight and mentioned in a DAZN interview that there would be an immediate rematch in the United Kingdom set for early next year.