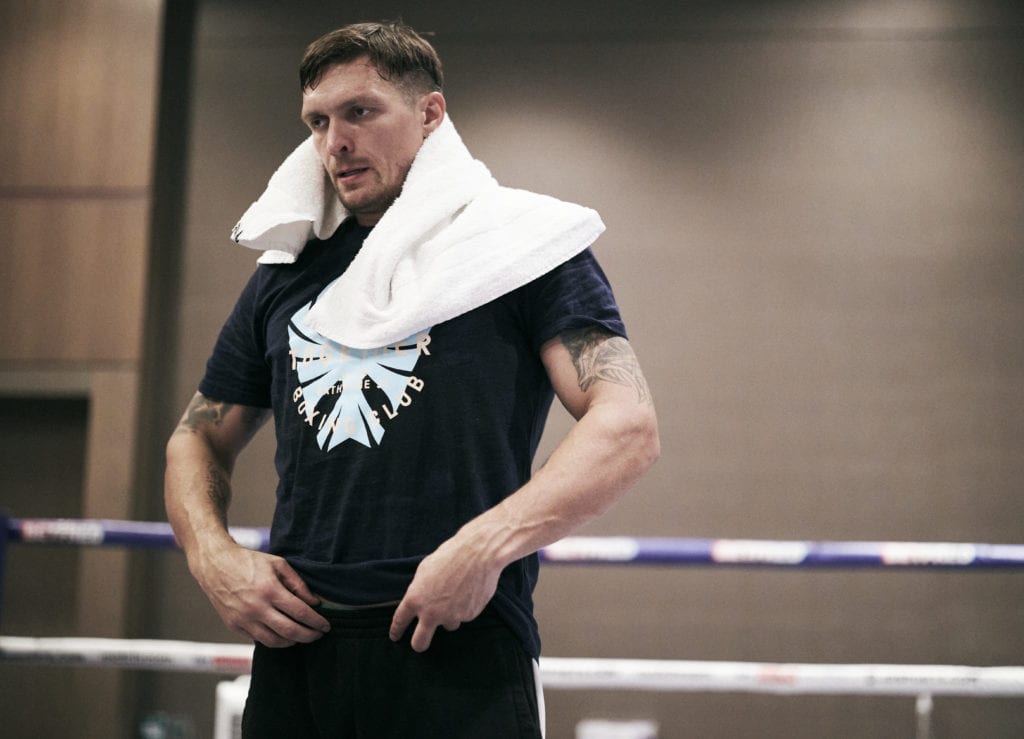 It appears that despite the ongoing Russian attack on his country, Ukrainian Unified World Heavyweight champ Oleksandr Usyk will be allowed to leave his homeland to train and then, fight former champ Anthony Joshua later this Summer.

This, according to a report Tuesday evening from ESPN’s Mike Coppinger which says that they unbeaten WBA/IBF/WBO title holder will likely decide to leave the Ukranian voluntary militia soon,

Usyk will cross the border from Ukraine to Poland and begin training camp for the heavyweight title rematch this summer, sources told ESPN.

During the war, Ukraine instituted martial law and banned men fit to serve aged 18 to 60 from leaving the country. Efforts were made with the Ukrainian government to allow Usyk’s longtime friend, Vasiliy Lomachenko, to depart the nation to pursue a fight with George Kambosos for the undisputed lightweight championship on June 5 in Australia.

Lomachenko ultimately decided to remain in Ukraine and forgo the fight. Usyk, however, does not need permission to leave Ukraine because of an exception in the law for parents of three or more children under the age of 18. Usyk has three children; Lomachenko has two.

Promoter Eddie Hearn of Matchroom Boxing told ESPN earlier this month he planned to wait as long as Usyk needed and would consider an interim fight for Joshua (24-2, 22 KOs) in the meantime. Now, plans are underway to secure a date and location for the rematch with Usyk.

As we have written, it’s been unclear whether the unbeaten Usyk, 19-0, 13 KOs, would be allowed to leave/train for the rematch of the Ukranian’s 12 round decision win last September? That rematch had been penciled in for early June at a location yet to be determined. And now we’ll wait to see what Matchroom Boxing will put together.

Usyk and his immediate family have been in hiding during the Russian attacks on their Southern neighboring country. It’s unclear from Coppinger’s reporting whether his family will try to evacuate to Poland with him or not?

Meanwhile, Joshua now gets another chance, provided that it comes off, to reclaim his titles that he lost in an immediate rematch. This includes him having been upset by American Andy Ruiz on a TKO at Madison Square Garden in June of 2019, but later avenging the defeat with a 12 round decision over Ruiz six months later in Saudi Arabia.