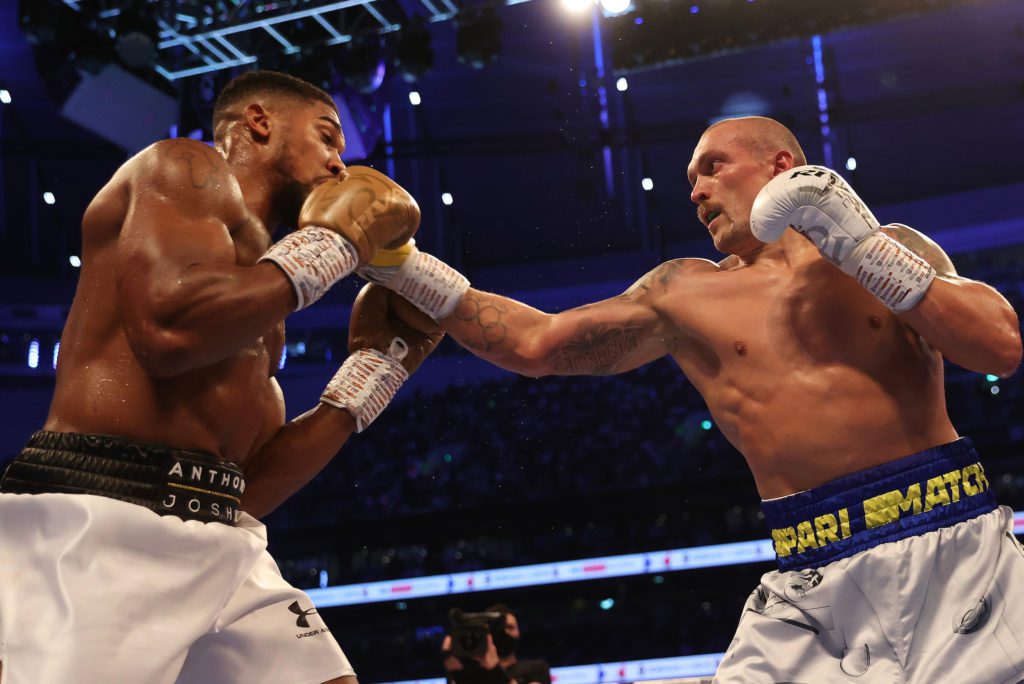 And so it was, the giant visited by defeat once more.

Anthony Joshua lost for the second time and the collection of party garlands he’d hoped to parlay into an undisputed clash with Tyson Fury at some future point were passed to a new custodian. The fight proved revelatory for those trusting in the age old adage “a good big un beats a good little un.” and, further, revealed limitations in Joshua’s technical competence and confirmed Oleksandr Usyk’s unquestionable superiority.

As night follows day, the dissection of Joshua’s performance began before it had even ended. Sport in the spotlight insists all losers are finished, all conquered champions exposed. It is an incessant and usually unqualified scrutiny. True, problems have grown like weeds around and within Joshua’s performances; where once there was a youthful vigour and self belief, knots of indecision and timidity now prevail.

Joshua remains a dangerous heavyweight and there is scope still for improvement on the disappointment of Saturday,. Boxing fans must be wary of dismissing those who venture to fight their peers, and lose. He took his lumps and bumps, his defeat, with humility and grace.

They too, are admirable qualities.

For Usyk, only full bloom awaits. The nature of his performance confirmed much of what we knew from his purge of the Cruiserweight division; that he is highly skilled, resourceful and decisive. Oh, and that twenty pounds of heft isn’t as important as modern ‘science’ has insisted.

Usyk’s apparent virtuosity was one based on the classics. No tassels, no posturing, no gamesmanship. High output, a variety of punches, judgement of distance in attack and defence, a calmness in the eye of what storm Joshua was permitted to muster and a willingness to engage, to impose his style, to create openings and punish mistakes. He didn’t run, he didn’t hide, he held the shots Joshua landed and was never rushed.

Superior movement from Usyk left Joshua ever more stationary as the rounds passed, caught in the void between the instinctive puncher he once was and the fighter he would like to be; one who dictates from range, demands respect and imposes himself progressively. The Joshua that exists in this netherworld is a melange of indecision, neurosis and inertia. Rendered virtually powerless and a motionless target with only pride, his size and dwindling youth to protect him.

A troupe of do-gooders wanders behind, their input increasing, the message, perhaps, conflicted. Only Joshua can know if he has lost his way, if his focus has been unwittingly forsaken or whether over analysis and the volumes of self-development bluster have stolen some of the certainty he once bristled with. An eye injury may postpone the contracted rematch further and it will be interesting to see if the Joshua corner, and the strategy they conjure, will look the same as it did this weekend.

For better or worse, it seems likely change is going to come. That despite the loyalty Joshua has always shown to those around him, perhaps he too will rebuild through simplification. His appetite for the wars he indulged in with Wladimir Klitschko, Dillian Whyte and to some extent Alexander Povetkin has diminished. And there is wisdom in the aim, this is a multi-millionaire who has accomplished almost everything boxing permits in the decade of his prime after all. Something so few do. And getting hit hurts, but in seeking to limit the openings for others, he has become ever more hittable and far less dangerous in return.

If he hopes to continue, and I applaud his stated desire to, and wishes to alter the declining trajectory of his performances, he will need to be liberated from the suffocation of recent pragmatism and indulge a little more of the terrorising puncher that elevated him so quickly. To hide his athleticism, power and aggression is not serving him well.

But heck, he deserves great credit for fighting Usyk and the on-going support of boxing fans often too quick to admonish the conquered for the folly of chasing fights they could lose.

Lopez-Kambosos Fight Moved To Barclays Or Off Again?
Jaime Munguia Back In November With Gabe Rosado
Advertisement
To Top