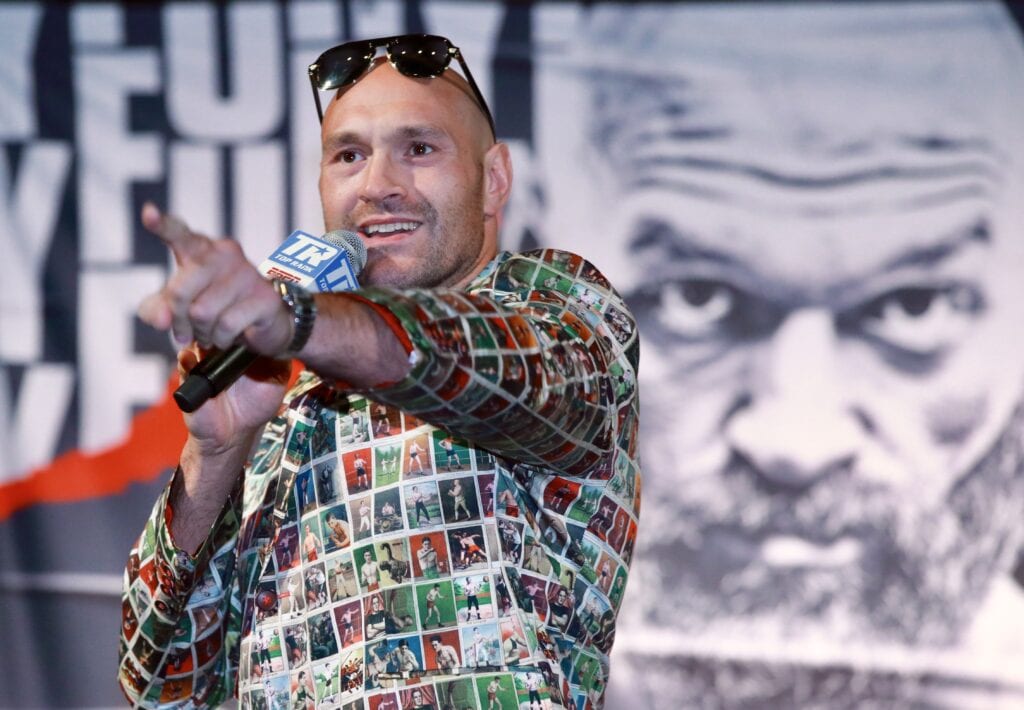 Lineal champion Tyson Fury had a chance to speak about his view on the heavyweight division recently and needless to say, he bought some quality smack to the table.

Steve Kim of ESPN spoke with the Gypsy King while in an Uber on the way to get eats, and if you think he had something favorable to say about your favorite fighter, you’d be mistaken about the undefeated heavyweight.

“All these guys are bums compared to me,” Fury boasted. “I’m going to prove that time and time again. I’m going to go down in history as the greatest heavyweight of all time.”

This five star Uber ride for Italian in Beverly Hills, California had to have been a blast.

As usual, Tyson Fury has a lot to say, and he doesn't pull any punches. My latest on @espn… #boxing

When speaking about Joshua’s opponent Andy Ruiz Jr. Fury boasted, “Just an average boxer. Hand speed doesn’t just cut it. There’s a lot of heavyweights who have hand speed. I can beat him with one hand tied behind me back. And even if they want me to stay against the ropes, I’d still beat him out there.”

He didn’t bury everyone in the interview as he did put over fellow up and coming Brits, Joe Joyce and Daniel Dubois.

But let’s get back to the trash talk. Indeed, he’d have kind words for rival Deontay Wilder right?

“He’s a big guy, strong, punches hard,” Fury stated. “Limited boxing ability, but makes up for all that with power.”

That, of course, is from the same Wilder who knocked him down in their epic match last December that resulted in a controversial draw. When asked about if Wilder was the hardest puncher he’s been in the ring, Fury was dismissive about it.

“I don’t think it’s about the power, it’s the speed of the punch coming,” Fury said. “Let’s face it. I was very inactive for a long time. It was the first time I’ve been punched properly in years, so maybe the shots that he landed on me, they wouldn’t even affect me today.”

If you think he’s giving  Luis Ortiz a shot in their matchup against Wilder, you’d be mistaken. Fury followed up with,”[He’s] 147 years old. I think he may have been a good man 30 years ago. But he’s too old, he has no legs underneath him and Wilder’s going to knock him out within six rounds.”

Fury is in the process of taking on undefeated Otto Wallin on September 14th in Las Vegas, Nevada on Mexican Independence Day weekend. Fury chimed that he would adapt to the holiday.

To everyone that still contends him facing Wallin, Fury mentioned the following:

Honestly, after this Uber, well see if that changes.

McKinson, Cameron in action at York Hall in November
Blood, Sweat and 50 Years- Padilla takes on Thomas
Advertisement
To Top