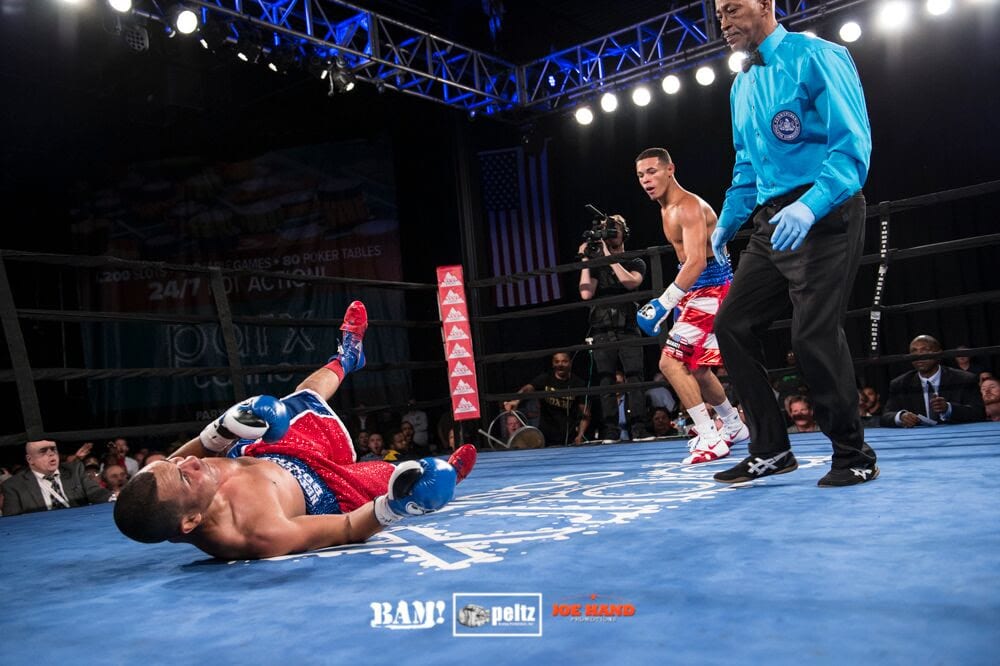 Junior welterweights Victor Padilla will take on Romain Tomas in the main event Friday night, October 4th at the 2300 Arena in South Philadelphia.

The eight-bout card, labeled “Blood, Sweat & 50 Years”, will celebrate the Golden Anniversary of Peltz Boxing Promotions. The card is being promoted by Raging Babe (Michelle Rosado) with J Russell Peltz serving as the matchmaker. First bout time scheduled is at 7:30 p.m. 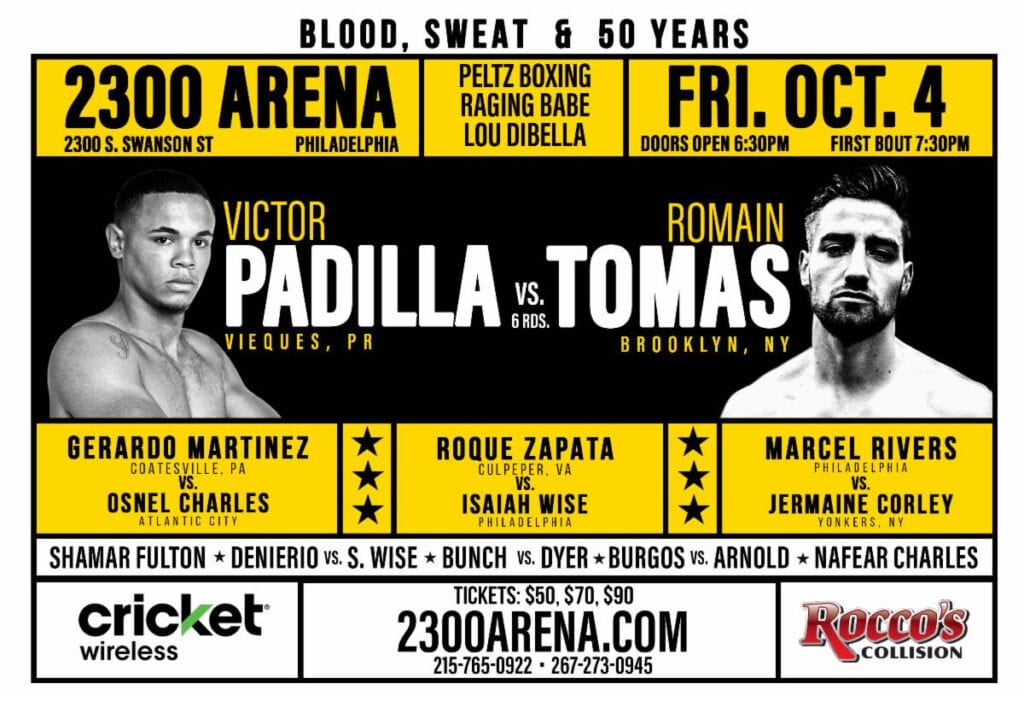 Going with an old-school theme on this one, Peltz has scheduled the Padilla-Tomas fight for six rounds, harking back to the first two decades of the 20th century when all main events in Pennsylvania were limited to that distance.

The 20-year-old Padilla, originally from Vieques, Puerto Rico, is a southpaw with speed and power. He has won all five of his fights by first-round knockout. In fact, he has only been in the ring for a total of six minutes, 29 seconds, in those five contests. Although none of his five opponents had a winning record when he fought them-their combined mark was 17-29-1 at the time-Padilla still is considered one of the best young pros on the East Coast. He is promoted by Lou DiBella’s DiBella Entertainment.

The 30-year-old Tomas is originally from Emerainville in the Seine-et-Marne region of France, outside Paris. He brings an 8-2 record into the fight with Padilla. Tomas is coming off his biggest career win, a six-round decision over previously unbeaten (7-0) Omar Bordoy in Bordoy’s nearby backyard of Hampton, NH.

“Some of the greatest fighters of all-time appeared in hundreds of six-round main events during those 20 years at the turn of the last century,” said promoter J Russell Peltz. “In my 50 years in boxing, this marks the first time I have been involved with a six-round main event. When you’ve never done something before, often that is the best reason for doing it.

“I’m an old-school kind of guy so this is going to be fun for me. This represents the past and Padilla vs. Tomas will give us a peek into the future.”

The undercard is topped by three additional six-round rematches.

Junior middleweights Roque Zapata, of Culpeper, VA, and Isaiah Wise, of North Philadelphia, meet in a rematch of their 2016 at the 2300 Arena, won by Zapata via majority four-round decision, the first loss of Wise’ career.

Junior welterweights Gerardo Martinez, of Coatesville, PA, and Osnel Charles, of Atlantic City, collide in the other six-round rematch.

Martinez (4-1, 1 K0) earned a four-round majority decision over Charles (13-19-1, 2 K0s) at the 2300 Arena. While Martinez has been idle since, Charles picked up a four-round points victory in June over Laquan Lewis, of Brooklyn, NY, at the Parx Casino in Bensalem, PA.

Lightweight Shamar Fulton, of North Philadelphia, also will appear in a four-round contest.