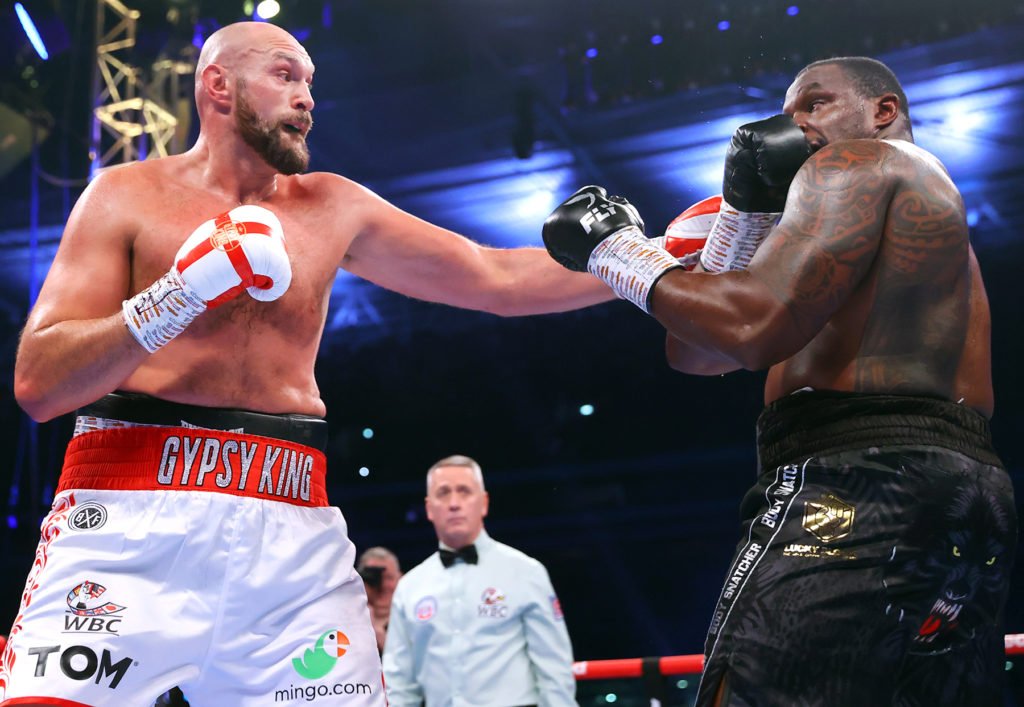 It’s been a little while since we’ve heard from reigning WBC heavyweight champion Tyson Fury and the man known as “the Gypsy King” still maintains that he’s retired. However, not many believe that, rather, most believe he is waiting to see what will happen with the rematch of unified heavyweight champion Oleksandr Usyk of Ukraine and Fury’s fellow English countryman Anthony Joshua coming later this Summer

Well, on Tuesday, an exclusive conversation with Frank Warren on his Queensberry Promotions YouTube channel aired and Fury gave some comments on a wide range of subjects. That included what might entice him back into a boxing ring later this year, etc.?

Fury joined the chat via video conferencing from a barber’s chair. And, he and Warren made reference early in the conversation that they will have an announcement soon of Fury being back in some kind of ring

Now, whether that’s a boxing exhibition or potentially a professional wrestling match or something else remains to be seen? After dispatching another fellow countryman, Dillian Whyte, by 6th round KO back in April, Fury hinted that he might be willing to fight former UFC champion Francis Ngannou in a modified boxing/MMA fight where the fighters use 4 or 6 oz gloves and use boxing rules.

However, most are not taking that Fury-Ngannou seriously at this stage. This, is because the most financially lucrative and historically significant bout would be getting the Undisputed championships by beating the winner of the Usyk- Joshua fight.

Per usual, Fury made fun of both of those fighters referring repeatedly to the unbeaten Ukrainian champ as “a middleweight” and referring to Joshua by various names including “a bodybuilder.”

When finally asked specifically about whether he wants the winner of Usyk- Joshua next? He was ready with barbs and more playful insults.

“Nothing as of yet. Me and Frank have got something coming. that we won’t divulge in this interview. But, something to be really excited about. But, it doesn’t involve Usyk or Joshua at this moment,” Fury said.

“I will make a decision on all of this. I have only just fought three months ago. I wouldn’t be expected to fight until October, November, December anyway. But because I’ve said I’m retiring, everyone’s always on me. ‘Are you really retiring? Have a couple of more fights.’ So, I’ve got no mandatories coming up. I have taken care of two mandatories in my last two fights- Wilder and Whyte. I can have two voluntaries, if I want.

No one’s pushing me to do anything. But, when this middleweight (Usyk) knocks out this bodybuilder (Joshua), there’s only gonna be one man, isn’t there to sort this out. This absolute circus out.

What I would say to these people is you better have a big checkbook to bring the “Big G.K. (Gypsy King) out for active battle duty.”

So, now we wait for what’s next in the short term for Fury in terms of an exhibition, wrestling or the proposed Ngannou bout, if that’s serious at all? And, at least Fury and Warren both confirmed that an update will be coming about that.