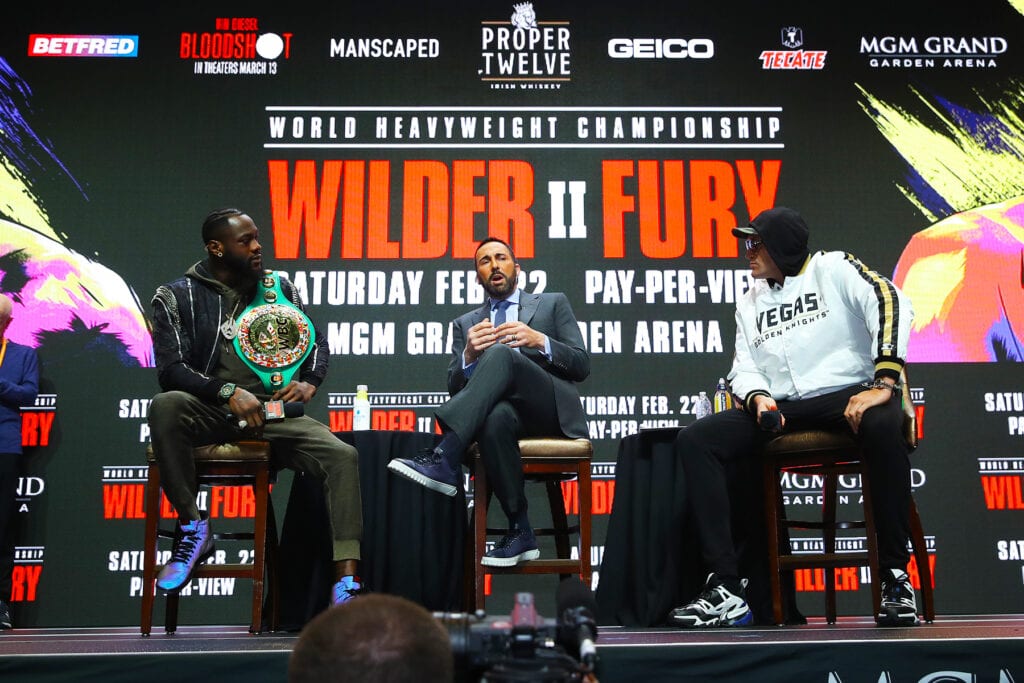 The third fight between Tyson Fury and Deontay Wilder is around the corner in July, and we’ll get the official word about this bout next Tuesday when they make this fight official.

Keith Idec for Boxingscene reported Wednesday that their third bout would be officially announced at a press conference Tuesday afternoon in Los Angeles. The site of their press conference and whether it’ll be open to the public had not been determined as of Wednesday morning.  While we don’t know where next week’s presser is, we know the fight is slated to be taking place at the T-Moblie Arena on July 24, ending the never-ending speculation that the third fight would take place at Allegiant Stadium, home of the Las Vegas Raiders of the National Football League.

We know the main event between Fury (30-0-1,21 KOs) as he retains the WBC heavyweight title that he won from long-reigning champion Wilder (42-1-1, 41 KOs) by seventh-round stoppage back in February 2020. So what else is on this card that will be a joint venture again between ESPN and Fox?

Mike Coppinger of The Athletic tweeted out the lineup of heavyweights that will be in action this time out, and so far, it’s a fun one.

We now have the full #FuryWilder3 PPV card on July 24 in Las Vegas (ESPN/FOX PPV), and it’s all heavyweights:

Efe Ajagba will take on Frank Sanchez in what seems to be a classic crossroads matchup between two prospects to see which one will emerge. Next, Robert Helenius takes on Adam Kownacki in a long-awaited rematch that saw Helenius upset Kownacki by fourth-round stoppage in March 2020. This rematch was in the works for a while and will now come to fruition in July. Finally, undefeated Jared Anderson will take on Vladimir Tereshkin in a graduated step-up fight for him on paper.

They are slotting the card similar to how they staged the Wilder-Fury II card, with both Top Rank Boxing and Premier Boxing Champions combining forces to put the card together. I definitely like the all-heavyweight approach to this instead of the stuff that took place last Wilder-Fury card, which honestly was a one-fight card despite the plethora of bouts back in 2020.

The last Wilder-Fury fight card had 10 fights in the ring last time out, and I’d be shocked if they didn’t do the same here. So we have at least what they will charge us for so far at least.