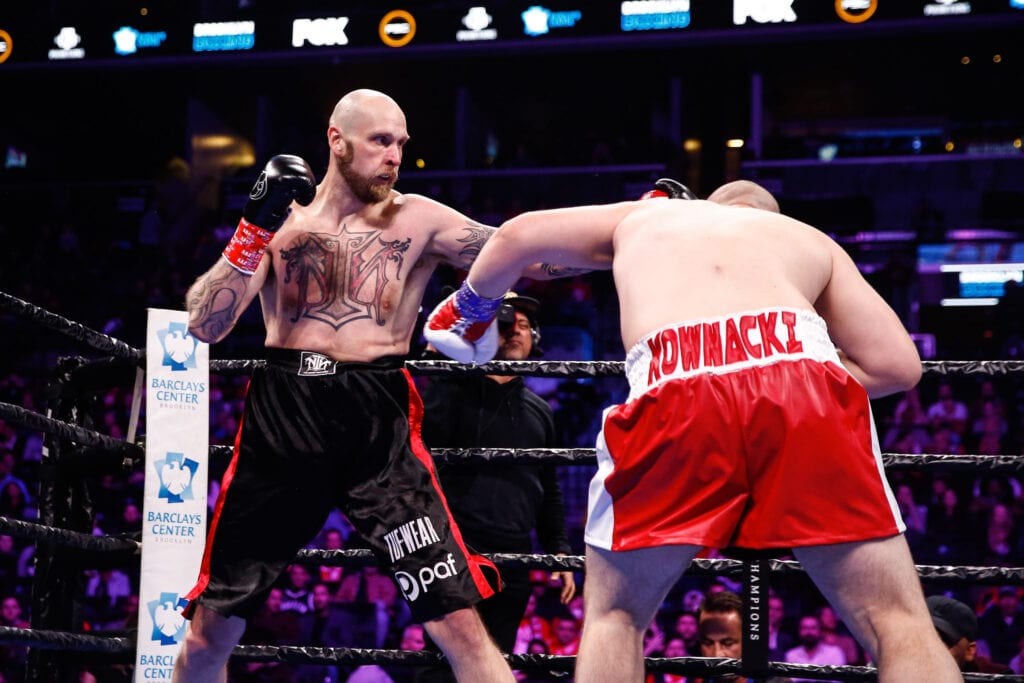 It appears an intriguing Heavyweight contender rematch is in the works for Premier Boxing Champions and an early 2021 fight card on Fox. This, as Robert Helenius and Adam Kownacki are reportedly close to agreeing to a rematch of Helenius’ KO upset in March.

Boxingscene.com Sr. Writer Keith Idec reported Tuesday night that the rematch was close to being finalized and could be happening as soon as January,

As we wrote back in early March a week before the Covid 19 shutdown, the veteran Helenius of Finnish decent, known as “the Nordic Nightmare,” scored a shocking fourth round TKO to hand the previously 20 – 0 Kownacki his first career loss.

This after bombs were flying early in this fight with hard punching Kownacki getting the better of the 36 year-old Helenius and the crowd of more than 9,000 at Barclays Center in Brooklyn, NY,mostly Kownacki fans, roaring for him in his adopted home area.

Kownacki, who immigrated from Poland to the U.S. as a teenager, repeatedly landed his trademark hard straight right hand, but much like in his previous fight last August with veteran Chris Arreola, he couldn’t put much else behind it to take advantage.

At the same time, Helenius, who became 31-3, was scoring big punches of his own in the second and third rounds, also with a straight right hands and eventually, lefts behind them.

That’s when the fourth round began with Kownacki backing Helenius up again, scoring with several big punches and drawing blood from his nose.

But, then, the fight suddenly turned. Go back in time and relive Helenius scoring the critical knockdown that led to the stoppage,

Shortly after, referee David Fields jumped between the fighters and stopped things at 1:07 of round four with much of the crowd at Barclays  gasping in disbelief.

Kownacki came in riding high, as a top-five heavyweight contender in the three major organizations for the championship, Kownacki had reportedly been as much as a 20-1 favorite by a couple of online bookmaking sites for this one and was expected to win easily.

Helenius stepped through the ropes that night having won two of his last three fights by knockout before the Kownacki upset, but he had also lost last July to American Gerald Washington by KO in Minneapolis, Minnesota. Helenius also lost a WBC Title Eliminator fight to Britain’s Dillian Whyte by decision in October of 2017.

Back to the Boxingscene.com report, they previously got these comments from Helenius in April,

Well, it appears that PBC and the dollars that they are putting forward will make it happen.