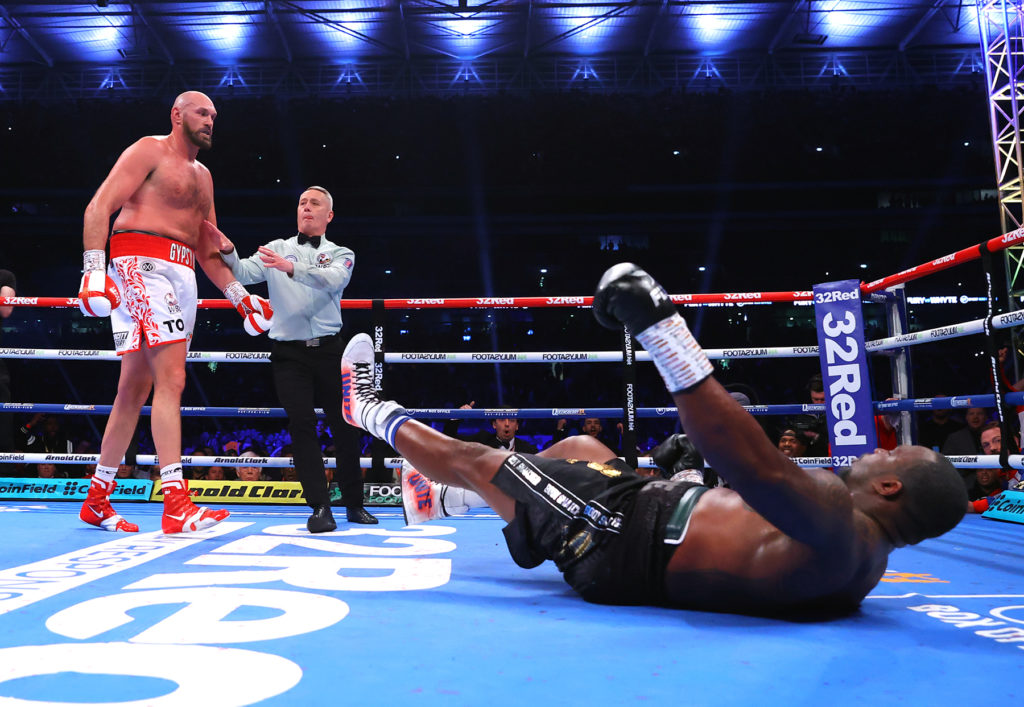 It would be cruel to suggest Don Maclean moved his feet quicker in his pre-fight rendition of “American Pie” than London bruiser Dillian Whyte did tonight, before being struck by a Tyson Fury right uppercut, but it wouldn’t be far from the truth.

Deconstructing Whyte’s reputation based on the ease with which Fury deposited the floundering challenger on the canvas in front of a baying Wembley crowd, high on freedom and other confections, would be unjust and observers are warned against it.

The division today isn’t 1970s deep. It never was before Ali, Foreman and their many contemporaries and it likely never will be again, and as such it is a redundant comparison. Within the current generation Whyte possessed a credible record and a consensus place in the top half a dozen big men.

That Whyte didn’t land a notable punch in six rounds speaks to Fury’s dominance as readily as the limitations of the self-proclaimed ‘Body Snatcher’. Defeat brings criticism. Dominance, often, equally so.

Retirement beckons if Fury chooses it. A slim but meaningful record, millions acquired and popularity he could only have dreamt of when he returned from Germany, having bewitched Wladimir Klitschko in 2015, and allowed his euphoria to give way to despair and darkness. Fury’s resurrection is the story most sold. In his life and in climbing from the canvas in three fights with Deontay Wilder to establish his place as the King of the division.

There can be no argument as to that position.

Talk of claiming the outstanding belt from the winner of Oleksander Usyk and Anthony Joshua, if circumstances and geopolitics don’t intervene, is a necessary next fight for Fury, from a competitive challenge perspective, but neither man is required to confirm that he is, THE, in capital letters, Champion.

Dillian Whyte will likely continue. Fighters usually fail to note the wisdom of stopping too early rather than too late. He will certainly never again earn the purse he did here. $8m pounds, or thereabouts, is forever money. But, like gamblers, there is always another bet, another roll of the dice.

Whyte knows little else but boxing and pride, that most troubling of emotions, will insist his last action as a prize fighter will not be falling toward the rope with the referee trying to keep him vertical.

Sadly for Whyte, whatever else he does, it will be how he’s remembered.

For the champion, it was an outcome that helps focus minds on his boxing ability and demonstrated a marketability that makes the idea of retirement, aged 33 and on top of the world – highly unlikely.