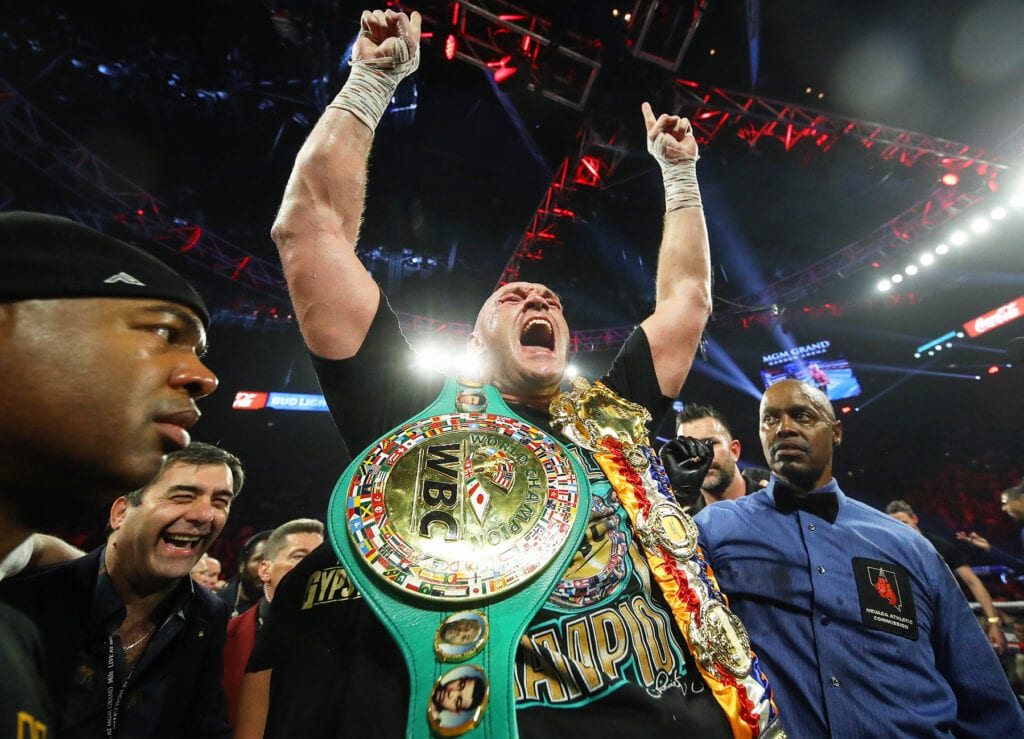 On Saturday night in London the charismatic newly re-crowned, WBC Heavyweight champion, Tyson Fury, ran into popular veteran heavyweight Derek Chisora. And, we’re still wondering many things, including when one or both will be back in the ring later this year?

First, Chisora posted on his Instagram page the encounter with Fury, who recaptured a portion of the World Heavyweight Championship with his 7th round TKO win over Deontay Wilder in February:

Fury and Wilder are slated to fight for a third time, presumably in December and probably in Las Vegas. For now, he remains in Britain training and waiting for Top Rank Boxing and PBC to come to an agreement date/location and whether fans can attend, socially distanced.

Meanwhile, Chisora is still waiting on the official reschedule date for his battle with WBO number one Contender and former Undisputed Cruiserweight champ, Oleksandr Usyk. Usyk-Chisora was to have happened in May in London, but was shut down by the Covid-19 pandemic.

And although both fighters continue to train, there is not a firm date for their second fight to happen due in part to Eddie Hearn and Matchroom Boxing also wanting the fight to at least have some fans, socially distanced in attendance.

Speaking of social distancing, it is very obvious that Fury and Chisora sent the wrong message online Saturday night. This, as they were right next to each other, while neither was wearing a PPE mask, as the pandemic continues.

That’s something that the World Health Organization, as well as health officials with the National Institute of Health have admonished British citizens for the last five months to do, as the top way to ensure safety for yourself and stop the spread a Coronavirus to others.

"No intervention in and of itself is perfect, but there's no doubt that wearing masks properly…clearly is beneficial," top NIH official Dr. Fauci says about wearing masks during the coronavirus pandemic. https://t.co/akZYGULxQV pic.twitter.com/3jz76URCWZ