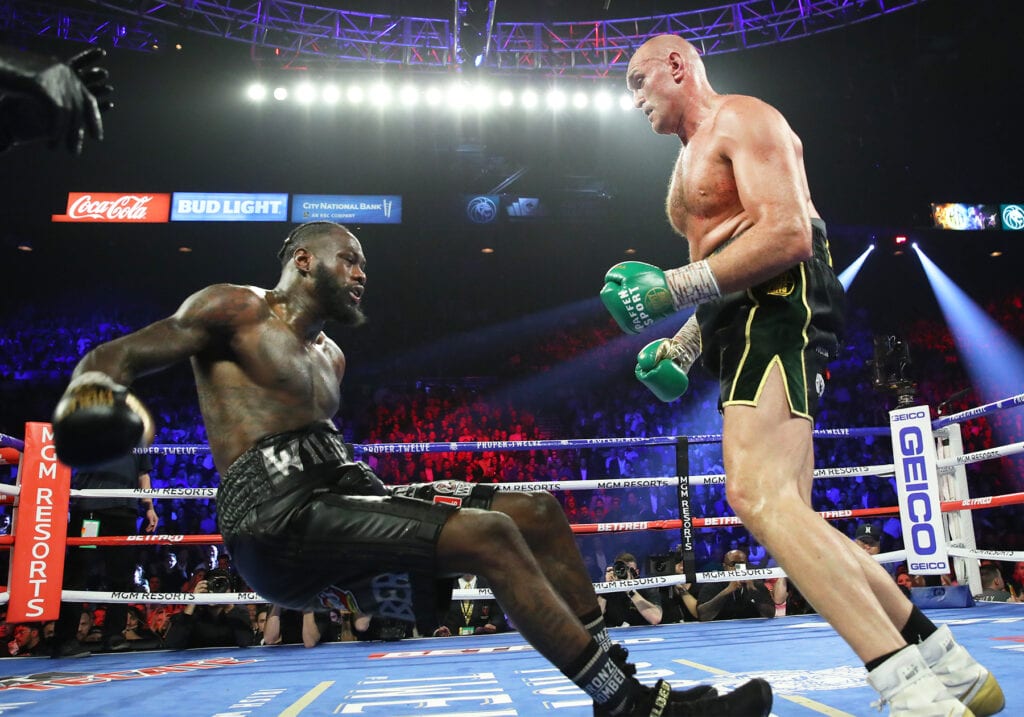 Raiders “no fans” decision spell end of Fury-Wilder in Vegas?

The excitement around NFL’s Raiders moving to Las Vegas was tempered on Monday, when the team announced to their season ticket holders that there will not be fans, likely for the entire season, at their new Allegiant Stadium due to Covid-19. And, that decision could have a “ripple effect” on the Tyson Fury – Deontay Wilder third fight moving out of Las Vegas.

First, ProFootballTalk.com obtained a copy of the letter that the Raiders sent to their season ticket holders detailing the very difficult decision to not have fans at their first season of games in the Vegas desert,

Raiders say their new Las Vegas stadium will be empty for the entire season https://t.co/HANsZNmrKV

For now, the NFL is leaving these decisions up to its individual teams in working with their state and local government and health officials. However, the Raiders have decided to be proactive and not have fans attend due to safety concerns with Coronavirus combined with having only a small amount of seats for games. And, they admitted that would cause near chaos in trying to determine priority on who gets to go to which games.

Meanwhile, the hand-wringing has to continue about where and when the third battle between the WBC Heavyweight Champion Fury and the former champ Wilder can take place? The two fought at the MGM Grand in Las Vegas in February with Fury scoring an impressive 7th round stoppage to take Wilder’s belt after he had held it for five years.

Wilder exercised the automatic third fight rematch that they both agreed to prior to fight two.

As we have written previously, promoter Bob Arum and Top Rank Boxing have been negotiating with Nevada officials about potentially using Allegiant Stadium, the home of the Raiders, for Saturday night December 19th.

The Raiders are scheduled to host the L.A. Chargers on Thursday night December 17th and that left a solid 40 hour or so window to get the facility ready for the mega-fight.

The Raiders are also scheduled to play Sunday home games the previous two weekends on December 6th and 13th, which would make having a Saturday night fight there impossible, logistically.

Arum has also made mentioned that potentially the 17,000 seat MGM Grand Arena or even, the 20,000 seat T-Mobile Arena on the Las Vegas strip could be used to socially just several thousand fans for the event. However, Allegiant Stadium would definitely give a much more massive, spacious option and potentially, as many as 20,000 people could easily attend in that facility.

Arum, Top Rank, PBC and the fighters would be counting on 10,000+ fans translating to millions of dollars in revenue for the third fight.

This news means that the bout could be on the move to the U.K., which has gotten the Coronavirus under much better control in recent weeks than the United States.

It has also been mentioned that the fight might be held in Australia, where the coronavirus had been minimal until a recent flare-up, particularly in the South territory of Victoria.  That’s where Melbourne, the second most populous city in Australia, is currently on nightly curfew lockdown.

For now, we’re left to wait and wonde,r as the weeks continue to tick by without an announcement on a firm plan for Fury – Wilder.