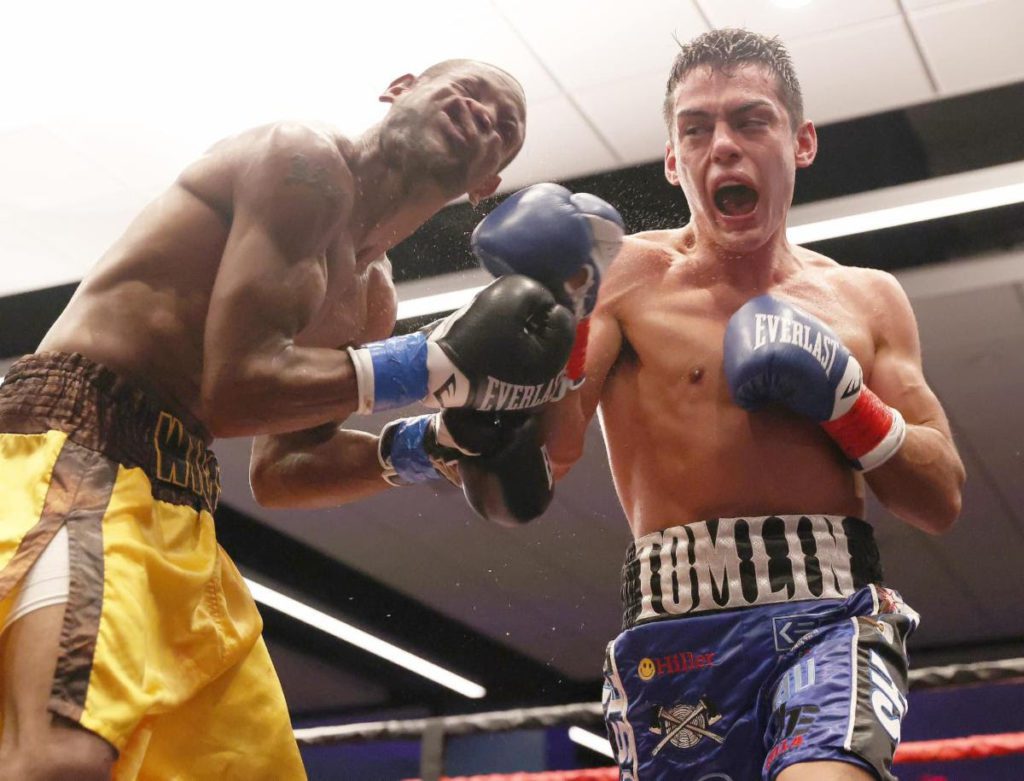 In the early rounds, Tomlin had to make an adjustment to Terry’s speed and lateral movement, by mounting a body attack that slowed down the native Memphis, Tennessee. In the fifth round, Tomlin landed a right hook to the head, followed by a left to the temple, sending Terry to the canvas. The referee stopped the bout after Terry couldn’t continue.

“Ira Terry showed a lot of heart in this fight and I had to figure him out before I stopped him,” said Tyler Tomlin, who is promoted by DiBella Entertainment. “His movement and speed were giving me problems in the first couple of rounds, but I made the adjustment, and got him out of there. My dad told me to start going to the body and that advise was the key to victory. He started to break down once I started pounding his body.”

“It’s unbelievable what Ty has been able to accomplish when it comes to selling tickets, as the venue of over a thousand people was completely sold out,” said Darryl Tomlin, who co-manages is son with Peter Fernandez, while taking on the role of coach and trainer. “Ira was coming off a nice win against an opponent with a good record, so we knew we were going to have to be on our game to come out on top. Ty showed he has what it takes to dig deep to win a fight.”

Tomlin, who is a massive ticket seller in his home state of Tennessee, was thrilled to be fighting at home in front of family and friends.

“Although the fight was in Kentucky, the venue is less then an hour from my hometown of Cheathem County,” Tomlin continued. “I wanted to put on a great show for my fans and I was able to do that with a knockout. The energy of the crowed as exhilarating and it motivated me during this fight. I’ll be talking with my promoter, Lou DiBella, about what’s next, and hopefully I’ll be back in the ring soon. I want to thank everyone who came out and supported me.”