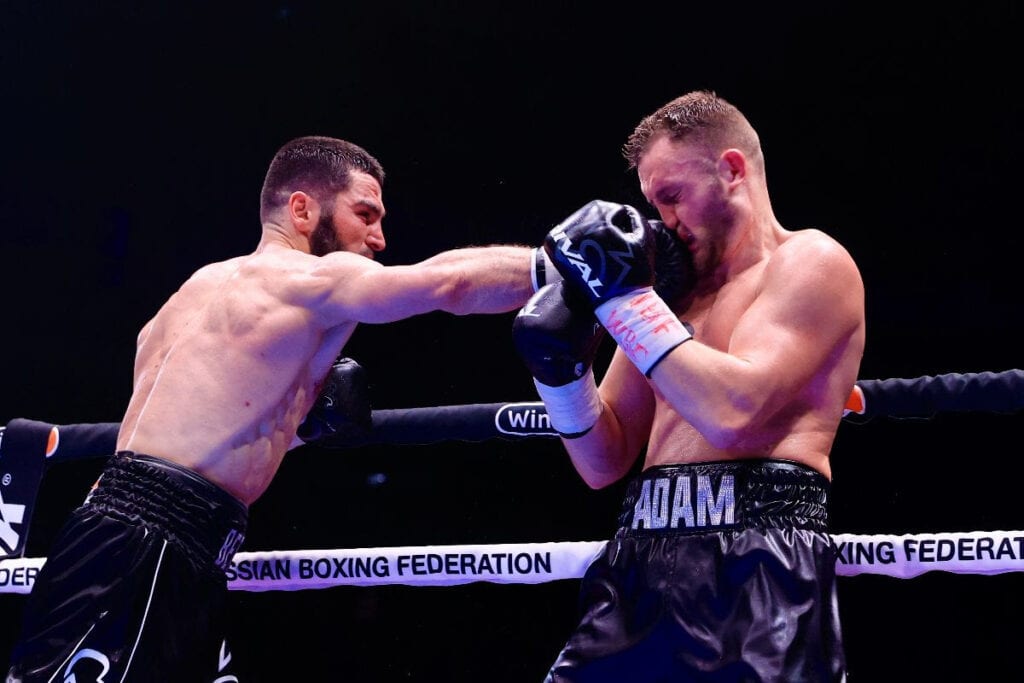 On Tuesday at their headquarters in Mexicio, the World Boxing Council revealed the outcome it’s ordered purse bid for Unified Light Heavyweight Champion Artur Beterbiev of Russia to defend against American Marcus Browne. And, the winning bid of just over $1 Million went to Betervbiev’s promoter Top Rank Boxing.

The WBC made it official on through their social media and on the web, that Bob Arum’s promotion had nosed out TGB promotions, which is aligned with Premier Boxing Champions.

@trboxing has won the rights to promote @WBCBoxing mandatory light heavyweight title fight between Beterbiev va Marcus Browne with a bid of $1,105,000

Top Rank’s reportedly out bid TGB Promotions by just over $100,000 to get the bout, which will now likely take place in early 2022.

Beterbiev, who has scored KOs or stoppages in all 16 pro bouts, last defended his WBC and IBF 175 lb. titles in March. That’s when made easy work of Adam Deines, stopping him in ten rounds to retain his belts from Moscow. Beterbiev had to not only outfight Deines, but had also been previously battling Covid 19, delaying their bout until March.

Interestingly, it was the first ever professional fight for Beterbiev in his home country. He now lives and trains in Quebec, Canada, while having mainly fought in recent years in the USA. That included his 2019 TKO win in Philadelphia over Oleksandr Gvozdyk to become unified champ.

The New York native Browne (24-1, 16 KOs) is coming off a 12-round victory over Denis Grachev on an April 20th PBC show at the Shrine Exposition Center in Los Angeles. Browne has been trying to grab another chance at a title since the Jean Pascal loss in 2019 and was recently involved in a WBC title elimination bout that was scrapped when Gilberto Ramirez withdrew from it back in February.

Under the WBC purse bid rules, Beterbiev will receive 70% or approximately $710,000 for the proposed bout, while Browne will make around $300,000 off the winning Top Rank bid.

It’s likely Top Rank will wait until at lest late January to try to stage the proposed bout.