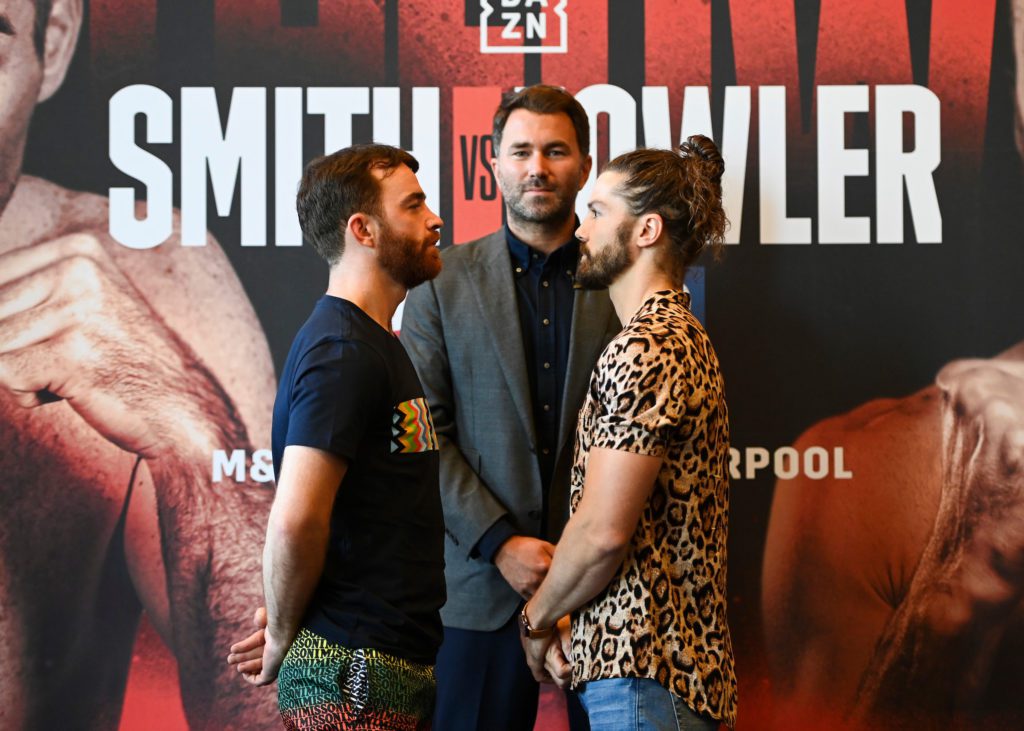 Rylan Charlton is relishing his drop down in weight to 135lbs and says fans can expect to see the best version of him at his “own weight” when he meets undefeated Tony Bellew-managed southpaw Luke Willis on the huge Smith vs. Fowler card at the M&S Bank Arena in Liverpool on Saturday, October 9.

Norwich’s Charlton (6-1-1, 3 KOs) demonstrated his ‘Pint Size’ power when he made easy work of Joe Laws in October 2020, sending the Benwell Welterweight prospect crashing to the canvas three times on route to a brutal third-round KO in Peterborough.

Charlton displayed his power once again when he dropped Florian Marku to the canvas in round six of his eighth-round TKO loss to ‘The Albanian King’ earlier this year at The SSE Arena, Wembley – a loss that prompted the 29-year-old Norfolk puncher to drop down two weight divisions.

“I gave it a go at Welterweight and they’re far too big for me,” said Charlton. “Marku proved that. He was a strong Welterweight. My power is one of my strongest assets, so if you take that away from me against some of the bigger boys then it’s not great for me. We’ll really see how effective I am now I’m dropping down to Lightweight.

🗣️ "My power is going to be a big advantage in the Lightweight division, you’ll see me really come into my own!" – @CharltonRylan 🍺💥#WillisCharlton #SmithFowler

“I don’t know a lot about Willis. I’ve had a little look at him. He’s a tidy boxer, he’s speedy, he’s in and out, but this is going to be a different Rylan Charlton. I’ve changed up my trainers. I’m not going to be the same fighter you saw against Florian Marku. I’m still going to be carrying the punch power. Obviously we know that we can’t always rely on your power. A lot of my boxing skills are going to come out at 135lbs.

“The Marku loss was a fight that I needed to have. It got my name out there a bit more. It was well out of my weight class. Everything happens for a reason. If I’d have beaten Marku then I’d have continued fighting at 147lbs. That was never my natural weight. I’ve learnt some stuff from that fight. I’ve learnt that I’ve got one hell of a chin on me and I can still carry my power up some divisions. It’s going to be exciting to box at my own weight.”