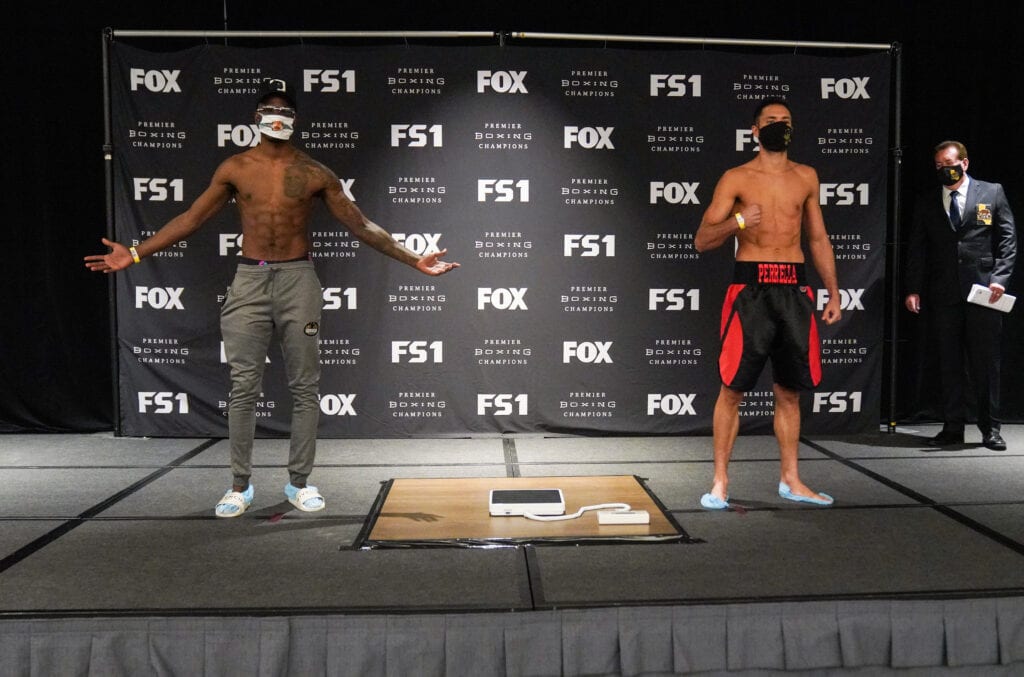 The latest PBC on Fox main event was a Saturday night hard fought draw between Tony Harrison and Bryant Perrlla. The Super Welterweight contest from the Shrine Auditorium in Los Angeles was the first fight back post Covid 19 pandemic for both. It was a fight that was very difficult to score and that reflected on the judges scorecards.

For Harrison, now 28-3-1, this was his first, since not only loss to Jermell Charlo in December 2019, but also his trainer and father to COVID-19 last April. Perrella was making the jump up in weight and was his first fight back, since his late stoppage loss to Abel Ramos in February 2019.

The fight was a tough one to score as it was a close fight in relation to the action of it. After a feeling out 1st round, Perrella, now 17-3-1, looked to have the upper hand in the second round. From their it was a back and forth affair. At one point in the middle rounds, we saw that Harrison made the adjustments and scored with right hands more, but Perrella kept pressing on.

This was the first fight Perrella has had, since hooking up with Hall of Famer Roy Jones, Jr. to train him. Jones was in the corner for advice and inspiration Saturday.

The latter rounds showed Harrison looking to box on the outside, while Perrella was looking to press the issue. Added by his corner saying he needed a knockdown in the final round to win. That didn’t happen an a draw was the result.

The draw has to be a disappointment for the 31 year old Harrison, who after his 2018 upset of Charlo had gained him the WBC 154 lb. title, was hoping to get back in the title picture for later this year.