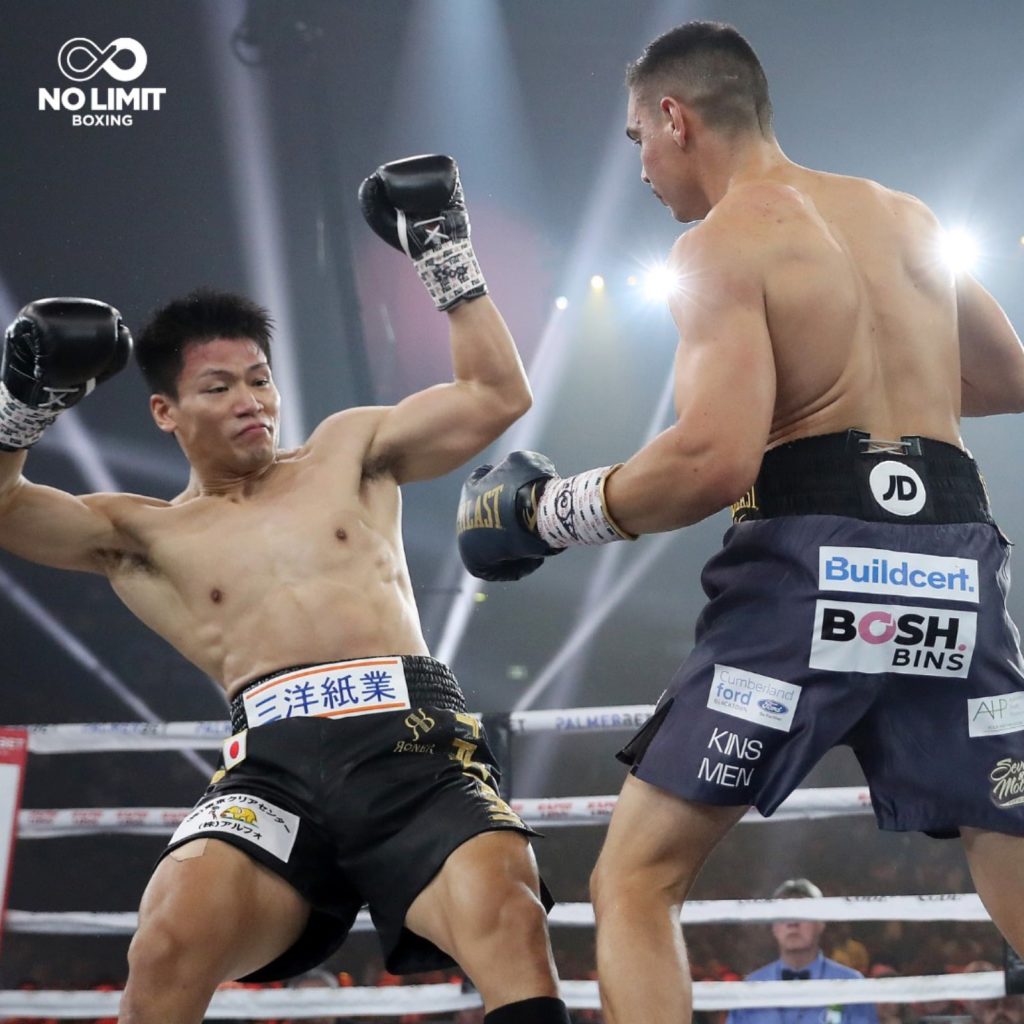 It was another impressive night for WBO #1 ranked Junior Middleweight Tim Tszyu in his home country of Australia. However, while remaining undefeated, he was pushed to the 12-round limit for the first time in his career by Japan’s Takeshi Inoue.

Still, Tszyu came out on top with a lopsided unanimous decision losing only one round on one scorecard,

The fight was held in Tszyu’s hometown of Sydney in front of a huge partisan crowd at the Qudos Bank Arena Wednesday night. And, they were cheering right away for their hero countryman as he rocked Inoue with left uppercuts early on in round one.

Tszyu, now 20-0, 15 KOs, dominated the action throughout scoring to the body and also with his trademark overhand right. To his credit, Inoue who had previously unsuccessfully challenged Jaime Munguia for the WBO 154-pound world title, remained tough and fired back with right hands at times on his own.

Tszyu was simply the stronger more aggressive fighter, as the fight wore on and he had the crowd on their feet in round seven. That’s, when he sent Inoue reeling from a right hand that nearly put him down on his knees. Tszyu could not follow up, even though he landed several hard shots in the final 30 seconds of the round trapping Inoue, now 17-2-1, in the corner.

It was the first time that Tszyu had ever been extended past the 10th round, but he still looked fresh by again scoring with the left uppercut leaping in.

Finally in in round 12, Tszyu, the son of Hall of Famer Kostya Tszyu, finally got through and knocked Inoue down with a good right hand. Although, the Japanese fighter complained to the referee that he had simply lost his balance. Tszyu pressed the action with the crowd roaring again and scored several more punches. But, to Inoue’s credit he either clenched or fired back refusing to be stopped at the end.

Tszyu summed it up in the ring post-fight, telling Australian television,

“That guy’s built like a brick wall. I f*@king hit him with everything and he wouldn’t go down!”

Tszyu now hopes as the top Contender for the WBO to get a shot at their champion Brian Castano. However, Castano is slated to rematch Jermell Charlo for the Undisputed Junior Middleweight championship in early 2022. Those two fought a spirited, controversial draw this past Summer.

Wednesday was Tszyu’s third victory this year having kayoed Stevie Spark in July and stopping Dennis Hogan in March.

It’s also fairly apparent that the Tszyu will have to come out of Australia and look to fight in the United States to get his hands on either Castano or Charlo for a world title shot.