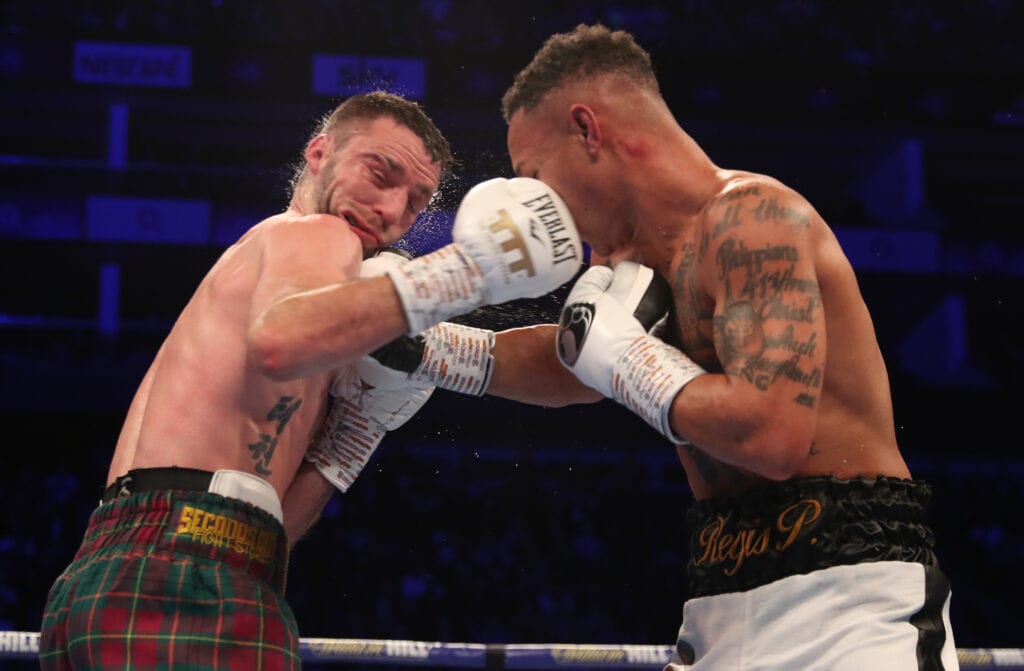 Three fight rematches that need to happen in 2020

To say that boxing has a way of dragging its feet when it comes to setting up fight rematches is being naive about the reality of the business. When we started this site, one of the first articles TJ Rives wrote here was about the grudge matches that need to happen last year. Off of his list, we are just now getting one of those matches in Wilder-Fury II in February that will determine which one of those heavyweights is arguably the best in the world. The other two mentioned in Thurman-Porter and Canelo-GGG 3 seem to have become afterthoughts to all of those involved.

So to kick off the new year, I’d like to present to you the three return bouts I’d like to see in 2020. Spoilers in advance that Mike Lee getting revenge against Caleb Plant does not make this list.

The much-awaited and almost scrapped World Boxing Super Series Super Lightweight Final that took place in London at the 02 Arena between Regis Prograis and Josh Taylor in October lived up to the expectations. It was a was great fight that saw Taylor unify the IBF and WBA “Super” titles by majority decision. That decision was a close one and was a tough fight that many have as their pick for 2019 Fight of the Year.

The landscape at 140 to be undisputed would be a bout with Jose Ramirez, who holds the other two straps in the division. The safe bet is that Taylor will be in action soon in 2020, and Prograis will be looking to avenge his first professional loss, hopefully on the other side of the ring of it.

Waking up unified champ ! Wow what a feeling. Thanks to everyone who come out to support me to make it an experience I will never forget❤️
Now lets go get these two other belts??
Tartan Army take over ??? pic.twitter.com/VXueRwDMJm

if you asked any boxing pundit what was their favorite Fight of the Year before the summer took over, it was this scrap between super welterweights Julian Williams and Jarrett Hurd in a unification bout that took place to unify the WBA “Super” and IBF belts. What made this fight a great one was the action in it was fierce and was a classic phone booth fight between both of them. Williams would come out on top by unanimous decision in what was deemed an upset going into the contest.

The rematch was initially set up for December between the two, but Hurd canceled it for at the time as he decided to regroup and refocus. Hurd also in this span changed from the career-long trainer, Ernesto Rodriguez, as well as at one point hinted about moving up to 160.  While both Hurd and Williams are taking on different fights in January, this will set the stage for a summertime rematch many would be looking forward to.

Everyone heading into the Gervonta Davis-Yurikois Gamboa fight card in Atlanta last Saturday in December knew that this WBA “Regular” Light Heavyweight title fight between Jean Pascal taking on Badou Jack was going to be the fight to watch. I witnessed this, and not only was this fight full of action and fireworks between two friends who turned rivals once the bell rang. What was a back and forth fight which could’ve gone either way saw Pascal would retain the title by a close unanimous decision victory.

While the general theme after the fight was that Jack couldn’t catch a break in close fights, it displayed in front of a crowd who hadn’t since a fight card like this since trying to log into America Online on a dedicated phone line a great scrap. Both put on a great fight and are both willing to run it back, so let’s see how fast that can get done in 2020.

No! Thanks to you. You are the true warrior. A great example for the upcoming fighters in and out the ring. https://t.co/5QYTRsEOC0

Here are the three rematches I want to see in the ring this year. Feel free to let me know which ones I left out or agree or disagree about.

Fight Card of the Year: Ito-Herring
Ryan Garcia in action on Valentine’s Day
Advertisement
To Top