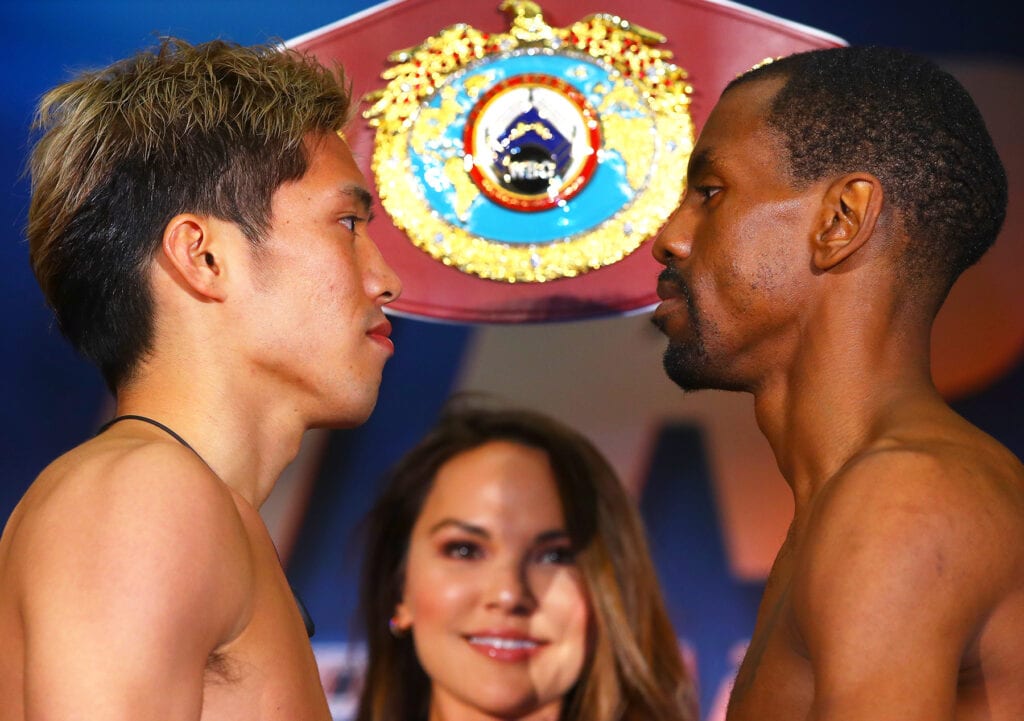 Fight Card of the Year: Ito-Herring

Wrapping up the fight year, there have been some great fight cards this year and others not to be mentioned. Focusing on one of the best card of the year, you’d be hard pressed to find a better fight card than the one that went down at the Osceola Heritage Park headlined by Jamel Herring and Masayuki Ito. I’ve dubbed this card “Knockout Kissimmee”and while that tagline will never catch on and be left behind in 2019, the action from the ring that played out molded the rest of the year and current day.

The reason this card is mine for the year isn’t because I was there, but because the fight card had everything you could ask for in a boxing card, lots of first round knockouts, a brief controversy and an upset story that you hear out of a movie script unfold in front our eyes that aired on ESPN and ESPN+ Memorial Day Weekend.

In the main-event Herring, a U.S. Marine went into this fight as the underdog against Ito who was making his second defense of the WBO featherweight belt that he had won in the same location back in December 2018.  Had everything played out as it should, Ito was to retain against Herring and then face WBC champion at featherweight Miguel Berchelt in the fall.

This is where Herring re-wrote that script.

Herring against a backdrop of chanting Marines and others preceded to outbox Ito over twelve rounds for a sound unanimous decision victory to become the new champion at Jr. Lightweight. 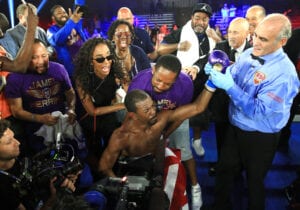 The scene in the ring once Herring was announced new champion over Ito. (Photo Credit: Mikey Williams/Top Rank)

Even before the main event played out, the card was filled with amazing first round knockouts. One was by Edgar Berlanga who is still looking for a fight past the first round heading into 2020.  The card also featured Adam Lopez, who also would give Oscar Valdez all he can handle in his debut at 130 in November of this year. Just up and down a fun card to have been at and one I suggest you go back and look at as well if you missed it.