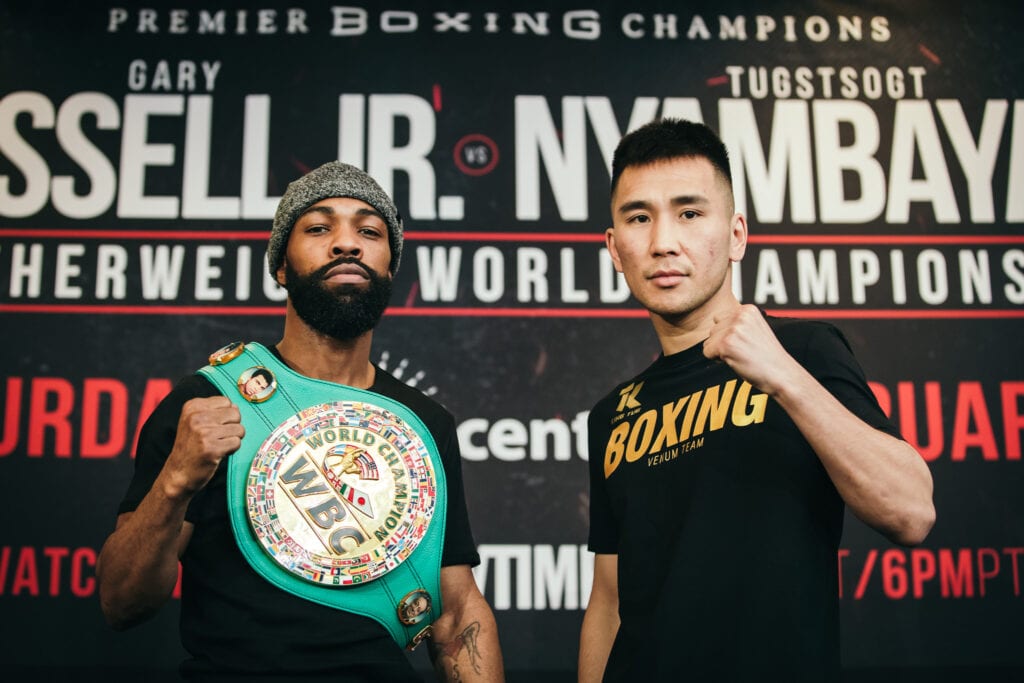 It’s a weekend of returns in boxing this week, and Gary Russell Jr. fight week is the yearly tradition that gets a head start early on Showtime Saturday night in Allentown, Pa. Before I get into that card, let me look back on the three things I was looking back last week in boxing:

Farmer vs. Diaz didn’t disappoint, and to kick off the boxing down in Super Bowl headquarters of Miami this week, we have a new belt holder at 130. Jojo Diaz overcame one of the nastiest eye cuts I’ve seen in recent memory to proceed and outbox Tevin Farmer to win by unanimous decision. Farmer mentioned his rematch clause immediately, and we’ll see if it was just an off night for Farmer or the new reign for Diaz.

Michel Rivera had an excellent performance stopping former contender Fidel Maldanado Jr. in the tenth round of his contest that co-main evented last weekend in Biloxi. His work would get more run as he moves up the ranks, but Round 1 between Raymond Guajardo and Clay Collard was the talk of the weekend as this round is the front runner for Round of the Year so far.

Round 1 between Raymond Guajardo and Clay Collard from Saturday's #PBConFS1 card deserves another look, because WHOA. ?? pic.twitter.com/4pOVHhIfVq

A channel that is dedicated to religious programming decided to break format and put on a boxing card from New Mexico. The opener was a heavyweight contest with Denotay Wilder’s sparring partner Alonzo Butler taking on Jesus Torres. I didn’t hate the matches, but for an inaugural card, they’ll need better fights to air as it goes on.

If I was given creative control of a boxing TV show, this is EXACTLY how I would start things off in my premiere event. pic.twitter.com/xy2Jy7vexL

— The Big Gibber Tripping Over Himself (@BoxrecGrey) February 2, 2020

These are the three things I’m looking forward to this boxing weekend: 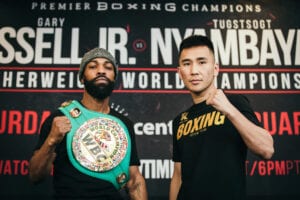 One of the longest-running boxing punchlines is the annual mandatory bout, which is Gary Russell Jr. Fight Week. Russell Jr. shows up,  wins against an overmatched mandatory opponent and disappears to return next year. The assumption is Russell facing Tugstsogt “King Tug” Nyambayar earlier in the year on Showtime this weekend will open up the door for him to fight at least twice in 2020.

I asked the hosts, Steve Kim of ESPN and Mario Lopez at The Three Knockdown Rule Podcast if we’ll see Russell Jr. back in the ring in 2020.  Kim mentioned that his lack of activity is mystifying. “If you’re just complacent and you just settle for one fight a year, some of that is on you,” Kim said on the podcast.

Russell is in against his toughest test since JoJo Diaz in 2018, and let’s see if he finally gets the big fight and ANOTHER fight he was looking for in the same calendar year should he win against King Tug. 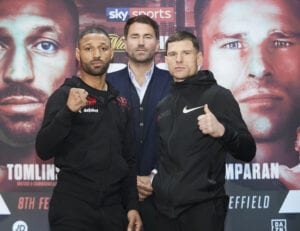 Kell Brook wasn’t in the ring in 2019 and is kicking off 2020 against local Boston fighter Mark DeLuca. For Brook, he is looking to get back into the title picture again as former world champion and a victory Saturday in Sheffield, United Kingdom will get him just that in the right direction. There is also much labored and rumored conversation that it may finally get Brook that rivalry matchup against Amir Khan. While I think the milk on that fight is spoiled and rotten, it will be interesting to see how he shakes off the ring rust in action versus a game challenger in DeLuca Saturday on DAZN in the US and Sky Sports in the UK. 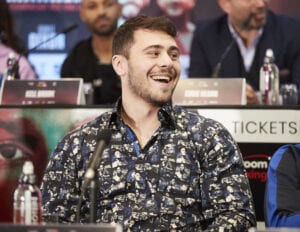 Last time everyone saw Dave Allen in the ring, he was on the wrong end of the stoppage against Dave Price last July in London. The contest was one that was supposed to be the end of the line for Price turned out to be one that had Allen hit hard and often over ten rounds. Allen looks to rebound this weekend on DAZN on the same card as Brook vs. DeLuca against some favorable opposition in Dorian Darch. Darch is 0-7-1 in his last eight contests.

“Maybe my best is always going to be in the gym, but I’ve got hopes, I’ve got high hopes, and I’ve still got massive aspirations,” Allen said at the final press conference in Sheffield Wednesday.”I’ll keep them in my mouth for a bit longer, but the belief is still there.”

Allen can put those hopes in action on Saturday.