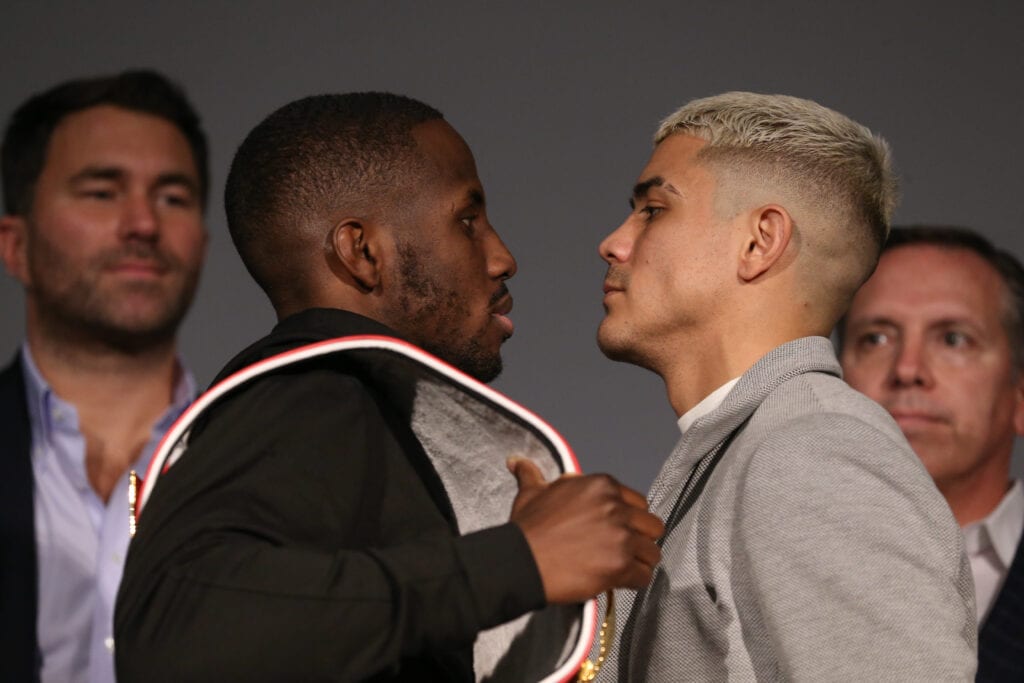 Super Bowl weekend in the United States kicks off an early week of boxing to look forward to here. Ironically taking place starting Thursday Night at the site for future Super Bowl-related activities on DAZN. Before I look at what I’m looking forward, let me look backward at the three things from last weekend’s Showtime card I was expecting:

Lorenzo “Truck” Simpson- Simpson kicked off the Garcia-Redkach card in a six-rounder against the toughest 2-10-1 challenger I’ve ever seen in Antonio Louis Hernandez. While he was better than his record, Simpson like most of the A-side on this card Saturday night coasted to a clear, unanimous decision victory.

Jarrett Hurd with new trainer Kay Koroma- Hurd in his 1st fight after losing the titles to Julian “J-Rock” Williams spent ten rounds working on his defense against Francisco Santana. Another one-sided victory and Hurd wasn’t getting hit in this one like in previous bouts.

Stephen Fulton vs. Arnold Khegai – This fight kicked off the Showtime card and was the one that, by all accounts, was the fight of the night on it. Fulton was able to establish his jab and land it more en route to a unanimous decision victory in the WBO title eliminator. The win for the current IBO champ at 122 lines him up for a potential matchup with current titleholder Emanuel Navarrete. Will it happen? Time will tell.

Listen to the latest episode of the Big Fight Weekend Podcast below.

These are the three things that I’m looking forward to this weekend in boxing action: 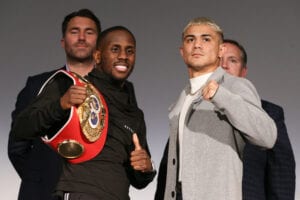 They’ve let this one simmer for a bit. Since last year these two have been going back and forth in person and on social. All of that ends as this bout for Farmer’s IBF belt at 130 takes place Thursday night in Miami. The whole card has something for everybody, including Youtubers. I’m not here for that or even the main event honestly, but seeing this one has my interest. 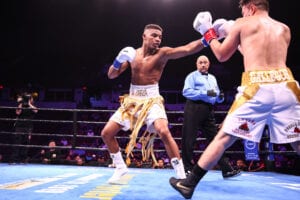 Michel Rivera is an undefeated lightweight prospect that is in action on the Yordenis Ugas-Mike Dallas Jr. card Saturday night on FS1. While that card isn’t the strongest, this fight between Fidel Maldonado Jr. is. Rivera will be in action in the U.S. for the third time and has been impressive in his previous two last year. Maldanado Jr. is a step-up fight for him and will be interesting how he performs against Maldonado, who is coming in on a three-fight win streak.

There is a new network that is airing religious programming, and for yours truly, it doesn’t get more spiritual than in-ring boxing action! They have a card this Saturday night starting at 10:30 p.m. ET featuring Austin Trout and Alanzo Butler. The Impact Network is a basic channel on my horrible cable provider, which means in the U.S., it could be for you as well. If you cut the cord, the site link by clicking here will have the fights. It’s a rollout of a new outlet for boxing, and I’m all for it.