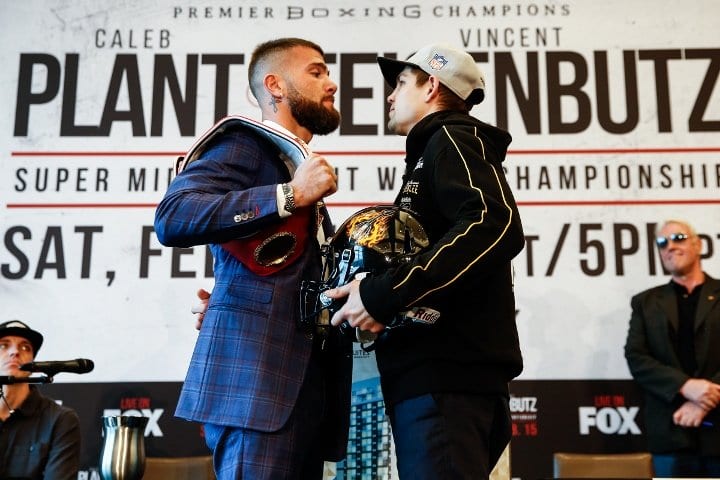 Valentine’s Day in the United States, and while the country spends money on things in heart-shaped boxes and waiting in understaffed restaurants for eats, there is plenty of boxing that is going on this weekend. I’ll point out the three things I’m looking forward to this week but first let me go back at what I was looking back at last week.

Check out our latest edition of the Big Fight Weekend Podcast previewing this weekend’s action:

Gary Russell, Jr. Fight Week didn’t let me down as the Mongolian hotbed of Allentown, Pennsylvania rallied for  Tugstsogt “King Tug” Nyambayar. Unfortunately for them and King Tug, Russell cruised to a comfortable unanimous decision victory to retain his WBC strap at 126. Let see as of this writing in the next 322 days we get to announce that Russell is in action again on one of them, or he just got his scrap out the way for boxing early in 2020.

Kell Brook vs. Mark DeLuca was the main event of the DAZN card out in the UK, and I thought Brook was going to have ring rust after not being in the ring in 2019. Whatever rust he had, wasn’t enough for a scrappy but outmatched DeLuca to handle who was stopped in seven rounds.

Dave Allen was in action for the first time since his severe loss against David Price and won in three rounds against Dorian Darch. I was looking forward to seeing how Allen would look. After this fight, it’s currently under investigation for possibly being a fixed match. In all seriousness, I hope this all clears itself up, but to anyone watching the fight, it doesn’t pass the casual eye test. The fellow writer here, T.J. Rives and the UK “Fan Mail” he received for writing about it on Monday, topped all of the in-ring action personally.

Here are the three things I’m looking forward to this boxing weekend: 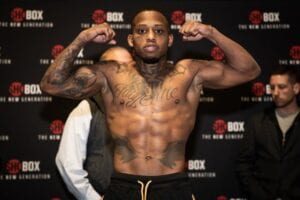 If you don’t know the story behind Jerrico Walton, the undefeated welterweight prospect (16-0, 7 KOs) is in action on the Shobox: the New Generation Quadupleheader starting at 9 p.m ET. Kevin Iole of Yahoo Sports laid out a great piece laying out his background and how boxing has helped him turn things around.  Walton also was active as one could be in 2019 fighting six times, one of those times I saw on the undercard of the Connor Coyle-Ryan Burwell card on UFC Fight Pass last April.

I spoke to him earlier today he mentioned to me that it was at this time he hooked up with current trainer Ronnie Shields to get him to the next level. Walton also stated that he’s blessed to have the opprtunity that many others didn’t and is looking to be as active in 2020 as he was in 2019. A great tidbit that I learned that he had gotten his nickname by his first coach when he got into boxing and didn’t have no clue who Roberto Duran was. He knows now of course who he and is looking to live up to the nickname.

He faces a tough step up in Montana Love (12-0-1, 6 KOs) in what should be a fun matchup of prospects on Showtime.

How many rounds can Vincent Feignbutz last with Caleb Plant? 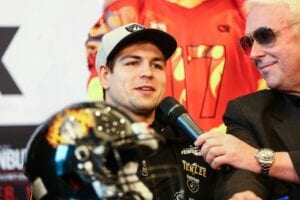 Vincent Feignbutz (31-2,28 KOs) is taking on IBF Super Middleweight champion  Caleb Plant in the main event of Premier Boxing Champions on Fox Saturday Night starting at 8 p.m. ET. I know what your thinking, and I’m here to help. The last name is pronounced “thigh-gen-boots”. Secondly, this is a hometown bout for Plant making the second defense of his belt in Nashville after destroying Mike Lee last July. While many don’t expect Feginbutz to beat Plant, he’s not taking any chances as we learned speaking with this week’s podcast guest Jake Donovan of Boxingscene.com

“We only drink our stuff,” Feigenbutz stated BoxingScene.com as they explained, bringing in their own $200 cases of water from Feignbutz’s native country of Germany. “It’s not a magic potion or anything. It’s refreshing, and we know it’s clean. For the same reasons, we only eat our food. We love all our fans here, but we don’t trust anyone when it comes to the (food and drinks) that goes into my body.”

Donovan vouched for the water being shipped in, but we’ll see if the precaution can lead to an upset Saturday night. I’m saying he survives at least seven rounds. 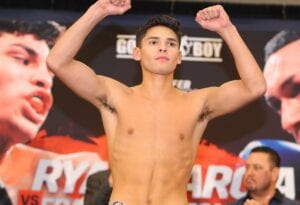 “Kingry” (19-0, 16 KOs) is a rising lightweight star fresh off his one-round stoppage of Roberto Duno back in November and is looking to gain a world title this year. The first step will be this fight against Francisco Fonseca to close out the Honda Center card that will air on the streaming service DAZN starting at 9 p.m. ET (the undercard begins at 7 p.m. and can be seen on the DAZN Youtube channel). One of the many targets of Gervonta Davis on social has been Garcia, and a statement could be made if Garcia spectacularly stops Fonseca, much like Davis did back in 2017.

One thing to keep in mind also if Garcia wins is that Jorge Linares is in action on the co-main event and looks to be the more logical option for Garcia next if both are victorious.

Feigenbutz looking to avoid cards against Plant
Beterbiev-Fanlong to take place in March
Advertisement
To Top
We use cookies to ensure that we give you the best experience on our website. If you continue to use this site we will assume that you are happy with it.OkPrivacy policy