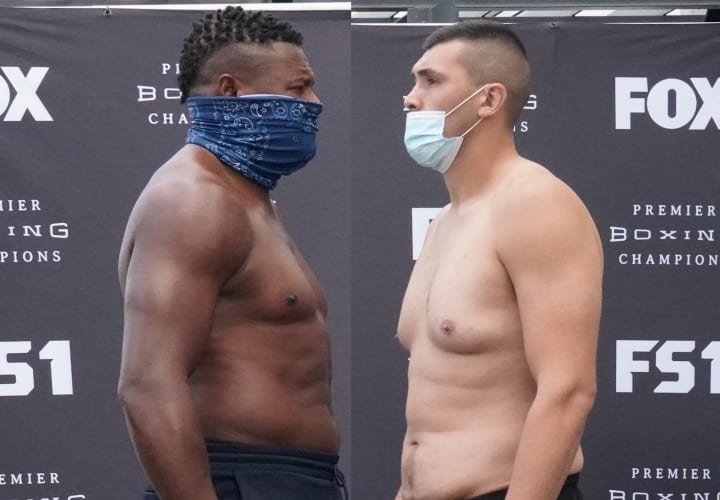 While this weekend’s lineups aren’t the marquee matchups in boxing anyone is looking for, I have in this installment the three boxing things I’m still looking forward to for Saturday night in this weekend’s fights.

In case you haven’t, check out our latest edition of the Big FIght Weekend Podcast with “The Latin Snake” Sergio Mora talking about the Devin Haney-Yuriorkis Gamboa he’ll be calling for DAZN and more below:

here are the three things I’m looking forward to tonight in this weekend’s slate of cards.

The Return of Luis Ortiz 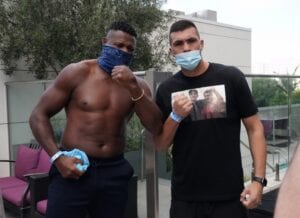 The last time we all saw Luis Ortiz in the ring, he was on the wrong end of Deontay Wilder right last November in their rematch. That fight won’t be the end of the line for Ortiz as he takes on Alexander “The Great” Flores to closeout the all heavyweight card airing on over the air Fox TV.  41 years old is the new 31, and this won’t be Ortiz’s last rodeo in the ring and should likely stop Flores as he makes one more run in the division. 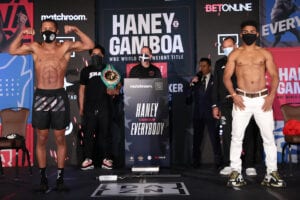 WBC lightweight champion Devin Haney is back in action as he defends his title against Yuriorkis Gamboa at the Seminole Hard Rock and Casino down in Hollywood, Florida.  However, you feel about how he has the title; he has it, and in this latest defense, he will try to make a statement by trying to take out Gamboa.

Gamboa was last in the ring in Atlanta against Gervonta Davis and while he was stopped in the final round of that contest, was pretty much on one leg from the 2nd round on but was pretty much outside of one 10th round where he caught Davis, was beaten soundly in that fight. The gambling play has Haney by knockout bet to little value at this point of the writing, and that is all but expected in this one as Haney tries to get one step closer to the big names at 135  he feels ducking him.

Jeremiah Milton back in action 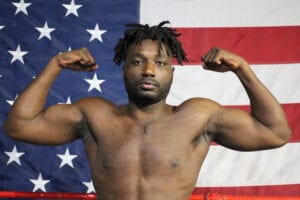 Heavyweight prospect and former U.S. Olympian Jeremiah Milton is in action again in his second pro fight on the Impact Network on a card coming locally here down at the St. Petersburg-Clearwater Mariott in St. Petersburg, Florida. Looking forward to this bout for him as the Tulsa native is one to keep an eye on and was last in action in August, knocking out a dude with a five-star mullet in his pro debut.  I expect more of the same against  D’Angelo Swaby in this four-rounder.

Oscar De La Hoya Confirmed Friday That Canelo Is Free Agent
DAZN’s Mora On Devin Haney- “Everyone Wants To See Big KO”
Advertisement
To Top
We use cookies to ensure that we give you the best experience on our website. If you continue to use this site we will assume that you are happy with it.OkPrivacy policy