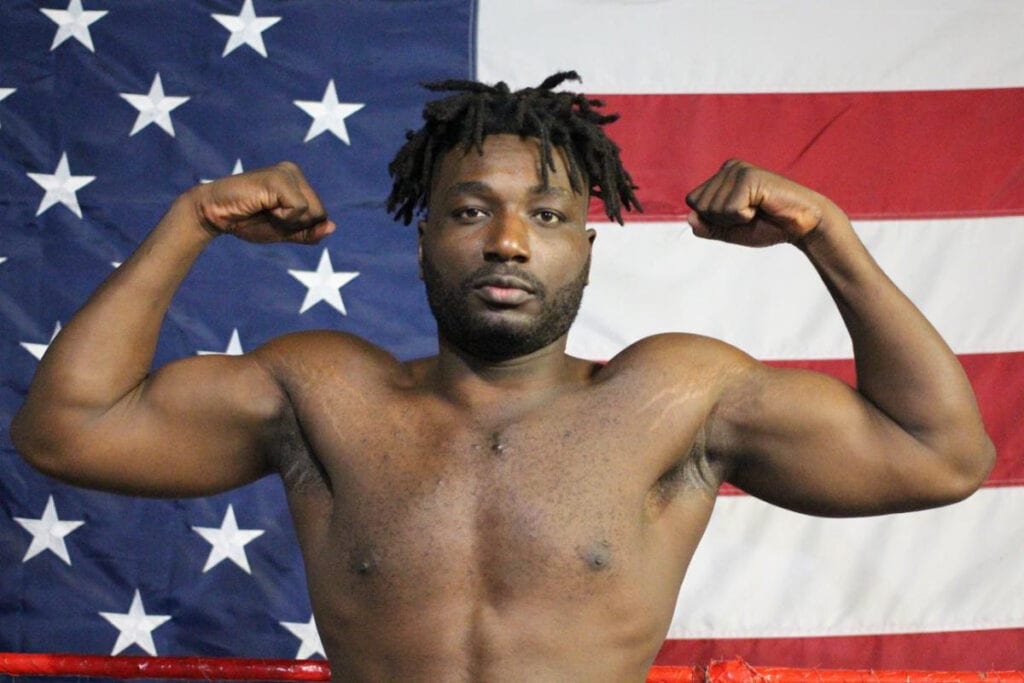 Jeremiah Milton, after several delays, made his anticipated pro debut Thursday night and did so in quick fashion, taking care of Dennis Vance Jr. in the first round of their scheduled four-round contest that came from the legendary Kronk Gym in Detroit, Michigan.

The Tulsa native Milton in seventy-five seconds dispatched Vance Jr. with a nasty right that spun him around and had him hit the canvas face first, signaling the end to the contest as he was checked out by medical personnel. If you hadn’t seen the shot, feel free to check that out below from the fight card that aired on the streaming service, UFC Fight Pass.

Milton looked great in the time he was in the ring, but Vance Jr. (1-2, 1 KO) almost got his mullet knocked off with that shot.

The UFC Fight Pass card up and down as a whole if you didn’t catch it, you didn’t miss much of anything. The majority of the contest was very poor mismatches highlighted by former National Golden Gloves Champion Morris James Young Jr. in his welterweight pro debut (1-0, 1 KO), stopping FBrazil’s Jeader Alves De Oliveiro in the second round by stoppage.

De Oliveira, who had a mixed-martial-arts background, spent the first round literally at one point running with his back turned away from Young Jr. He spent the second round getting launched on before the referee Gerard White had finally seen enough of it at the 1:59 mark.

The opening bout saw Marlon “Savage” Harrison (2-0, 2 KO) in similar quick work, disposing of San Antonio’s Ricardo Medina (0-1) by in 62 seconds of the first round for the win. Harrison scored three knockdowns in that short time as well, including this homerun shot.

The two went toe to toe in the third round, but Perkins was too much for Harrison and scored a knockdown to end the series. The final scorecards shown a clean sweep for Perkins of 40-35 by all three judges.

In the 10-round main event, undefeated top-10 super middleweight Vladimir Shishkin (11-0, 6 KOs) overpowered and stopped Mexican veteran Oscar “El Monstruo” Riojas (21-14-1, 10 KOs) in round nine.  Shishkin, who was last seen on a Shobox card, is currently ranked by WBC #10 at 168 as he looks to climb up the ranks in a sanctioning body that just stripped David Benavidez of the strap.

This card showed a lot of prospects beating down what I like to call “favorable opposition. ” The action in the ring reflected it.