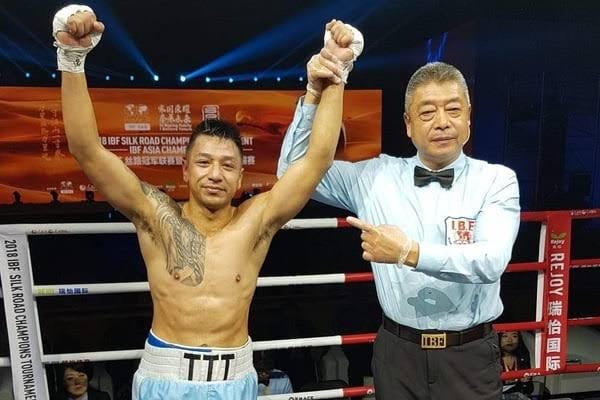 Liam Paro 19-0, The North Queensland native will make his long-awaited return to the ring in Brisbane this Saturday after a year without a fight.

Paro Ranked second in the world with the World Boxing Organisation and 3rd with the International Boxing Federation at super lightweight.

It was the pandemic that brought Paro’s undefeated career to a screeching halt last year after he notched win number 18 against James Chereji.

Paro takes on veteran Terry Tzouramanis 23-4-3 who hasn’t been in the ring since soundly defeating Brandon Ogilvie in Perth at the World famous Thunderdome series by iconic Promoter Tony Tolj.

Gago has won multiple titles with various governing bodies whilst under the guidance of Australian Boxing Grand Wizard TonyTolj and Dragon Fire Boxing and is hungry to get back into the ring.

‘The Timorese Terror’ spoke about resigning a potential clash with the winner.

“I’ve won multiple titles thanks to Dragon Fire and have boxed at the likes of the IBF convention in Macau. I couldn’t be happier with how my career has unfolded but I believe I still have more titles to win and Tony is the man to get me those opportunities and I want the winner of this fight with Paro and Terry

I have great respect for Terry and Liam, they both have great teams and great careers.They are fighting at Jnr Welterweight and I’m prepared to cut and make the weight.

I want to fight the best to get the best opportunities, I believe in my team, my trainer Jay Gray, my Manager and Promoter Tony Tolj, my teammates are doing special things Francis Chua and Jackson England, I just have a great team and I will be watching this weekends fight and I will be ready for this winner”