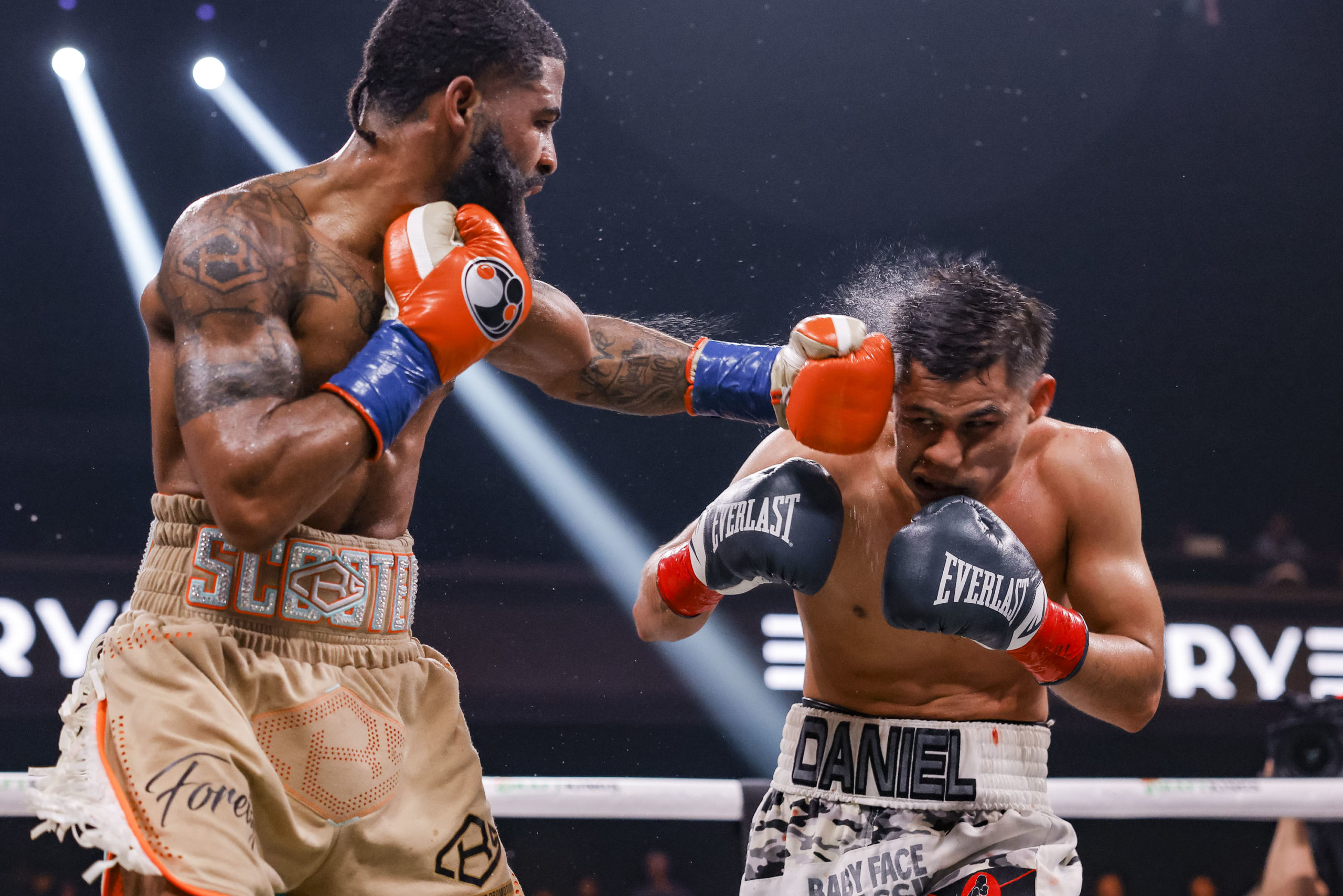 When Stephen Fulton Jr. won a majority decision over Brandon Figueroa to unify the WBO and WBC junior featherweight titles in November, many disputed the result. Not so in Fulton’s return on Saturday night.

Fulton thoroughly dominated former unified titlist Daniel Roman in a one-sided unanimous decision to retain his unified 122-pound titles in the main event of the Premier Boxing Champions card on Showtime before a sold-out crowd of 4,695 at The Armory in Minneapolis.

“There’s no excuse. I think this fight proves who the best 122-pound fighter in the division is. Fulton did that tonight. He proved it,” Roman said.

Indeed, Fulton (21-0, 8 KOs), 27, of Philadelphia, displayed a complete arsenal in dismantling Roman, who was widely viewed as serious threat going into the bout. But Fulton shut him down.

Fulton, who won his first title in January 2021 by lopsided decision against Angelo Leo and was making his second defense, beat Roman (29-4-1, 10 KOs), 31, of Los Angeles, on the inside and outside and battered him with hard jabs.

According to CompuBox statics, Fulton landed 218 of 602 punches (36 percent) and Roman landed 113 of 673 (17 percent). Fulton outlanded Roman in every round except the third round. The CompuBox junior featherweight average for jabs landed per round is four. Fulton averaged nine landed jabs per round and connected with 106 for the fight.

“I made a hell of a statement,” Fulton said. “I prepared for this and I told y’all I was going to make it easy and fight depending on how I wake up, and I woke up feeling good. It was very important to control the distance. Like I said before in the last outing with Brandon Figueroa, I didn’t have the energy because I didn’t make the weight the right way. So shout out to my dietitian.”

Roman was aggressive as he tried to press the action and go to Fulton’s body but he almost no success. Fulton jabbed him, countered and moved out of the way in a near-flawless performance.

“Any moment (Roman) had, I took it right away from him. I neutralized the threat,” Fulton said. “I started walking him down because I saw that he had been slowing down. I wanted to stop him but I didn’t get that.”

Fulton now wants to fully unify the division and become the undisputed champion. That would mean facing IBF/WBA titleholder Murodjon “MJ” Akhmadaliev (10-0, 7 KOs), 27, a southpaw from Uzbekistan, who would have to defeat mandatory challenger Ronny Rios on June 25 in San Antonio.

Fulton-Akhmadaliev or a fight with Rios is a hard deal to make because while Fulton is with PBC and fights on Showtime, Akhmadaliev is with Matchroom Boxing and Rios is with Golden Boy and they both fight on DAZN.

Roman has also faced Akhmadaliev, who won a debatable split decision in January 2020 to take his unified belts in a fight many thought Roman won. Roman came into Saturday’s fight having won his two fights since the loss.

“I wish him the best and I hope he goes and achieves what I couldn’t achieve,” Roman said of said Fulton facing Akhmadaliev. “Go become undisputed. Like I said, this fight proved who is the best in the division. Fulton was the better man tonight.”

Fulton said before beating Roman — and again after — that his goal is to become the undisputed champion. He is one fight away if it can be made.

“You already know what’s next,” Fulton said. “I want MJ. I got to finish this up. But much respect for Danny Roman. Much respect.”