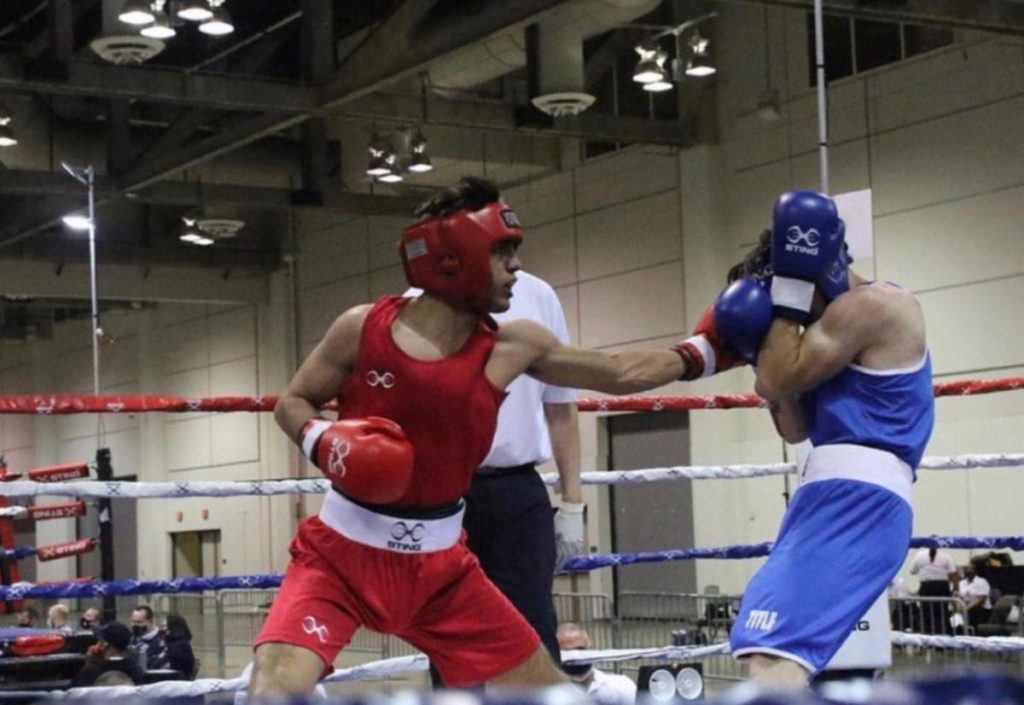 Marquez, 20 years old of Houston, Texas began boxing at the age of 12 as he is the son of former U.S. Olympian, world junior middleweight world champion, and current broadcaster Raul Marquez.

“I started following Giovanni years ago and I always knew with his work ethic he would continue to improve, but I never imagined that he would develop so much, so quickly, as to be possibly the best amateur fighter in the USA in 2021. He was always relentless, well conditioned, and smart, and then he added power and greater balance! There are no ceilings for this young man, he can do anything he sets his mind to do,” said David McWater, CEO of Split-T Management.

“I feel great about signing with Split-T Management. David McWater and Split-T Management have been dominating the game. David has been a friend of my father’s for a long time, and has been giving me great advice. After that advice, I won the city, state and National Golden Glove tournaments. I am happy to be with a great manager and have my dad as my trainer. The sky’s the limit. Now I just have to stay focused and put in the work. “I feel like signing with David makes me have an all-star team with David and My dad. Having him as my trainer is an honor to continue the Marquez legacy. ” said Marquez.

“We are excited. We have a good relationship. He is a good talent scout, and he has always supported Giovanni and myself. David is one of the best managers out there, and I am thankful that he found interest in us as well. We feel that he will be making the right moves for Giovanni’s career. David was really impressed with Giovani when he was the National Golden Gloves, and he won the outstanding fighter of the tournament,” said Raul Marquez, who trains his son Giovanni.

Marquez had an amateur record of 75-12, which culminated in winning the National Golden Glove tournament this past August in Tulsa, Oklahoma. He was named the Most Outstanding boxer in the tournament.

Marquez, who won the 152-pound National Golden Gloves, will begin his pro career around 145-pounds, with the goal to campaign as a junior welterweight.

“I feel my style is a better fit for professional boxing. I am a boxer-puncher, and I can adapt to anything in the ring. I can take my time to show my skills and show every aspect of my game. I believe that I will make my debut late this year or early next year. I want to stay active and develop my skills and be entertaining in each and every fight,” said Giovanni

“I have told Giovanni, me being his dad, gets a lot of attention. He has been getting attention. I tell him that he has to work hard and he can’t cut any corners. He works hard, and he is very disciplined. He is always working out and staying in shape. It is a long road and it’s a tough sport. We are going to try our best, I have learned so much from my career and my broadcasting. Add that to Dave’s connection, I feel that he will go far. We are ready for this step,” said Raul Marquez.