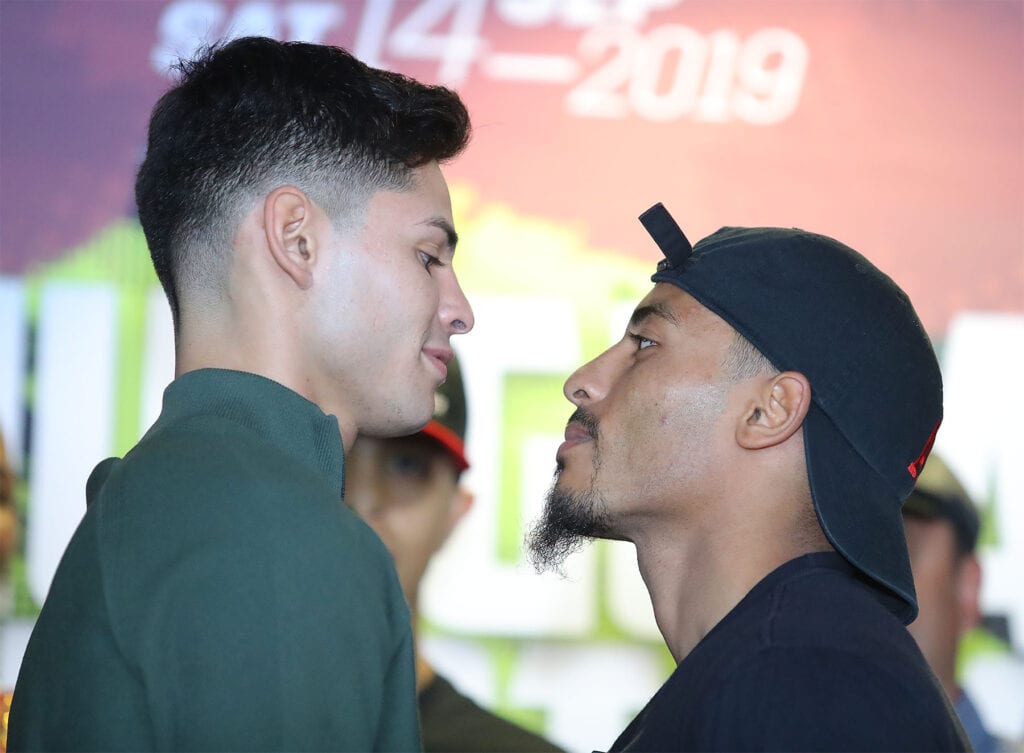 More information is coming down the pike in what had caused Avery Sparrow to be a no-show to the weigh-in Friday for his upcoming fight against Ryan Garcia.

Peltz told Boxingscene that there was a warrant out for Sparrow’s arrest for a domestic dispute that took place in Philadelphia in April 2019 where Sparrow allegedly wielded a firearm on a woman. The incident occurred after a woman threw Sparrow’s clothes out of a window, and there were other people involved.

Peltz also stated to the site that he and his lawyer George Bochetto in Philadelphia, a respected attorney who once ran for Mayor, got in contact with the Philadelphia detective and supervisor who was handling Sparrow’s case. Both had verbally agreed—tho not in writing—to have Sparrow (10-1, 3 KOs) fight Saturday, and hold his purse until he showed up in front of a judge in Philadelphia for a court hearing on Monday.

Peltz states that Sparrow had no intentions on fleeing and mentioned that his fight purse against Garcia would have been the biggest in his boxing career.

“Avery was going to show up on Monday one thousand percent, or else he wasn’t going to get paid,” said Peltz to Boxingscene. “He was scheduled to fly back Sunday.”

Apparently, this couldn’t wait, and the US Marshals stepped in. Sparrow is currently sitting in Men’s Central Jail and will be extradited to Philadelphia to be in front of a judge on Monday.

Peltz and Bochetto had reached out to the US Marshals to see why they went back on their word, and Peltz said the US Marshal texted back claiming his hands were tied. This miscommunication was due to either the Philadelphia detective didn’t contact their office, or the deal was overridden by someone else, and there was nothing else that could be done to resolved or stop the arrest from happening.

“I’d seen the video in April and told him to ‘watch out who he’s hanging out with,’” said Peltz, shortly after the fight was called off. “I was notified Tuesday night when we were in the van on the way from the airport to the hotel in Los Angeles that there was a warrant out for his arrest.”

Peltz being notified Tuesday explains why the Marshals were on a search at local Los Angeles gyms for Sparrow on Wednesday before capturing him at a local Target being surrounded by police, and a helicopter.

“You might as well have thought they shot the president,” said Peltz.

So with Sparrow unavailable, Garcia was offered a replace fighter by Golden Boy Promotions in Romero Duno. Lance Pugmire of The Athletic reported in speaking with Golden Boy President Eric Gomez that Garcia turned that fight down.

“Today Sparrow gets arrested, and we tell (Garcia’s team) Duno is still willing to fight,” Gomez said to Pugmire. “Ryan turned him down and said, ‘he’s too tough.’ Duno is available, he’s on weight, he’s on the card and Ryan turned him down. He doesn’t want to fight him.”

A fighter like Duno for Garcia would be a tougher opponent than Sparrow on short notice who was coming up from his typical weight class of 126 to take on Garcia. Pugmire also hinted that Golden Boy is still looking for a replacement for Garcia as of this writing. Until then, Garcia will not be in action Saturday.

While the co-main event is off this show to air on DAZN tomorrow, everything else on the card is still intact.

Avery Sparrow arrested, Garcia fight off
Ryan Garcia to Golden Boy- ‘I did my Job’
Advertisement
To Top
We use cookies to ensure that we give you the best experience on our website. If you continue to use this site we will assume that you are happy with it.Ok