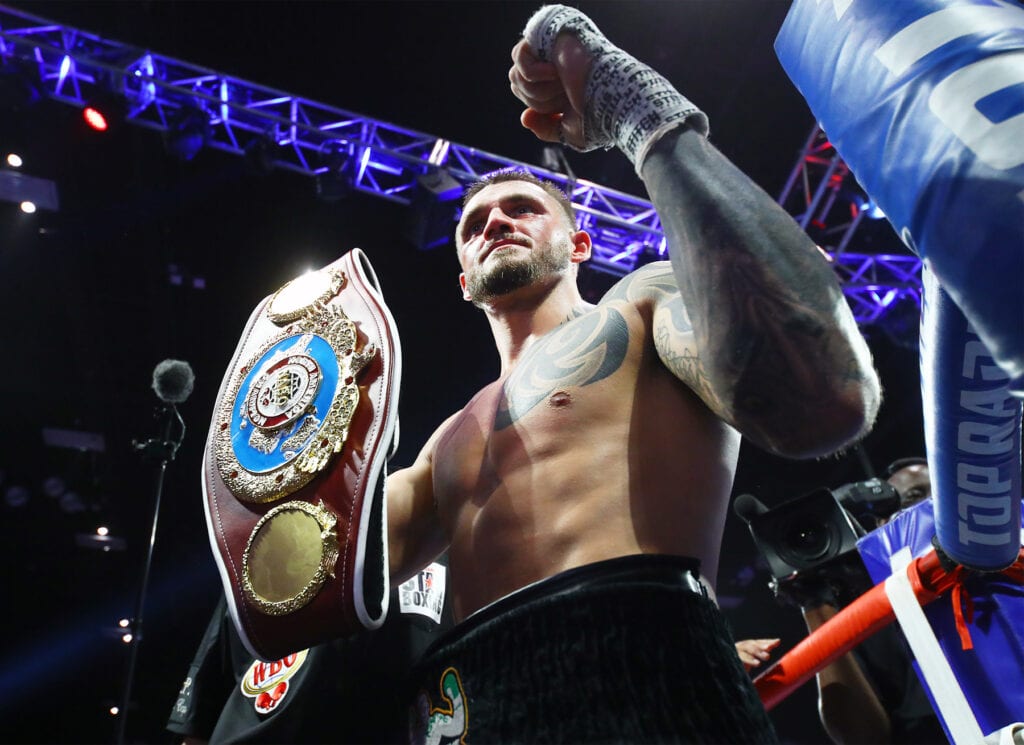 The main event at the Hard Rock Casino in Atlantic City, New Jersey, we’re treated to what was slated for revenge, saw Joe Smith Jr. disregard that, defeating Jesse Hart by split decision.

Hart had planned on avenging the loss his mentor Benard Hopkins suffered to the same Smith Jr., but early on, that wasn’t the going to be the case.

Smith was dominant but had to settle for a split decision in the Top Rank on ESPN’s main event in front of 3,415 fans at Etess Arena at Hard Rock Live. While it appeared to be a clear decision for Smith, one judge James Kinney decided to put in the worst scorecard of the year, scoring the bout 95-94 for Hart. Thankfully the other two judges were watching the fight and had Smith with scores of 98-91 and 97-92, respectively.

“I knew no matter how hard I got hit, I just had to stay busy,” Smith said. “That’s what I did tonight, and I am coming home with the win.

“This win means everything for me. I had to make a statement that I belong at this level.”

Smith (25-3 20 KOs) played the role of pressure fighter throughout, while Hart (26-3, 21 KOs), who attempted to box on the outside, could not keep the Long Island native at bay. It also led Smith to a knockdown in the seventh round as he caught Hart with a right hand to Hart’s head that sent him to a knee. For Smith, it was a rebound win, as he lost a title challenge to WBA light heavyweight world champion Dmitry Bivol last March. Hart, a two-time world title challenger at super middleweight, is now 1-1 as a light heavyweight.

Hart said after the fight: “I hurt my right hand a week ago. You can see it’s messed up. I don’t want to make no excuses because Joe fought a great fight. I hurt the hand in my last sparring session and thought I could overcome that. Credit to Joe for doing what he had to do.”

Hart during the fight, pretty much playing keep away for as long as he could, even to the point the broadcast was critical of it. Analyst Tim Bradley said during the fight, “This is Jesse Hart. This is what he does,” as Hart was not trying to stand in and trade with Smith for this fight. Smith was coming off a long layoff and will now look to get himself back in the title mix as this contest was for the NABO Light Heavyweight crown.