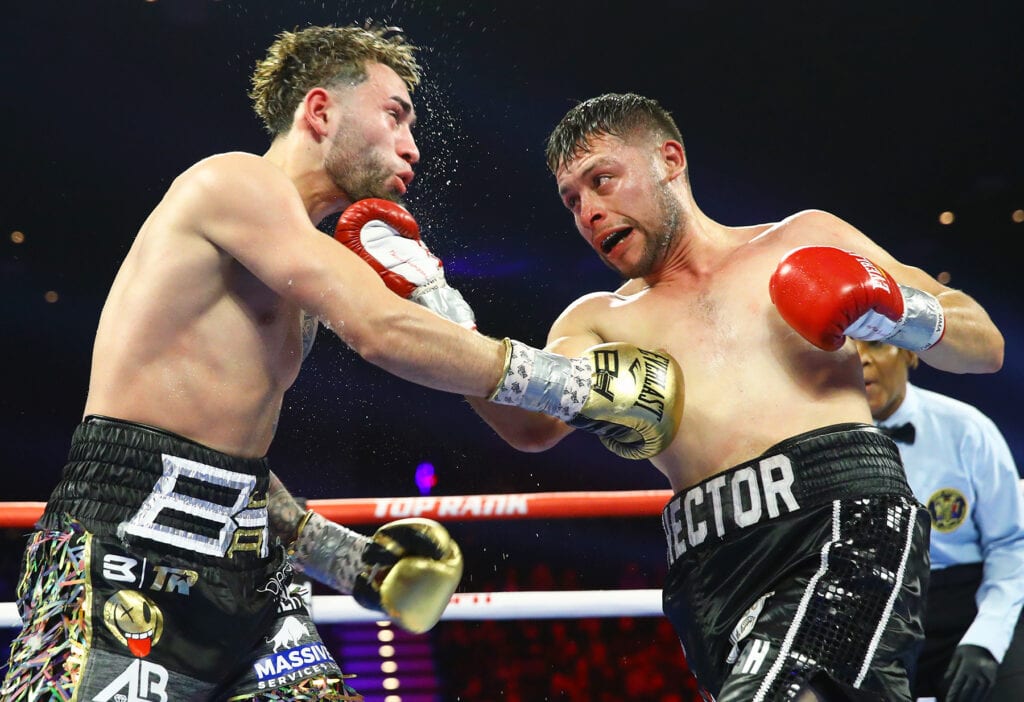 A lot of people in the United States focused their attention on the National Football League Playoff games that took place Saturday night. I’m a sense of perfect timing, I decided to turn as the San Francisco 49ers had their contest wrapped up in time for the start of the undercards of Jesse Hart and Joe Smith on ESPN+. Shortly after, the undercard for Jaime Munguia and Spike O’Sullivan on DAZN got underway.

Travon Mazion is an undefeated super welterweight prospect, and after 58 seconds on Saturday night in the Jaime Munguia-Spike O’Sullivan undercard, stayed that way against veteran Fernando Castañeda. What was supposed to be a fight that Mazion planned to get some rounds in and even joked on the broadcast as a “jab party” was cut abruptly short with a nasty left body shot to the liver of Castañeda. That shot by Mazion sent Castañeda on the ground rolling and the contest over. Mazion called out after the fight newly crowned WBO champion at 154 Patrick Teixeira, who initially turned a match down against him. After this contest, let’s see if that can somehow be arranged to take place.

Adorno and Garcia was the undercard fight of the night

Lightweight prospect Joseph Adorno was in an absolute firefight with veteran Hector Garcia and was given the toughest test of his career. In a contest where Adorno was in control the first half their eight-round bout. That all changed in the fifth, and an absolute firefight broke out. Both were exchanging hard shots throughout. While both men weren’t knocked down in the fight, the punishment handed out between both resulted into a split draw and a fair result. It was a brawl and one that Adorno’s mother, Tammy Adorno, couldn’t bear to watch her son have.

Franco puts on a boxing clinic against Burgos at 115

Joshua Franco was last seen in the ring taken on Oscar Negrete. Then against Negrete before that. Then that one time he faced Negrete before that. So to kick-off 2020, the San Antonio native got a hometown bout against Jose Alejandro Burgos back down at e junior bantamweight. The town was treated to a boxing clinic as Franco systematically broke down Burgos, who was game for the contest and willing to trade. The exchanges made for great back and forth action.

As the fight wore on, however, Franco was able to make Burgos miss and miss often to the point that everyone watching how much punishment would they let Burgos take. The answer would be by the referee in the ninth round when Franco landed a clean right that stunned Burgos and had him out on his feet. Before Franco could pounce, referee Rafael Ramos stepped in giving Franco the first victory at 115 since 2017.  Let’s see how he progresses back into the title picture at 115.