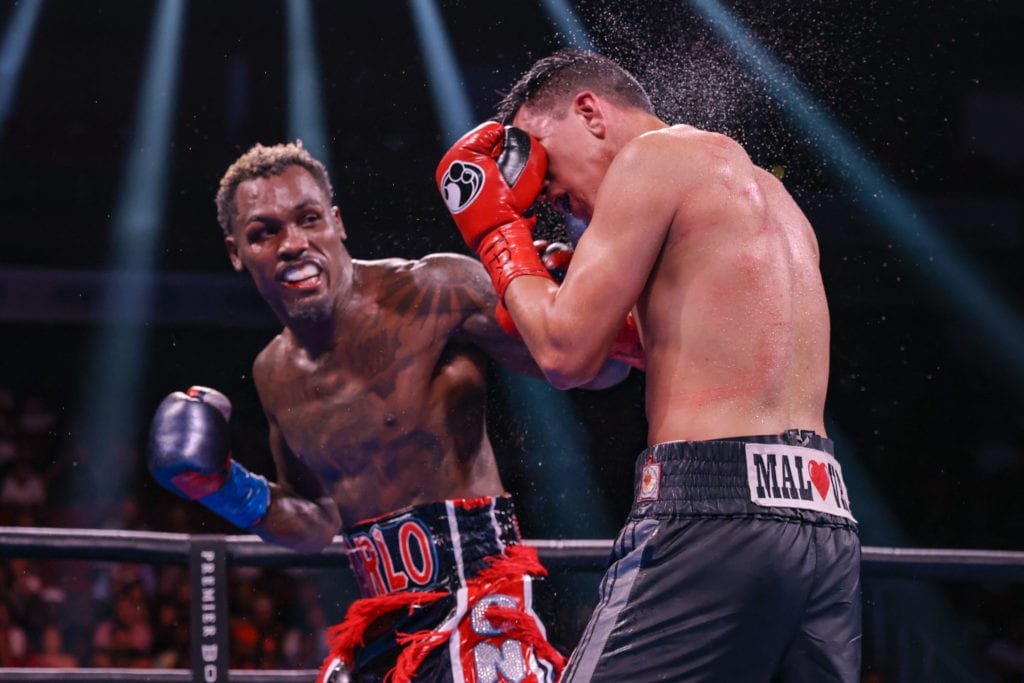 Undefeated WBC Middleweight World Champion Jermall Charlo will hold a “Juneteenth” celebration in his hometown for the second-straight year, when he steps into the ring to face tough former title challenger Maciej Sulecki on Saturday, June 18 live on Showtime from Toyota Center in Houston in an event presented by Premier Boxing Champions.

Showtime and PBC made the official announcement Thursday afternoon,

Charlo (32-0, 22 KOs) returns to fight in his hometown of Houston for the fifth time in his career, having most recently earned an entertaining unanimous decision win there over Juan Montiel last June on Showtime. The 31-year-old scored an impressive unanimous decision triumph over top middleweight contender Sergiy Derevyanchenko in their September 2020 showdown and owns a 7-0 record since moving up to middleweight in 2017. A two-division world champion, Charlo also strung together an impressive run at 154-pounds, capturing the IBF title in 2015 and piling up victories over champions Austin Trout, Cornelius Bundrage and Julian Williams, whom he floored three times on his way to a memorable fifth-round knockout.

“I’m excited to get back in the ring in front of my people in Houston and put on a great show fighting on Juneteenth weekend once again,” said Charlo. “I’m ready to handle my business and give everyone what they’re coming out to see. Sulecki is a tough fighter who’s going to come in hungry. But I’m fighting for something bigger and I won’t be stopped from delivering a special performance on June 18.”

A native of Warsaw, Poland, Sulecki (30-2, 11 KOs) trains in Chicago, Ill. with his new co-trainer and longtime Polish contender Andrzej Fonfara. He will look to earn his third straight victory on June 18. The 32-year-old has never been stopped and has won four of his last five fights, including a unanimous decision over Gabriel Rosado that earned him the title shot against Demetrius Andrade that he would eventually lose by decision. Sulecki has fought professionally since 2010 and has also scored notable victories in defeating former titleholder Jack Culcay in 2017 and knocking out then undefeated Hugo Centeno Jr. in 2016.

“I’ve been training for a long time for this fight and I feel strong and ready to get in the ring,” said Sulecki. “Charlo is a great champion and I respect what he can do, but I don’t think he’s any better than the best fighters I’ve faced before. I think I am the stronger fighter mentally and physically. I don’t think he’s a killer. He hasn’t even been able to stop his last two opponents. I’ve fought as the underdog in my opponent’s hometown, so I’m not worried about fighting in Houston at all We have a huge community of Polish fans in the U.S. and I know they’ll be there supporting me on June 18.”

Aleem (19-0, 12 KOs) put on the most impressive performance of his career in January 2021 to capture the interim WBA title on Showtime. Aleem dominated in a battle of unbeatens, dropping Victor Pasillas four times before eventually stopping him in round 11. Raised in Michigan and training out of Las Vegas, Nev., Aleem, 31, had stopped his past seven opponents inside the distance before most recently earning a decision victory over Eduardo Baez in November 2021.

“The time is now to take that next step in my career toward a world title shot and I know that a win against a tough opponent like Mike Plania will put me in that position,” said Aleem. “I’ve been waiting patiently for my opportunity to show everyone why I’m the best super bantamweight in the world. I’m grateful to my team for believing in me and my ability to bring excitement on the big stage. I’m never in a boring fight and you will see the best of me come June 18. I’m going to let my hands fly and do the talking.”

Charlo had been in the running to fight undisputed Super Middleweight champ Canelo Alvarez this weekend in Las Vegas. However, the future hall of famer did a a multi-fight deal instead with Matchroom Boxing and DAZN to fight WBA light heavyweight champ, Dimitry Bivol of Russia. Then, if Canelo is victorious as expected, he’ll face Gennady Golovkin in a trilogy bout this Fall on DAZN.