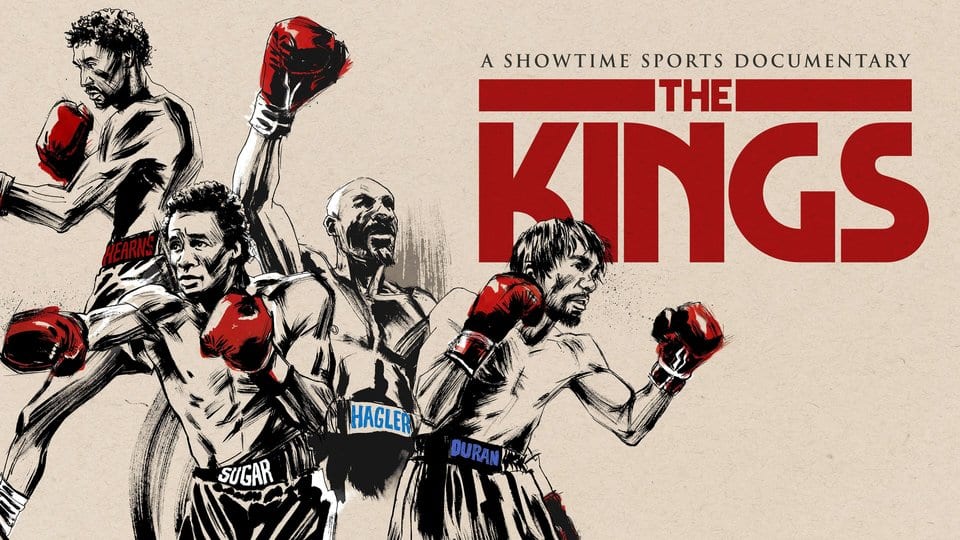 The debut of a highly anticipated four part, docu-series on the top boxers in the world in the late 70s-late 80s “The Kings” will be happening Sunday night on Showtime premium cable. And, in the best word to describe the shows is “riveting.”

Riveting because it weaves in and out of the stories of Sugar Ray Leonard, Marvelous Marvin Hagler, Thomas “Hit Man” Hearns and “The Hands of Stone,” Roberto Duran and how the four legends all ending up fighting each other.

Part one (which I have previewed) will air for the first time at 8pm East/West on the cable channel Sunday and for the next three Sundays forthcoming. And, it begins the series with the stories of all four legendary boxers rising through the ranks to win titles and culminates with the first Duran-Leonard Battle in Montreal in 1980.

That fight obviously sets off the litany of fantastic, dramatic, massive revenue battles between all of the fighters.

We further discussed the debut episode of “The Kings” on this week’s “Big Fight Weekend Podcast” with the former editor of Ring Magazine/boxing historian Steve Farhood of Showtime. Farhood is featured throughout the series giving historical perspective.

Hear more by clicking below:

As we wrote previously from the Showtime release on the docu-series,

THE KINGS takes the viewer beyond the glorious action of some of history’s most memorable prizefights to illuminate each man’s dramatic journey and the societal context that made them stars of sports and popular culture….

If you are a fight fan, you will want to see these episodes either first run on the network, through their on-demand services or through the Showtime app.