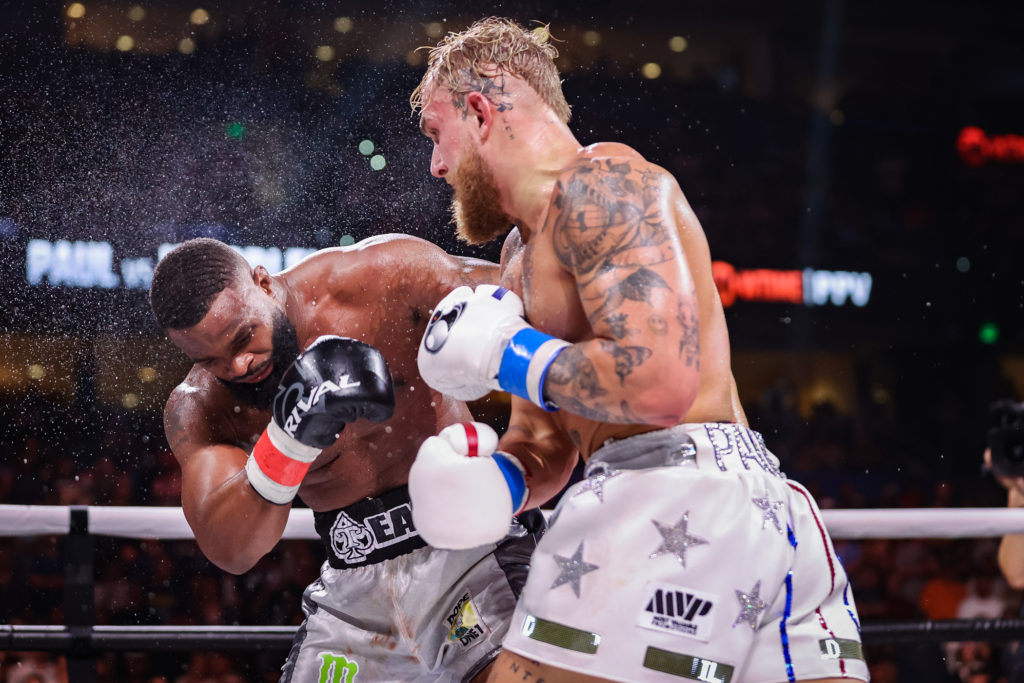 Jake Paul had already announced that he would return to the ring in August. What wasn’t known was where, against whom and whom would broadcast his latest bout? Well, we learned two of those answers Friday afternoon, as Showtime Boxing revealed they will be the broadcast partner on for Paul’s next fight on August 6th at famed Madison Square Garden.

The Network made the announcement with this social media poster, and it also includes that multi-division ladies champ Amanda Serrano will also be in the co-feature on the card,

Back at the Mecca 🏟

When last we saw the former actor who has millions of followers on social media, he was victorious with one mighty right hand in his rematch in a Showtime Boxing PPV win over former UFC champ Tyron Woodley in December.

The bout in Tampa, FL, was a short notice rematch of Paul’s decision win over Woodley last August. This, after Paul’s original opponent England’s Tommy Fury withdrew citing injury/illness. Woodley took the fight on just over two weeks notice and had been competitive up until Paul knocked him unconscious before he fell face first to the canvas.

It’s entirely possible that Paul may come back around to attempting to fight Fury, again, for the Showtime bout.

With Paul having fought three times from May-December of last year, although one of those was a one punch KO of former amateur wrestling star Ben Askren, it was believed he would return by May-June of this year.

As for Serrano, she suffered a hard fought loss to undisputed ladies lightweight champ Katie Taylor on a wild, narrow 10 round decision back in April, also at Madison Square Gardne. The bout came with over 19,000 in attendance. And, it was Paul and his Most Valuable Promotions along with Eddie Hearn of Matchroom Boxing that helped generate the biggest event in women’s boxing history.

The fight generated over $1.5 million in live gate revenue, in addition to DAZN and Matchroom having over 1 million subscribers world wide tune in.

Serrano, now 42-2-1 is the unified featherweight world champion and the fact that Showtime is televising the show would indicate that it’s not a rematch coming this quickly with Taylor, but likely a lesser contender for Serrano’s titles, instead.