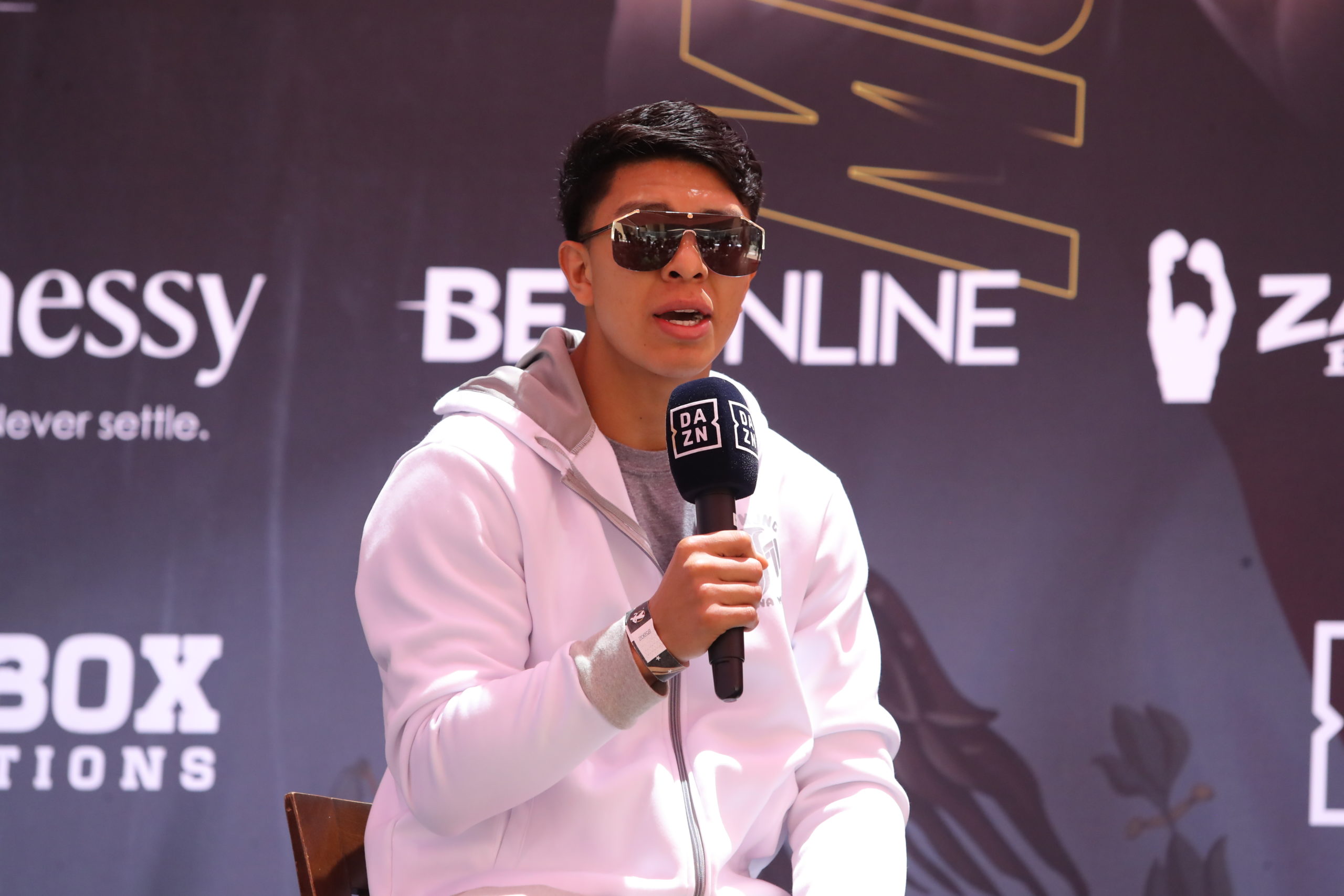 On Thursday the pride of Tijuana, Mexico, undefeated Mexican super-star Jaime Munguia (39-0, 31 KOs), and his opponent, former world title challenger, Jimmy “Kilrain” Kelly (26-2, 10 KOs) of Manchester, UK hosted their final press conference  This, as the fighters will face off at Anaheim’s Honda Center in a 12-round super middleweight fight on Saturday night live on DAZN worldwide, excluding Mexico.

And, Munguia knows with everyone knocking his opponent, he needs to impressive and quickly,

🇲🇽 Jaime Munguia and Jimmy Kelly 🇬🇧 face off for the first time ahead of 12 rounds of war this Saturday at @HondaCenter#MunguiaKelly | Live on @DAZNBoxing pic.twitter.com/mNNUwLVcEO

“I feel excited to be back in Anaheim. I want to thank everyone for being here. I am happy with my training camp. I think we are well prepared, and we will show it off this Saturday.”

“There have been some opportunities that didn’t happen; let’s hope that they do happen in the future. Jimmy Kelly is a great fighter, he has all my respect, but I think I will raise my hands in victory on Saturday.”

Munguia was rumored to have been fighting former IBF world middleweight champ Daniel Jacobs in this bout, but that fight never materialized and now, it’s an opponent that has many fans and observers rolling their eyes.

Hear Dan Rafael and me breakdown what should be an easy win for Munguia and preview other weekend action on the “Big Fight Weekend Preview” by pressing play below,

As for the little known opponent in the ring across from the Mexican star, he was saying all the right things Thursday,

“At the end of the day, it’s me in the ring. I’ve been to Australia and got robbed, and I came back and beat Kanat Islam. I got an opportunity here, and I’m looking forward to it. I’m going up against one of the best, and I’m confident I will get the job done. I also want one of those Rolexes.”

“They probably don’t give me a chance because I’m quiet; I keep things to myself. I’m a family man at first. That’s my most important job. It’s my daughter’s birthday on the day of the fight. So I’m going to do it for her. I’m not a flashy person and don’t have too much on my name, but I come to fight. I’m going to be fighting my ass off.”

Fighters in the co-feature on the DAZN undercard are Oscar Duarte (21-1-1, 17 KOs) of Chihuahua, Mexico, and his opponent, Mark Bernaldez (23-5, 17 KOs) of Cotabato, Philippines in 10-round super lightweight fight at the Honda Center in Anaheim.