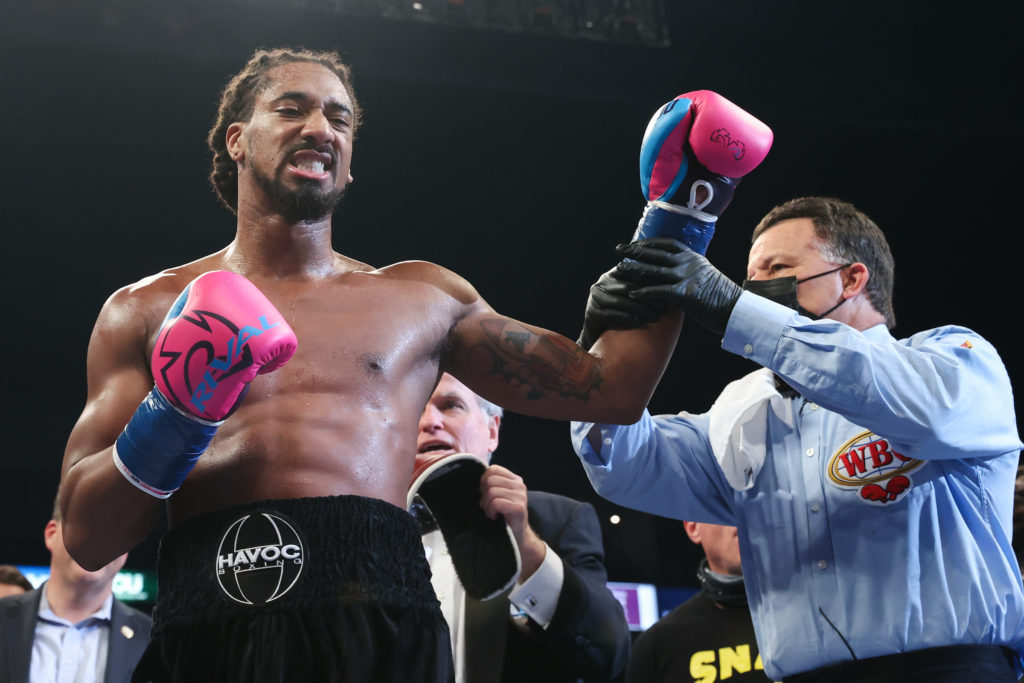 Shoulder Injury Forces Demetrius Andrade Out Of May Parker Bout

Andrade, the reigning WBO middleweight titlist, who was moving up in weight for the bout, was scheduled to face Parker in the main event of a Queensberry Promotions card on May 21 at Pride Park Stadium in Derby, England.

Farris said Andrade initially hurt his shoulder about a month ago in sparring. “He got a shot to dull the pain and he continued to work out,” Farris said. “I went to see him last week and he sparred that night and I noticed he was sparring differently, at a different stance. I said what’s going on here?”

Farris said Andrade has had an MRI and been told he does not have a break or tear. On Monday, Andrade is scheduled to meet with his doctor in his hometown of Providence, Rhode Island, for a more detailed discussion of the results and treatment recommendations. Farris said whatever the doctor says, Andrade will seek a second opinion from the Florida doctor who treated his left shoulder injury a few years ago.

“At the very least he will need to do some rehab,” Farris said. “He had a problem with his left shoulder in the past and he was able to rest it and do rehab. We’re hopeful this time on the right shoulder it will be a similar situation but he won’t be able to fight on the 21st.

”I am excited to be coming over because I am a world champ who has traveled all over the world and been in the lion’s den plenty of times,” Andrade said during the news conference. “Who am I to say I am the best if I can’t go to someone’s backyard and give him an arse-whooping? That is just how it is. Anybody else who lost a purse bid might have pulled out and gone a different route, but that is not me and Zach is going to get the opportunity to have the biggest fight of his life.”

The fight is the last of Andrade’s promotional deal with Matchroom Boxing and Hearn has said he will not look to renew it. Matchroom broadcast partner DAZN is not interested in pouring more money into Andrade, who has been unable to secure a marquee fight because nobody with a big name will fight him.

“Nobody wants to fight him,” Farris said. “They’re waiting for him to get old and then someone will want to fight him. The best opportunity we have is probably (David) Benavidez and he is a monster. Benavidez says he wants to fight Demetrius (after his scheduled May 21 bout with David Lemieux). He’s the only one calling him out on a regular basis and his father (Jose Benavidez Sr.) has contacted our side interested in the fight.”

After Andrade-Parker, if it is rescheduled, Andrade would have to decide whether to remain at super middleweight or return to middleweight and face the Alimkhanuly-Dignum winner.