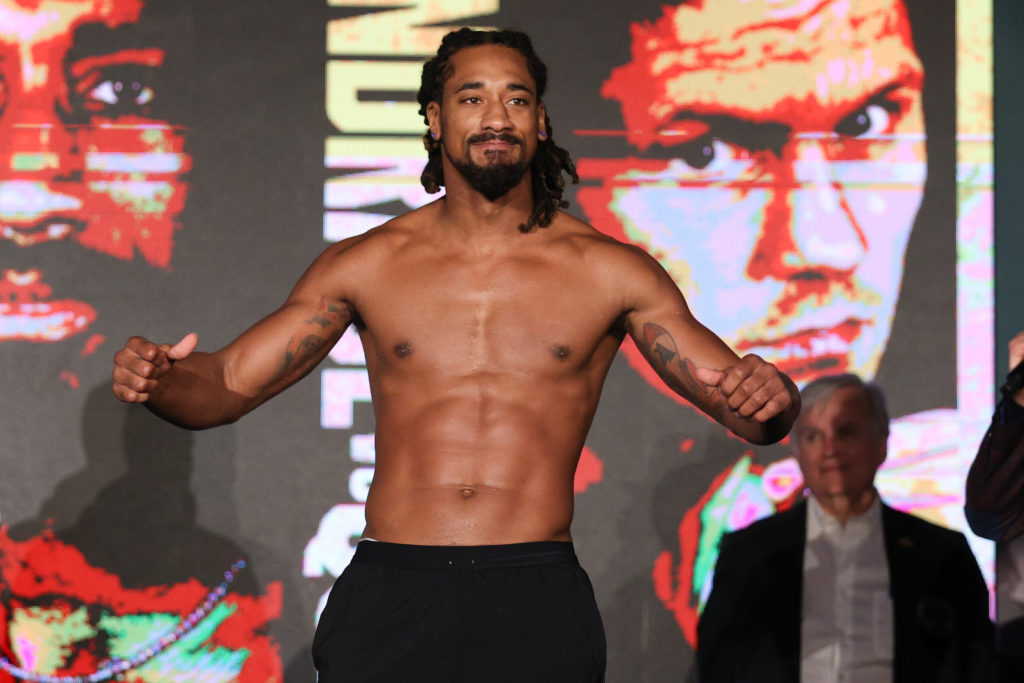 For the second time in two months, Queensberry promotions had trumped Matchroom Boxing and secured one of their fighters for an upcoming Queensberry promoted bout. This, as Frank Warren’s promotional outfit had the highest bid for the upcoming WBO interim Super Middleweight title fight between American Demetrius Andrade and Zach Parker of England.

The World Boxing Organization made official Thursday morning the Queensberry bid of just over  $1.8 million had edged out did Eddie Hearn slightly by less than $100,000 to secure the bout. And, the WBO says the fight will take place May 21st in England,

The organization had already ordered their World Middleweight champ, Andrade to meet Parker at 168 lb. with the winner to either become the WBO’s World champ or at least to be in line as the number one contender to fight Undisputed Champ, Canelo Alvarez down the road.

This is a smaller blow to Matchroom and Hearn, as on the bigger scale, Warren and Queensberry secured the Tyson Fury-Dillian Whyte WBC Heavyweight title bout for April with a whopping $41 million record bid in January.

Andrade, who’s been under the promotion arm of Matchroom and Hearn with his fights airing on the DAZN streaming service, will now be part of Queensberry’s deals with BT Sport television in the U.K. and through Queensberry’s agreements with Bob Arum and Top Rank Boxing will likely end up having the Andrade bout with Parker shown on ESPN+ in the United States.

Andrade (31-0, 19 KOS) is coming off two rounds of quick work against Ireland’s Jason Quigley in New Hampshire in November. It was an impressive performance in the Matchroom main event, as the Providence, RI, native Andrade headlined in his native New England.

And, as we wrote previously, Andrade was slated to meet Kazak Janibek Alimkhanulyin a mandatory defense later this Spring. But, that bout had its purse bid at the WBO headquarters in Puerto Rico called off in favor of Andrade meeting Parker.

The 27 year old Englishman Parker is 22-0 with KOs or stoppages in each of his last five bouts. That includes his defeat of Marcus Morrison by fourth round TKO in Birmingham, England, also in November of last year.