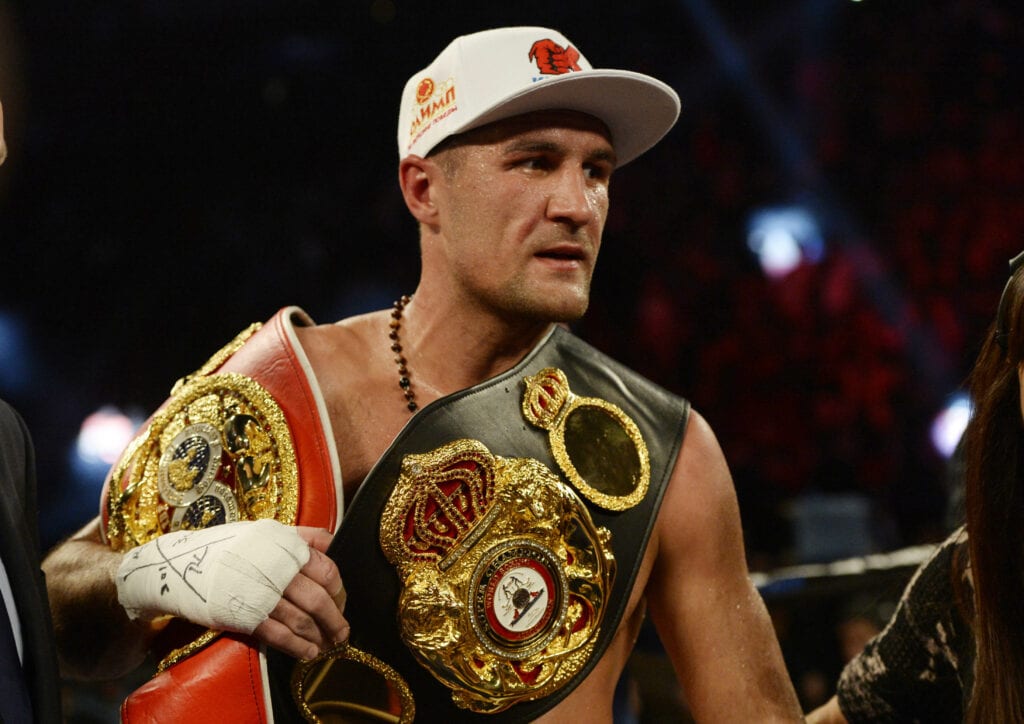 Former WBO Light Heavyweight champion Sergey Kovalev is back in trouble with the law, again. This after authorities in California took him into custody early Monday morning Pacific time for Driving Under the Influence.

Gossip site TMZ was the first to report the 36 year old Kovalev’s arrest, which they say took place around 2 a.m. Pacific time. They did not specify where in Los Angeles Kovalev was stopped but it was done according to them by the California Highway Patrol.

TMZ further reported Kovalev has already been released on his own recognizance Monday morning.

The Russian, 34-4-1, lost his Light Heavyweight championship on November 2nd in Las Vegas to Canelo Alvarez on an 11th round KO. The fight was the largest payday of the Russians career at over $3 million. Kovalev was willing to turn around in less than nine weeks after he had defended his title with a dramatic 11th round TKO of his own over British Challenger Anthony Yarde in his hometown in Russia in August of 2019.

By the way, get a full recap of Wilder-Fury II on the Big Fight Weekend podcast here:

Known as, “Krusher,” Kovalev has regained at least a portion of the 175 lb. title twice previously. This included his rematch win over Eleider Alvarez in February of 2019 by decision. Eleider Alvarez had scored a TKO upset of Kovalev in August 2018. Kovalev has also previously fought and lost both times to American former champ at 175 lb., Andre Ward.

Meanwhile, Monday’s DUI arrest is minor, as Kovalev is also facing assault charges and awaiting trial already in California stemming from a 2018 incident. That when he’s accused of attacking a woman by punching her in the face, giving her a concussion and injuring her neck, This came at party, where the woman allegedly refused Kovalev’s initial sexual advances. Kovalev is facing up to four years in prison time on those charges.

ESPN’s Dan Rafael reported last month that the Kovalev case has been delayed and the next scheduled hearing is for April of this year.

Why we will see Wilder-Fury III
Rakhmanov replaces injured Hawkins on Shobox
Advertisement
To Top
We use cookies to ensure that we give you the best experience on our website. If you continue to use this site we will assume that you are happy with it.Ok