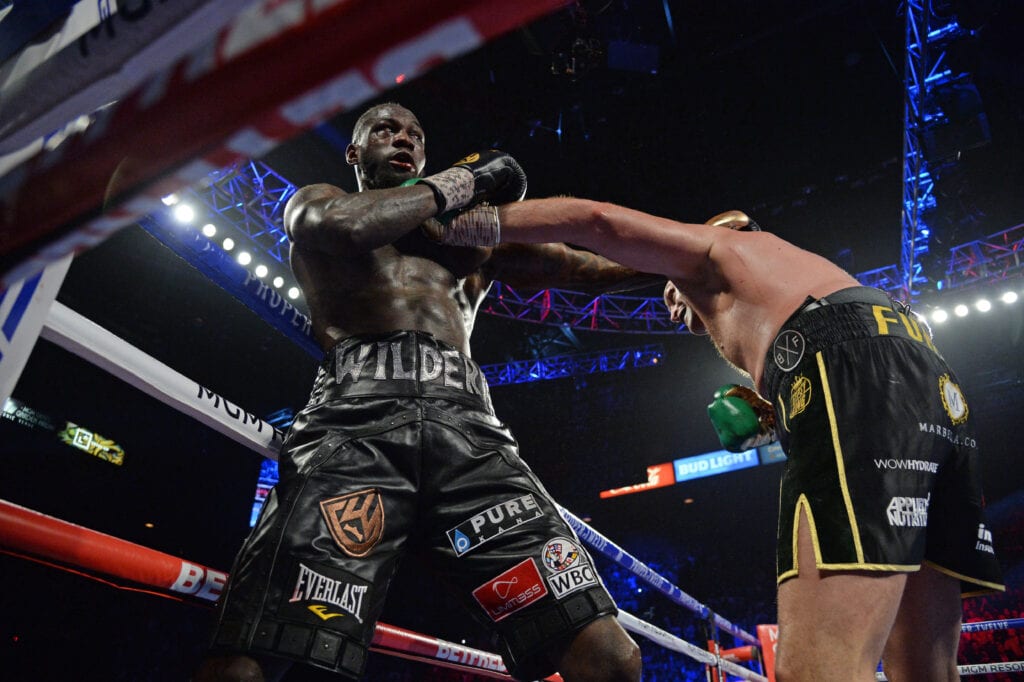 Why we will see Wilder-Fury III

Following the huge rematch of Deontay WIlder and Tyson Fury which crowned a new heavyweight champion, the question the entire boxing community is asking what happens from here.

Everyone has their speculations and ideas about who will be in the ring next for Fury and I’m here to tell you all that next person he will see back in the ring will be the third bout with Wilder.

Listen to our post-fight breakdown of Fury-Wilder II on the latest Big Fight Weekend Podcast below:

Let me run down the reasons why you all should begin planning for the third contest now:

This was a pay-per-view event that was one of the biggest spectacles in boxing no one has seen since the 2015 bout of Floyd Mayweather and Manny Paciquao. Top Rank mentioned on their Twitter that this was the highest grossing gate in heavyweight history on Saturday night. That is only the people who paid to get in to see it live as the pay-per-view at $79.99 USD and worldwide haven’t came in yet.

While not every eyeball that saw the fight paid full sticker, we’ll know how many did in the upcoming days who did. The heavyweight bout was big business and for much was made beforehand about Top Rank and Premier Boxing Champions not working side by side, they all at the end of the daydid to put on this fight.

Some #WilderFury2 venue numbers of note:

One of the biggest sticking points about the bout was the opportunity for the loser of the contest to invoke an immediate rematch.  The rematch stipulation would give the original 50-50 split of this previous bout last Saturday to 60-40 now in favor of Fury. Wilder will have 30 days to exercise that option, something that co-trainer and Big Fight Weekend podcast guest Jay Deas said after the fight.

3. The third fight will setup the possibility of Joshua later in the year.

Anyone leading up to the fight has known that Matchroom Boxing promoter Eddie Hearn has been talking about making a mega fight between the two British fighters in Fury and his own promoted multiple titleholder Anthony Joshua. I’d personally think that it’s usual Hearn promotional talking on that front as Joshua is still looking at an IBF mandatory title defense Kubrat Pulev that needs to be negotiated and to take place before he is stripped.

The rematch for the third Wilder-Fury bout and that winner will more than likely be the bookend that can make a bout for Joshua later on in the year more realistic. After Joshua takes on Pulev, the winner of the third bout should take on Joshua if they can come to terms on when and where a that was the problem when talks broke down between Joshua and Wilder last go around.

The heavyweight division is alive and well.In the meantime, start making plans for the third bout which we should have an idea of once that announcement come thru soon.