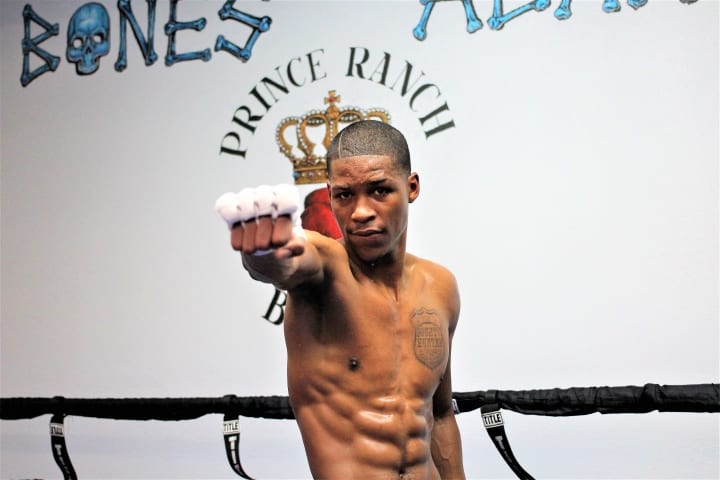 Hunter (11-0, 7 KOs) and Rakhmanov (12-2-1, 6 KOs) first met on February 5, 2019, in an eight-round welterweight contest that resulted in a narrow-split decision victory for Hunter. Although Hunter controlled the action in the early rounds and scored a knockdown in the second, Rakhmanov recovered and landed some heavy blows in the later rounds. The scorecards read 77-74, 76-75 and 75-76.

A great in the making 😤

Rakhmanov, who fought to a draw with Alfonso Olvera on ShoBox in May of 2016, will be making his second appearance on the prospect developmental series and his ninth start at Sam’s Town Live. In his most recent performance on September 20, 2019, he broke down Andre Byrd, delivering punishment to the body for four straight rounds, leading to Byrd taking a knee and ending the fight. He currently trains with Chris Ben-Tchavtchavadze at the Mayweather Boxing Club.

The 30-year-old Rakhmanov, who was born in Tashkent, the capital city of Uzbekistan, was a top amateur with more than 140 bouts, including a Gold Medal win at the 2009 Asian Amateur Boxing Championship. In 2013, he became the national champion of Uzbekistan. After signing with Mayweather Promotions in 2014, he turned pro with an impressive 1:21 first-round knockout over Brett Simmons in June of 2015.

Sergey Kovalev arrested early Monday for DUI
Wilder is not making any excuses but…
Advertisement
To Top
We use cookies to ensure that we give you the best experience on our website. If you continue to use this site we will assume that you are happy with it.OkPrivacy policy