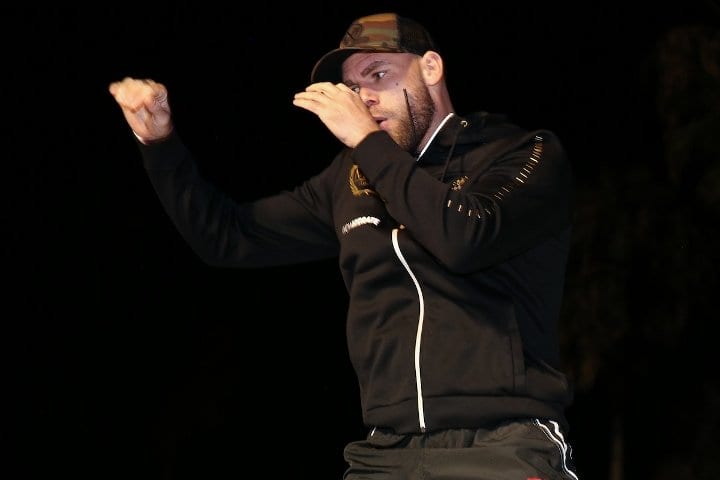 Saunders willing to move up to face Canelo

WBO Super Middleweight Champion Billy Joe Saunders is in action this Saturday, but he plans to have his sights on taking on Canelo Alvarez sometime in 2020.

In an interview with Sky Sports, Saunders suggested that a chance to hand Canelo his second loss in his career but hopefully be at his hands.

“I want Canelo. They keep saying he’s the best. Floyd Mayweather is the only man to beat him, I know I can be the second man to beat him,” Saunders exclusively told Sky Sports.

Saunders feels that the chance to meet up with Canelo is something that’s been a long time coming.

“It’d be a very tough challenge but there is something inside of me that I’ve known since day one when I turned pro. I knew our paths would cross and I’m 100% sure that I’d beat him.

“Give me a fair playing field and I know I have the beating of him,” Saunders said. “I do have the lock to undo ‘Canelo.’ I’m feeling the best I have. I’m ready to rock and roll. I want these big fights.”

Saunders told Sky Sports if he has to move up a weight class to do it, it would be no problem. The new issue is it would create a logjam at 175. Previous Super Middleweight champion Zurdo Ramirez moved up to 175 and is currently the WBO mandatory challenger and would be 1st up to face Canelo if he stayed at 175. Many don’t know what Alvarez is planning after his victory over Sergey Kovalev, but most are speculating that he would move back down to Saunders’s weight class of 168.

“I might move up to 175lbs and then I become mandatory to him. He either fights me or vacates. Give me a fair playing field and I know I have the beating of him. I do have the lock to undo ‘Canelo.’ I’m feeling the best I have, I’m ready to rock and roll, I want these big fights,” Saunders stated.

Saunders will return to the ring on Saturday night to make a voluntary defense against Marcelo Corceres on the KSI-Logan Paul undercard at Staples Center in Los Angeles, California. That matchup will be his Matchroom Boxing debut and will be streamed on DAZN and Sky Sports in the United Kingdom.

Charlo-Harrison 2 made official for December
Fury to Wilder- “Stop using my name for relevance”
Advertisement
To Top
We use cookies to ensure that we give you the best experience on our website. If you continue to use this site we will assume that you are happy with it.Ok